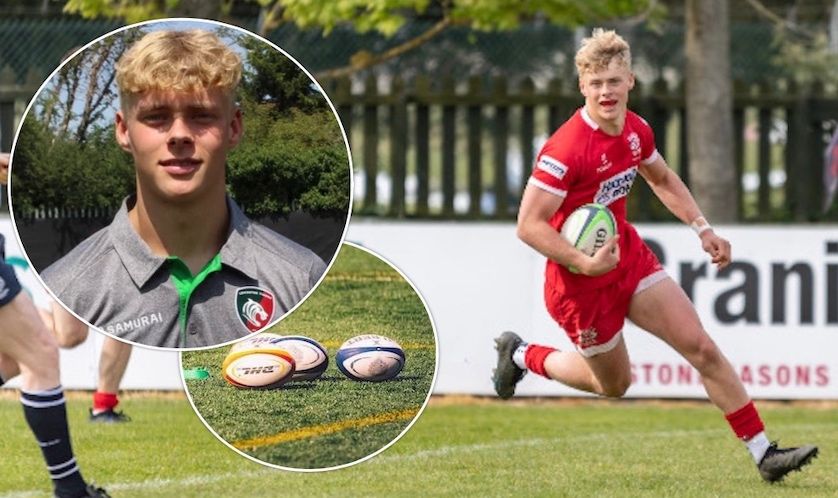 A student from Victoria College has been selected to join the Leicester Tigers senior squad, following a demanding training season to get players to Premiership standard.

18-year-old George Daniels trained with the prestigious Leicester Tigers Academy team last year and has subsequently been selected for the Senior Academy squad for 2022-2023.

The Academy aims to produce players for both Tigers and England, and George is now taking part in pre-season training alongside other contracted players. 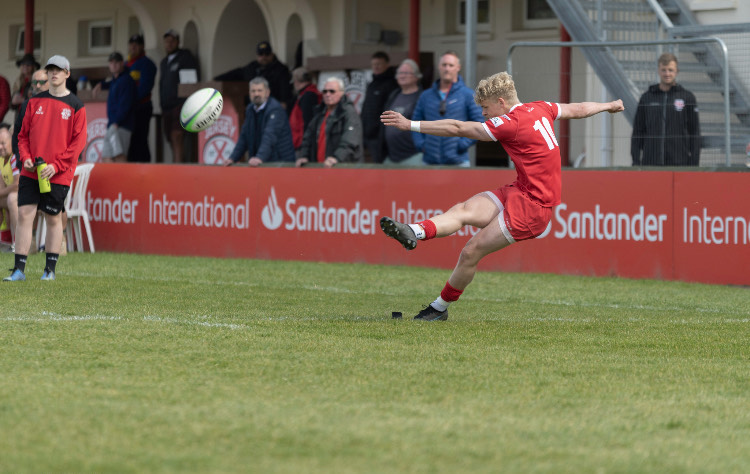 “The aim of the Senior Academy is to get players to a level where they are able to play for Tigers in the Premiership and Premiership Cup.”

George just finished his A-level studies at Victoria College and is now living in Leicester. He is hoping to start at Nottingham Trent University in September, fitting his training around his degree.

“It is likely that I will be playing or training every weekday and possibly Saturdays and will travel down to Leicester 2 or 3 times a week to train with the squad there.”

“The ultimate aim will be to play for Leicester Tigers 1st XV but as the reigning Premiership Champions it is an incredibly competitive environment.

“The Senior squad includes a host of international players. In the short term, the aim will be to train as hard as possible, take every opportunity to learn and improve my rugby and most importantly enjoy the experience!” 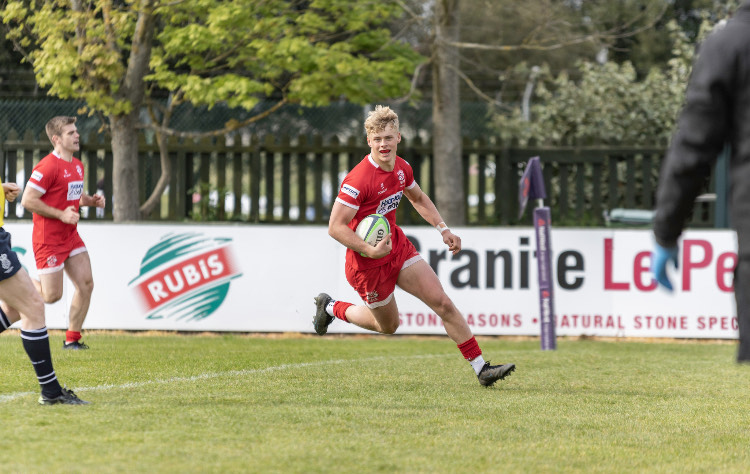 Pictured: George previously trained with Jersey Reds and made his senior debut with the team in March this year. (Jacqueline Ranieri)

“George has been a superb role model at Victoria College and has not only worked really hard at his own academic and sporting development, but also has been very keen to support others.

“I wish George the very best for his new adventure,” he said.

“Being signed to the Tigers Academy does not just happen by chance or luck, George has worked extremely hard to get to this point,” he said.

“He would often leave school in between lessons to attend training sessions with the Reds and started boxing as it was seen to be beneficial for his rugby fitness.

“It is this sort of commitment and passion for the sport that has paid off. I wish him all the success in the future.”