Jersey sure to make a political drama 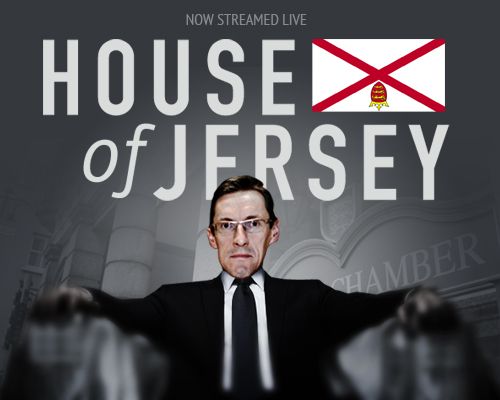 Jersey sure to make a political drama

It’s not quite House of Cards and it’s not quite The West Wing, in fact it’s a bit more like The Thick of It – but now the States of Jersey could be the next must-watch political drama on your tellybox, tablet or phone.

The States are considering streaming video from their sittings for viewers to watch live, or view later.

The head of the States’ committee in charge of procedures and reform has confirmed that they’re looking into filming States debates – and potentially making TV stars out of our politicians.

“It’s about re-engaging with the public,” said Privileges and Procedures Committee chairman Len Norman, who has served more than 30 years in the States.

“We are one of the only jurisdictions that does not have the ability to view the parliament on any form. We will be looking at this over the next couple of months.

Mr Norman – the Constable of St Clement – said that there would have to be a States debate before any move to film and broadcast their proceedings went ahead, and he added that the committee had been encouraged by the number of people who watched last year's election hustings online, which had been higher than expected.