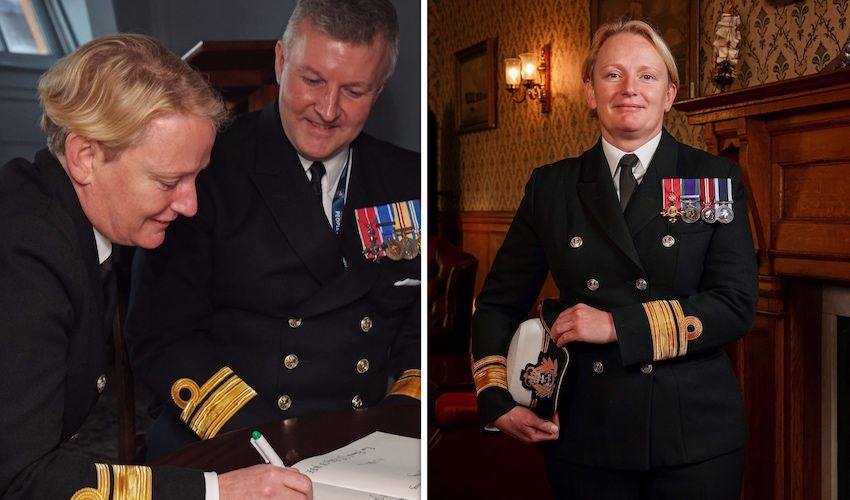 Jude Terry OBE, who most recently served as Commodore, was promoted to Rear Admiral in May 2021 after nearly 25 years in the Navy.

She officially took command on Monday (17 January), and became Director of People and Training and Naval Secretary.

The new Admiral took the reins of her department, where she previously served as Deputy Director, from her predecessor Rear Admiral Phil Hally following a ceremony aboard HMS Victory in Portsmouth.

An absolute honour and a privilege to take over as Director People & Training and the Naval Secretary today. Thanks @RAdmPhilHally And I get a new hat too! @RoyalNavy @navy_women @RNLogsjobs @RNJobsUK pic.twitter.com/h6b8jkOuQK

She now has responsibility not only for more than 40,000 regular and reservist sailors and Royal Marines, but also the Royal Fleet Auxiliary – who operate the Navy’s crucial support ships – as well as civil servants and contractors.

"It is an absolute honour and privilege to assume the post of Director People and Training and Naval Secretary today,” she said.

“Our people and their families are at the heart of our ability to deliver on operations abroad and in the UK. I look forward to leading my team in supporting them, using modern approaches, helping us all to be the best we can be, and building on the work already done by my predecessor.

“Last week, when Vice Admiral Hine left as Second Sea Lord, he said: ‘You should strive to leave the Service in a better place than you found it’. I’m aiming to build on what we’ve done already to continue to do that.” 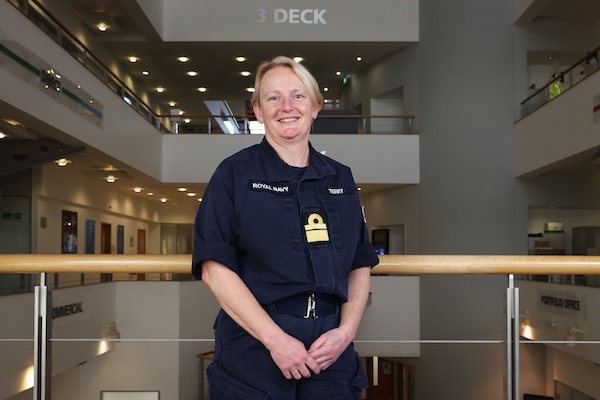 Beyond immediate issues impacting today’s Navy, Admiral Terry’s department is also charged with helping to shape the Royal Navy and its people up to 2040, when there will still be two 65,000-tonne aircraft carriers in service, alongside new Dreadnought-class submarines, three new classes of frigates and a new generation of destroyers.

It will be quite a challenge for someone who joined the Navy in 1997 as a 24-year-old graduate and only planned to stay for eight years.

Her career has spanned the globe, with her role taking her to locations as wide ranging as the Gulf and Middle East, Indian Ocean, Far East and the Caribbean.

On 12-month second draft to HMS Ocean when she spent 10 weeks away in the Baltic and Gulf, and she also was responsible for working with the team producing Channel 4 documentary series ‘Warship'. 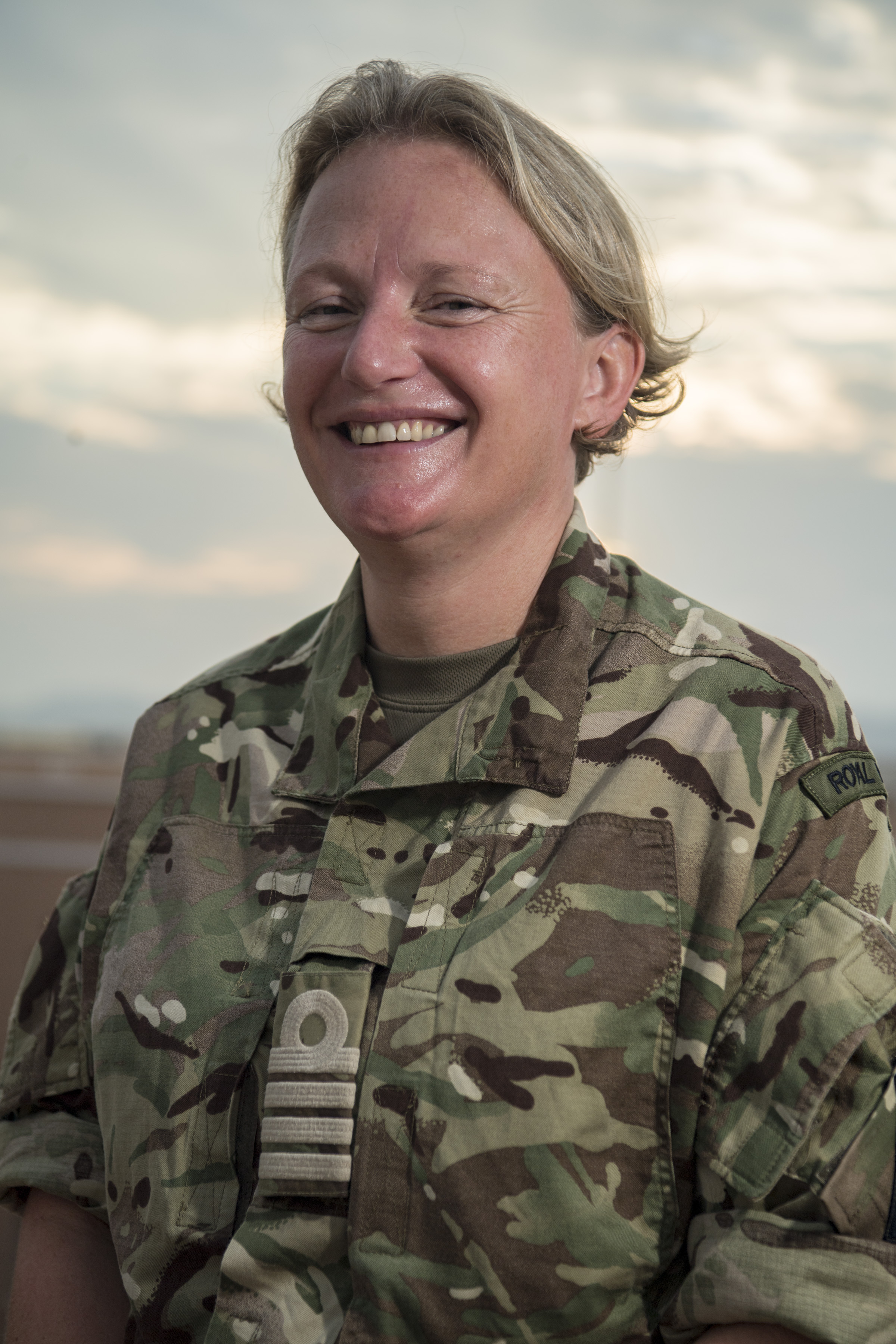 In addition to her work across various staff appointments through the years, she was awarded the OBE in the New Year’s Honours list in 2017 for her efforts during three years at the UK military’s operational hub, Permanent Joint Headquarters.

During her time there, she was involved in the end of Britain’s front-line operations in Afghanistan, overseeing the closure of bases at Saskar Gar, Bastion and Kandahar, and the successful efforts to curb the spread of the Ebola virus in West Africa in 2014-2015.

Women have served in the Royal Navy since the Wrens in World War 1 and have been going to sea since 1990. At the time Admiral Terry joined, no female officer had commanded a warship. Today, there is no position or branch of the Service not open to women.

Admiral Terry said the fact that she is a woman is irrelevant to her post and rank, simply remarking that “someone has to be first”. It looks like she won't be the last as there are currently four female commodores, the next rank down, and 20 female captains. 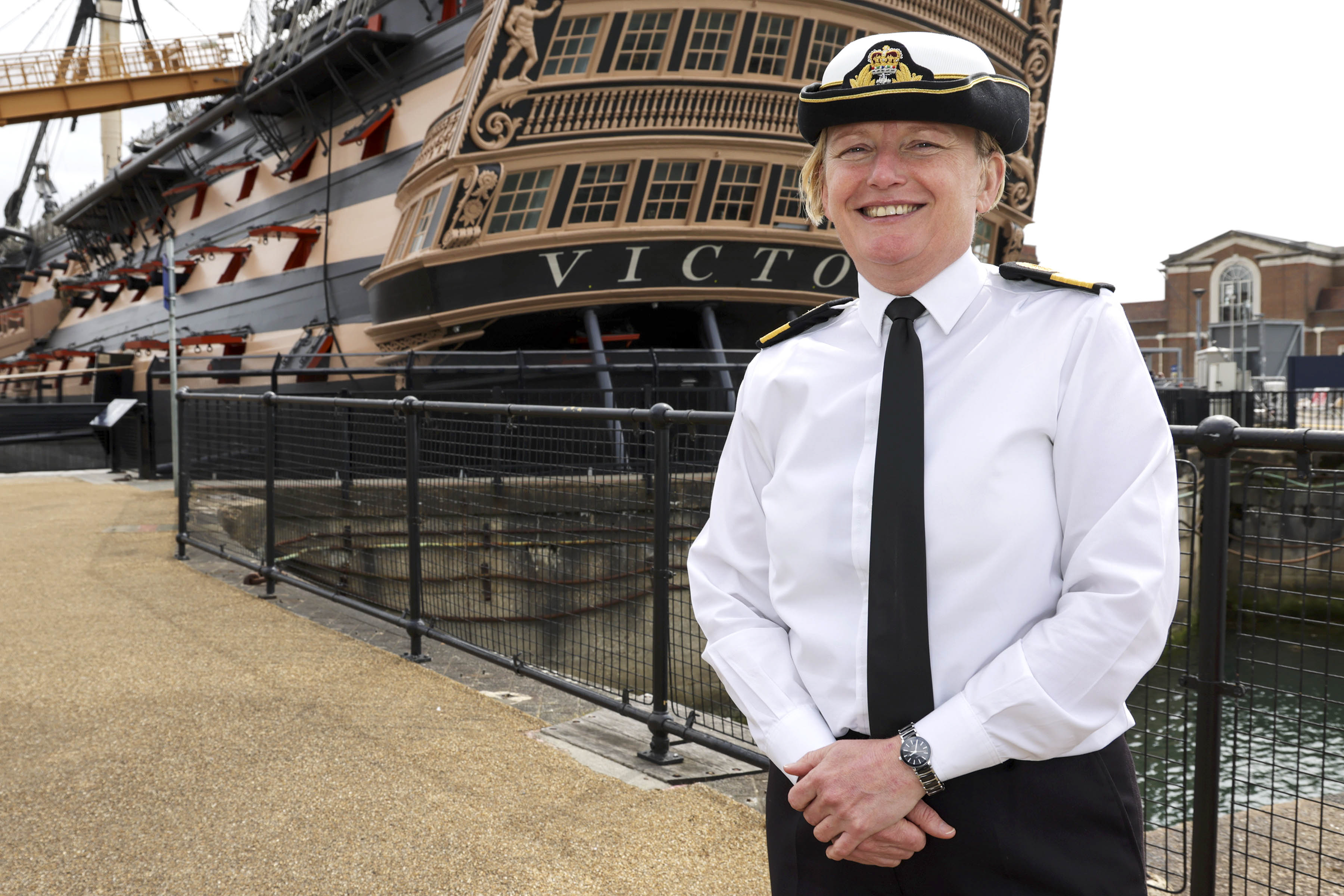 Passionate about diversity, inclusivity, equality and social mobility, Admiral Terry believes talent, ability and dedication are the only factors determining success: background, education and patronage count for nothing, what you personally bring to the Royal Navy is everything.

“The world has changed in terms of what people want from life and careers, whatever their gender, and the Navy needs to work to modernise our organisation to support this change – a diverse and inclusive workforce is a better place for all but is also proven to deliver better outcomes,” she said.

First Sea Lord Admiral Sir Ben Key said Admiral Terry is “a great example of all the amazing women serving today – and a role model for all who serve and those who follow.”