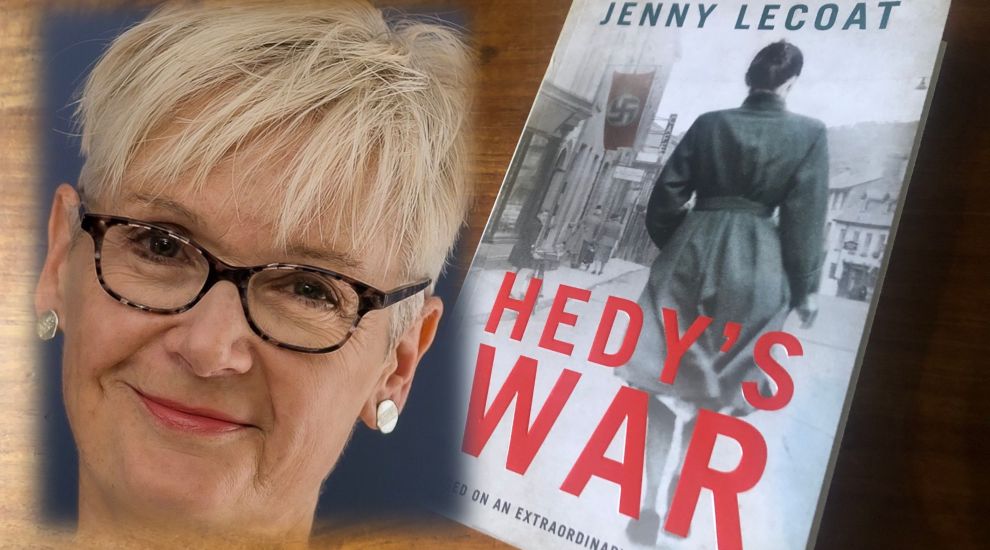 A Jersey writer celebrated for her work in film and television is this week launching her debut novel inspired by an “extraordinary” true story set during the island’s Occupation.

In time for the 75-year anniversary of Jersey being freed from Nazi Occupation, Jenny Lecoat’s debut novel ‘Hedy’s War’ will be launched online this week.

No stranger to taking inspiration from her birthplace’s history, Jenny’s major film ‘Another Mother’s Son’ drew on her own family’s heritage, centring on the life story of her great-aunt, Louisa Gould, who was one of the 14 islanders who died in camps during the Second World War.

Born in Jersey and with a background in stand-up comedy, journalism and screenwriting, Jenny has now turned her hand to novel-writing.

Also based in Jersey during the Occupation, ‘Hedy’s War’ is based on the true story of a young Jewish woman who fled Vienna after the Anschluss and found herself trapped in Jersey by the German invasion of 1940.

Despite being Jewish, Hedy manages not only to secure work with the Germans, but also exploits her position to help the local community; until a betrayal forces her into hiding.

Jenny’s novel tells of how, in Hedy’s fight to avoid deportation to the camps, two unlikely relationships become vital to her survival; her friendship with a local woman, and her romance with a serving German officer.

Speaking about her first book, Jenny says: “There have been various narratives about the Channel Island Occupation through the decades, but I see it as a complex period that produced both cruelty and kindness, cowardice and courage, as does every conflict.

“This book is an attempt to capture the spirit of a history that is still often forgotten, while the story at the heart of it celebrates the ultimate triumph of the human spirit.”

‘Hedy’s War’ will be launched online on Thursday (7 May) in association with the Jersey Festival of Words where she will be interviewed by Festival Committee Member Simon MacDonald.