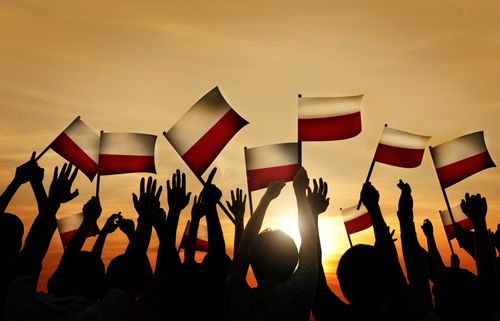 The head of a weekend community Polish school has criticised the Education department over its lack of support after the school was temporarily forced from its site in May.

Jersey’s Polish School had been based at d’Auvergne School for the past four years but had to leave the site following the department’s concerns over safety standards when building work began there.

The school’s 120 pupils – who attend on a Saturday morning to learn about Polish language, culture and history – found a temporary home at the Town Hall thanks to St Helier Constable Simon Crowcroft, before being allowed back to d’Auvergne.

But the head of the school has criticised the Education department – and Education Minister Rod Bryans – for not doing enough to help them.

He has responded saying that he’s glad all of the issues have been resolved, and that his department helped them to meet safeguarding standards required for everyone who uses Education department property.

Dominika Nalichowska, Head of the Polish School, has thanked the headteacher at d’Auvergne, Cris Lakeman, and Polish Honorary Consul Magda Chmielewska for their support, but says that the Education department were not as helpful.

She said: “I was really disappointed with the Minister of Education Rod Bryans as he didn't help at all when we needed his help most.

“His lack of support, engagement and simple understanding of the needs of multilingual children is very upsetting as this is not what you would expect from the person responsible for good standards of education and equal opportunities for children from different backgrounds.”

With a focus on teaching Polish to children born in Jersey, the school is one of two of its kind in the Island.

As well as lessons in Polish language and literacy, the children learn about Polish geography, history and culture. Parents pay £40 per month for their children to attend the Saturday morning classes which conclude each week with drama, chess, or dancing lessons.

Responding to the comments, Deputy Bryans said: “We are pleased that the Polish Saturday School is back at D’Auvergne and previous issues have been resolved.

“Staff at the department have given them every possible support to meet the safeguarding standards, which are a condition for every group or private business that hires ESC buildings.

“This is to ensure the safety of all young people when they are on our property. We fully support community use of our premises and are always happy to advise lessors, particularly over child protection requirements.”

Mr Crowcroft has praised the school, saying that it’s an important community initiative.

He said: “The children attending the school are Jersey-born children from Polish families who risk losing touch with their ancestral culture.

“It’s importand that these children are educated in Polish and are able to keep their mother tongue alive.

“Polish culture enriches the overall culture of Jersey and adds to our experience of the Island.”