"Jersey's history is being rewritten" 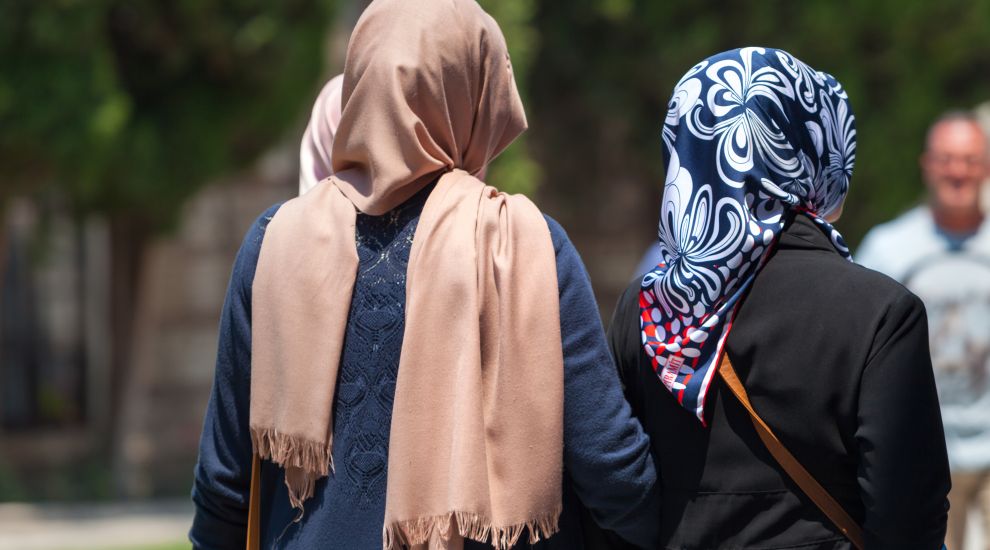 "Jersey's history is being rewritten"

A Muslim woman who was born in Jersey has said that the racist abuse she received whilst living in the Island was so bad that she and her family were forced to relocate to the UK.

Speaking anonymously, she told Express about the catalogue of abuse both she and her family received over a period of 20 years throughout the 90s and 00s, including from her own neighbour.

“My racist neighbours used to scream "n*****" at my children, and physically attacked them on one occasion… On another occasion, another neighbour, who harassed me constantly for six years, calling me names and making nasty comments every time she saw me, hit me around the head and tried to rip my hijab off. She then proceeded to chase me around a parked car full of children, screaming obscenities about Muslims and saying she was going to "teach me a lesson”,” she said.

“I have been spat on in town, and attacked on the bus, hit in the head, and no one said a word.”

“There are so many more incidents that happened over a period of 20 years, these are just a small handful,” she commented.

Despite having come from a family with several generations of Jersey heritage, she said that the abuse resulting from her conversion to Islam – which included wearing the hijab voluntarily – grew so aggressive that it left her with no choice but to start a new life in the UK.

“We left the Island, and I can't return even to visit my family because it is just devastating, and it holds so many terrible memories for me."

Pictured: The woman thinks that racist abuse has worsened over the past 20 years, especially on social media.

The woman explained how she feels that racial tensions in Jersey have, “…become so much worse in the last 20 years”, and expressed concerns that the once tolerant nature of islanders has changed.

“I love Jersey, and I still find it hard to believe that it has become a place filled with so much hate and racism. This isn't the Jersey I grew up in.”

“I come from a very old Jersey family, our family tree on my father and his father's side goes back to since records began, and all of my family members have married people from other countries and nationalities, including Scots, Jamaican, Chinese, Australian, Norwegian, Brazilian, African, Arab, Romany gypsy. Our family’s religions include Judaism, Christianity Hinduism, Buddhism, Islam, and we have a good sprinkle of atheists and agnostics.

“By the very nature of being an island, we have always welcomed people from around the world, from all nations and all religions. In our local graveyard is a Muslim, Abdul Rahman, who fell in love on the Island and married a Jersey woman in the 1800's. He is described on his headstone as her “beloved husband”.

“This is the Jersey way. As an island we have always welcomed people from around the world, and people have fallen in love and had families. This is who we are as a people.”

But she said that she feared, “…Jersey’s history is being rewritten."

She said that her family decided to endure prejudiced attitudes, having never seen "justice" for the verbal and physical attacks against them.

"We learnt to take it all on the chin and not to complain, because our lives will simply be made worse."

Malcolm Ferey, Chief Executive of Citizens Advice Bureau, said that action can be taken under three different channels: the Discrimination Law, the Telecommunications Law or by reporting people for conduct likely to cause a breach of the peace. 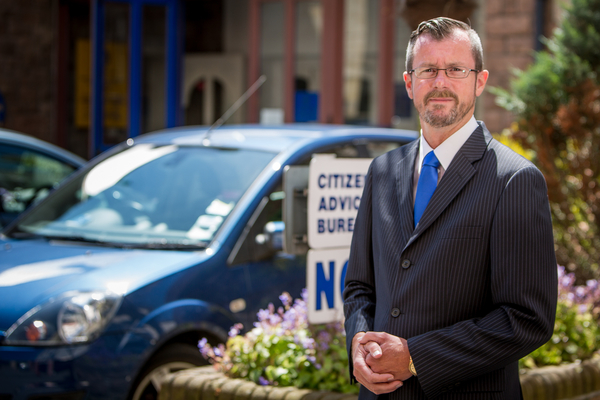 "When it falls into the sphere of telephone calls, social media, etc, then it will come under Telecommunications Law. What it says is that any message or other matter that is grossly offensive, of an indecent, obscene or menacing character, is enough to be a breach against that legislation.

"However, if someone was walking down the street shouting racial abuse, that might come under conduct likely to cause a breach of the peace."

"The Discrimination Law will apply when it’s in the employment situation or education, provision of goods, facilities and services, access to public buildings, members clubs. That’s where the Discrimination Law, which covers the protected characteristics of race, sex, sexual orientation, gender reassignment, pregnancy, maternity and age," he commented.

While the Discrimination Law only applies institutionally, "...where it does win is helping to change hearts and minds," Mr Ferey added. 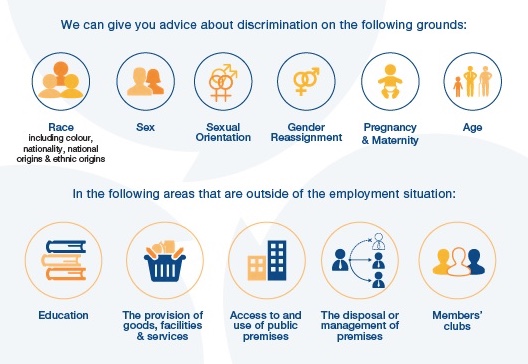 Pictured: Areas in which Discrimination Law applies, according to CAB.

"What isn’t acceptable in workplace buildings does filter through to the rest of society. That’s why these type of comments have been made on Facebook and other social media platforms in the past, but now people recognise there’s protection against discrimination in general, they’re more likely to make a complaint. The Police will act once they’ve had a complaint."

Posted by Mazdak Revolution on Feb 8th, 2017
This article actually made be sick in the stomach. I always want to think the best of our community but when disgusting stories like these show up I feel like punching a wall.
What is more revolting is how this poor women was physically attacked in public! Of course nobody did a thing. Whoever committed the attack and those who turned a blind eye should feel ashamed.
But unfortunately racism and bigotry is on the rise in Jersey especially on certain FaceBook pages that encourage this sort of behaviour.
I hope we as an island have time to rectify this injustice and stomp out racism and bigotry before it can become even more ugly.
To place a comment please login Login »