Have your take on Jersey's Occupation 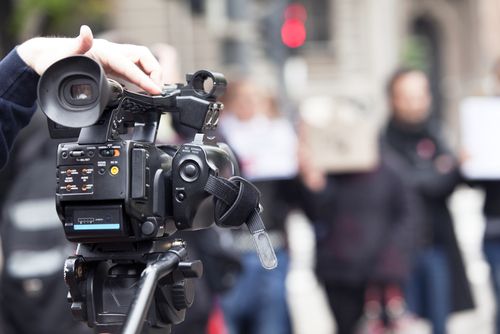 Have your take on Jersey's Occupation

Time is running out for budding and professional filmmakers to shoot a short film to mark 70 years of the Island’s Liberation and be in with a chance of winning £5,000.

The competition is being run by Jersey War Tunnels and Islanders have until 1 November to get their cameras rolling and make a film up to ten minutes' long about the Occupation.

Tens of thousands of visitors will get to see the winning film on the silver screen next year when it is played out in a new exhibition at the Tunnels.

Jersey War Tunnels Operations Manager Kathy Bechelet said: “This is a very exciting competition for Jersey War Tunnels and a great chance for Islanders to have a real impact on our new exhibition. There’s still time to get entries in and so much scope for what could be produced. We encourage all schools, clubs and individuals to create an entry and help us to commemorate this very special date.”

The competition is open to people of all ages but the film must be shot on the Island.

Jersey Arts Trust Director Tom Dingle said: “I would encourage local filmmakers, producers and others with experience to make the most of this fantastic opportunity. We have so much local talent and this competition gives Islanders a unique chance to exercise those skills and also generate income to further their careers.”

You can pick up an entry form from Jersey War Tunnels, the ITV Channel Television Studios and The Refinery in Peter Street or you can download one from www.jerseywartunnels.com/film-competition/