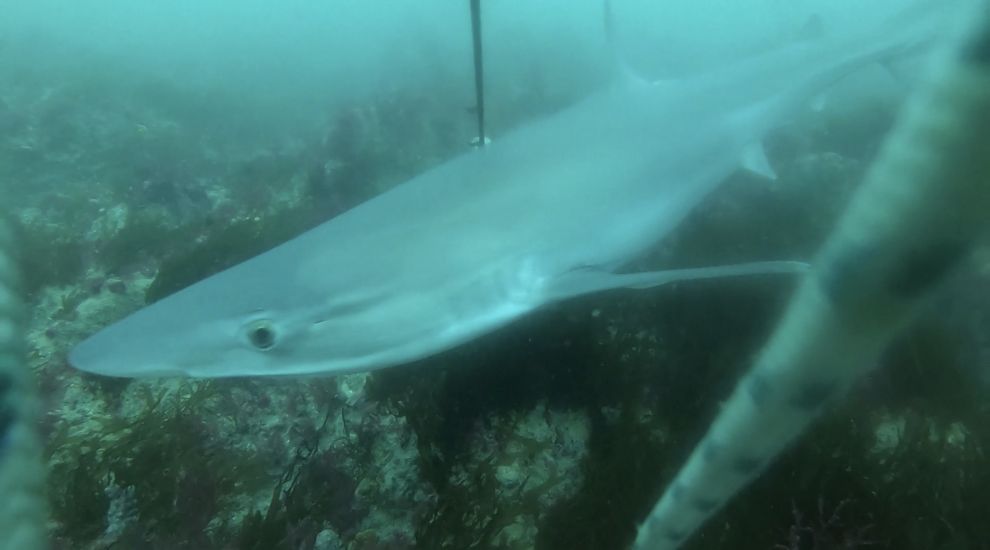 Some of Jersey’s most discreet residents have been captured on camera in crystal-clear definition.

While many islanders can claim to have spotted a dolphin or seal around the island and our offshore reefs, seeing sharks, rays and eels is more unusual.

But these more elusive creatures have recently been filmed by a local PhD student in glorious technicolour.

Video: Tope, cat sharks, stingrays and cuttlefish have all been captured in crystal-clear definition.

The 26-year-old former Hautlieu student captured the sea life using a number of cameras suspended just above the seabed, close to some bait.

They were positioned off the Écréhous, Minquiers and the southeast corner of the island.

Now at Plymouth University, Miss Blampied is studying the habitats and marine species associated with Jersey’s Marine Protected Areas, which includes the reefs.

“I’ve managed to capture some close-up views of tope sharks while they circle the bait,” she said. “People don’t need to be worried, though - they eat fish, not mammals and they would swim away before anyone they could get a glimpse of one." 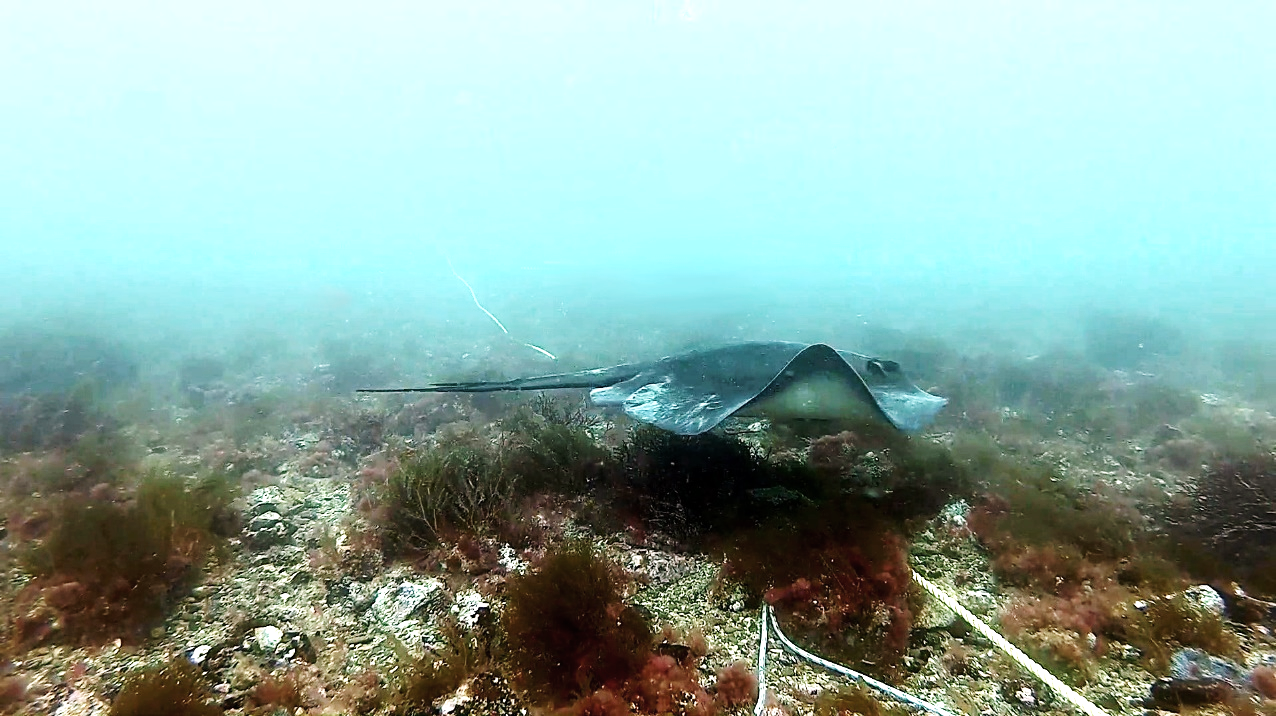 Pictured: A stingray glides through the water.

She continued: “As one of the apex - or top-level - predators in this region, they are a sign of a healthy ecosystem so it is amazing to see them.

"Unfortunately, they are sometimes caught as bycatch, or for food in some countries, so they are now listed as vulnerable.

“They can live for up to 55 years but they are slow to recover from population declines so protected areas, like Jersey’s, help to conserve this species.”

Other animals caught on camera included stingrays, cuttlefish, cat sharks and smooth hounds, crustaceans, conger eels, and a variety of fish from bream to bass. 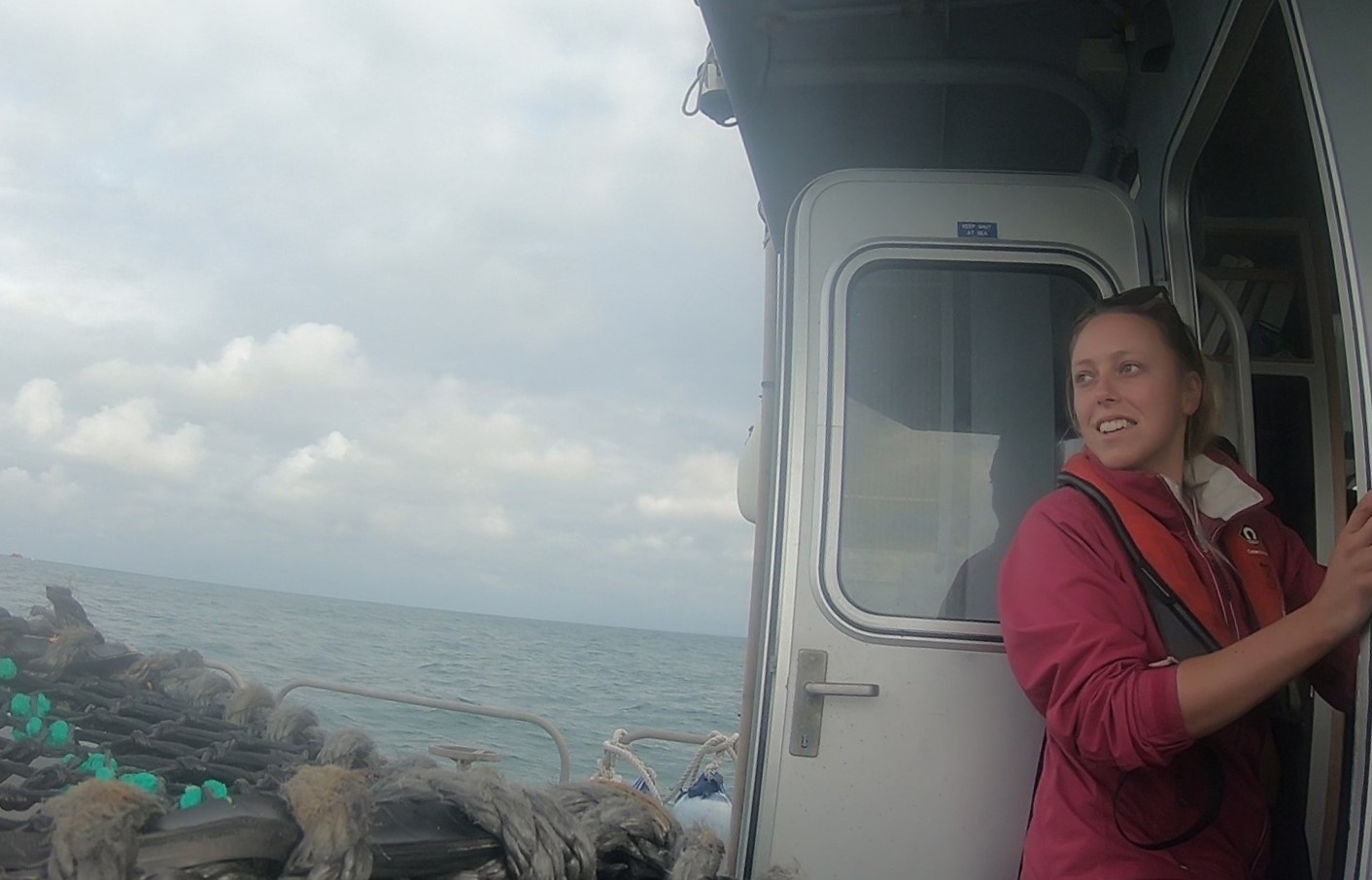 Pictured: Samantha Blampied is a PhD student at the University of Plymouth.

The cameras, which have been placed this summer, are only submerged for an hour before being lifted.

To carry out her research, Miss Blampied has been helped by the States of Jersey Marine Resources Team, Jersey Marine Conservation and several fishermen who have taken her to the reefs.

She has been funded by a combination of grants from the Howard Davis Farm Trust, The Ecology Fund, The Countryside Enhancement Scheme and the Marine Biology Section of the Société Jersiaise. Her PhD forms part of a wider project that is funded and supported by The Blue Marine Foundation.

Could you make the cut? Slaughterman seeks apprentice