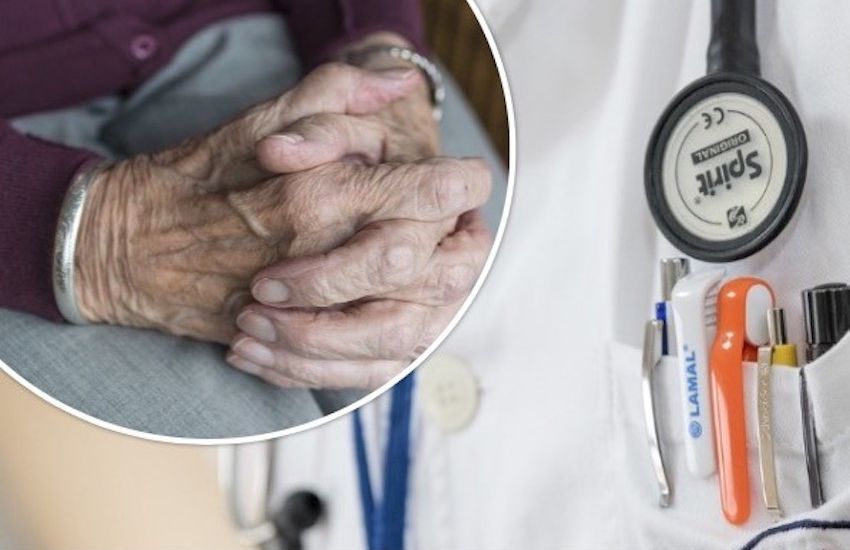 A ‘jury’ of islanders is being assembled to consider whether assisted dying should be made legal in Jersey, the Health Minister has announced.

The issue of legalisation has reared its head in the UK, Guernsey, and recently the Isle of Man, which was not able to reach a conclusion.

In an open letter sent to States Members this afternoon, Deputy Renouf therefore said there was a need for Jersey to take a “different approach” to these jurisdictions.

“I and other Ministers recognise that there are legitimate calls for our Assembly to consider the issue of assisted dying; but we also recognise that simply rehearsing the debates of our near neighbours is not satisfactory,” he said.

“…We need to ensure that our Assembly, and other key stakeholders, have an in-depth understanding of our community’s response to the medical, ethical, legal and regulatory issues associated with assisted dying before we launch into debate.”

He is therefore proposing the creation of a ‘Citizens’ Jury’ of between 12 and 24 Jersey residents.

Each will be chosen via random selection, and together form a representative sample of the population.

The group will then be asked to meet over three weekends in the spring and summer of this year, with ‘expert witnesses’ appearing before them to answer questions on assisted dying.

In common with the Citizens Assembly for climate change, they will be asked to produce a report with recommendations that each member has voted and agreed on, which will in turn be considered by the Council of Ministers.

States Members will then be invited to debate the recommendations in December. 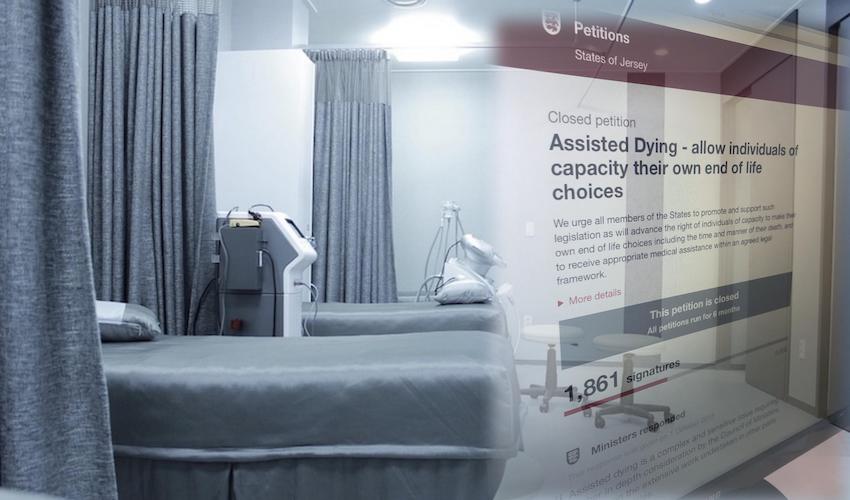 The Health Minister explained that an ‘independent advisory panel’ will also be established to oversee the jury recruitment process and structure of jury meetings.

The panel will be made up of up to five independent people with a “neutral” position on assisted dying, such as community leaders, academics or lawyers, whose names will all be put in the public domain.

The move follows the creation of an e-petition in 2018 in favour of assisted dying. It garnered 1,861 signatures and was followed in 2019 by a public survey that indicated that there are people in Jersey’s community who would support its introduction.

READ the full letter below…

Earlier this month I made a commitment to publish details of the Citizens Jury that will be established to consider the issue of assisted dying in Jersey (WQ.57/2020). The purpose of this letter is to provide that information.

In 2018, an e-petition was launched calling for the States Assembly to amend Jersey law and allow for assisted dying.  1,861 people signed that petition. This was followed in 2019 by an on-line public survey, an on-line GP/doctors’ survey and a public meeting - all of which clearly indicate that there are people in our community who support assisted dying.

Jersey is not unique in this regard. It is also known that there are levels of community support in the UK, in Guernsey and the Isle of Man - all of which are culturally similar to Jersey and are very closely aligned in terms of legislation, health care services and medical professional practice.  Each of those jurisdictions has already grappled with the issue of assisted dying and has determined not to permit assisted dying, or has been unable to conclude whether or not to permit, as illustrated by the recent debate in the Isle of Man. This is despite community support in those jurisdictions, and others having already legislated in favour (e.g. the Netherlands and certain US States).

I and other Ministers recognise that there are legitimate calls for our Assembly to consider the issue of assisted dying; but we also recognise that simply rehearsing the debates of our near neighbours is not satisfactory. We need to learn from their experiences and take a different approach to the assisted dying debate; we need to ensure that our Assembly, and other key stakeholders, have an in-depth understanding of our community’s response to the medical, ethical, legal and regulatory issues associated with assisted dying before we launch into debate.

We will take steps towards achieving this knowledge and understanding via the establishment of a Citizens’ Jury.

A Citizens’ Jury is an established and highly regarded participatory process which allows citizens to explore and deliberate on value-laden or controversial issues. Issues such as assisted dying where knowledge may be contested (because it may be subjective or based on personal experience) or where there are important cultural, ethical or social implications.

A Citizens’ Jury usually consists of a small group of people (c. 12 to 24) who come together to deliberate, in-depth, on a given issue – which is framed as a key question - over a given number of days. Those people are selected at random but ensuring they are representative of the demographics of a given area, as distinct from being known campaigners or proponents on either side of the issue.

The processes associated with establishing and running a Jury are overseen by an Independent Advisory Panel who ensure integrity; independent facilitators support jurors in their deliberations, and expert witnesses provide information and input, ensuring that the Jury hears a full range of perspectives.

I have set out below a step-by-step process explaining what will happen and when it will happen. I appreciate that some members have wished for a shorter timeframe but it is clear that the insight and understanding provided by the Citizens’ Jury will allow a more meaningful debate. Engaging our citizens in participatory policy making will help Jersey to better navigate this complex issue.

An independent advisory panel (“the Panel”) will be established to oversee and maintain the integrity of the Jury process. The Panel will have oversight of the Jury recruitment process and structure of Jury meetings, including the key question(s) for deliberation by the Jury and the expert witnesses invited to present to the Jury.

The Panel will include approximately 3 - 5 independent people who hold a neutral position on assisted dying (for example, community leaders, academics, lawyers). The names of Panel members will be in public domain. The Panel recruitment process will commence in March.

The Panel will be asked to consider the key question(s) for deliberation by the Jury ahead of the Jury recruitment process.

Members of the Jury will be recruited by a specialist independent consultancy in late spring / early summer. The consultants will use sortition -  a process of random sampling - to ensure the Jury consists of a demographically representative group of 12 to 24 Jersey residents.

It is up to individual jurors to decide if they want to publicly disclose that they have selected for the Jury.

The Jury will meet over three weekends over the spring/summer of 2020.

The first meeting will be dedicated to supporting jurors to understanding the process that they are about to embark upon. The following meetings will include:

The jury process is not open to the public to ensure that jurors feel comfortable in expressing their opinions without outside pressure. There may, however, be authorised observers who attend the jury sessions.

It is anticipated that the report and recommendations will be approved by the Jury in autumn unless the jurors determine that more time is required to finalise / agree the recommendations.

The Jury’s report and recommendations will be presented to the Assembly for consideration. Depending on the content of the recommendations, the process of consideration might best take the form of an in-principle debate or an in-committee debate; it is difficult to pre-empt what form the debate should take without knowing what the Jury will conclude/recommend.

Either way, I will work with the Council of Ministers to ensure the Government publishes a clear response to each recommendation.

It is anticipated that the debate will take place in December subject to the Jury having finalised their report and recommendations.