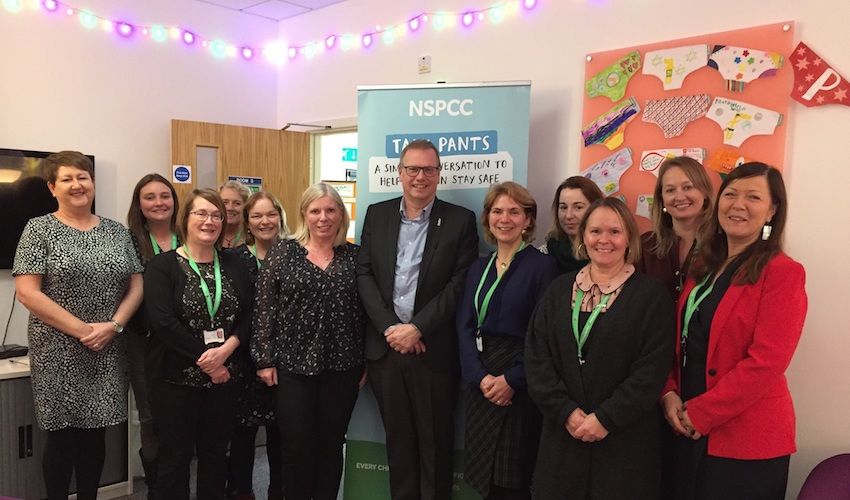 A man who has spent nearly 30 years of his life volunteering for a local children's charity is one of three islanders to have been honoured for their “selfless commitment” and “overwhelming contribution” to protecting children and young people.

The trio, who are all members of the NSPCC Jersey’s Fundraising Committee, were recognised by the Regional branch of the charity earlier this month for their contribution to the charity’s mission.

Sarah said: “It is crucial that we recognise the unwavering support of volunteers like Nicola, Paul and Laura, who do so much year after year to ensure NSPCC Jersey is able to continue to help protect the island’s children.

“Fundraising plays a huge role in being able to offer the services and campaigns that we do across the island, and we are indebted to volunteers for their tireless support.

“I had the distinct pleasure of presenting Paul with a loyal service award, and Laura a merit award. Nicola will attend a meeting in London in January 2020 where she will receive her special award in front of senior executives and volunteers from across the UK.”

NSPCC in Jersey organise multiple fundraising events to support their services run out of its centre on Stopford Road which offers support to children who have been sexually abused as well as helping expectant parents at risk of experiencing low mood or anxiety.

Paul has been actively involved in supporting the NSPCC in the Channel Islands, and has been treasurer of NSPCC Jersey for almost 29 years, having previously held the same post for the charity in Guernsey.

Pictured: Paul has been part of the charity for almost 29 years. (NSPCC Jersey)

Of Paul’s contribution to the charity, NSPCC’s Head of Supporter Fundraising for the Channel Islands, Nigel Impey, said: “Paul has been an essential component in not just ensuring that we raise vital funds but also that we account for and manage those funds appropriately.

“It is in no small part due to Paul’s continued leadership in the Jersey Branch, coupled with the respect and influence he has within Jersey and with fellow committee members and supporters, that we have continued to raise tens of thousands, and in some cases, hundreds of thousands of pounds each year.”

Also a recipient of an award, Laura joined the committee in 2009 and has been a very active organiser of events ever since. She has been key in organising the biennial Jersey Ball, which is one of the main events the charity’s fundraising calendar, and is due to take place again in June 2020.

Of her work with the charity, Nigel commented: “In recent years, Laura’s leadership and management of every aspect of this event has taken the Ball to new heights.

“She is the inspiration behind the Ball’s theme, the creator and driver of the activity and relationships required to make the event happen, and the tireless worker behind the scenes and in front of the audience to make the Ball a success every time it is held.”