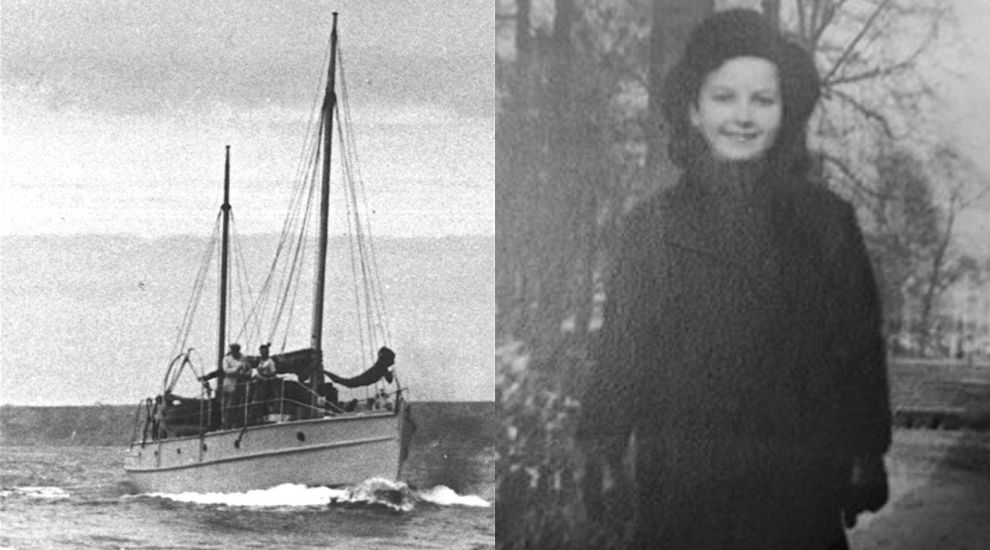 The last known survivor of ‘Little Dunkirk’ is visiting the island this weekend for the first time since she was evacuated from Saint Malo by a Jersey boat on 16 June 1940.

91-year-old Irène Probstein, who lives in Brookline, Massachusetts, will return this weekend with members of her family to participate in a number of events to mark the anniversary of the evacuation.

On 15 June 1940, responding to a request from the British Admiralty, a flotilla of 18 boats, mostly manned by members of St Helier Yacht Club, sailed overnight to rescue British troops and other survivors who had reached the Port of Saint Malo before the advancing German army.

Mrs Probstein, then nine years old, travelled on a boat called the Callou owned by the Langlois family, who not only played a great part in her rescue but went on to show the family a great kindness and generosity.

The involvement of the yacht club in the evacuation remains a source of great pride and members continue to mark the anniversary every year with a race and visit to Saint Malo, displaying the defaced red ensign, which was awarded as a battle honour in recognition of its achievement in 1940.

Mrs Probstein – then Irène Weindling – had travelled to the Breton port with her mother and elder brothers Sylvain and Irwin. The family had lived in Antwerp but they fled to Paris when the Germans started bombing the Belgian city. 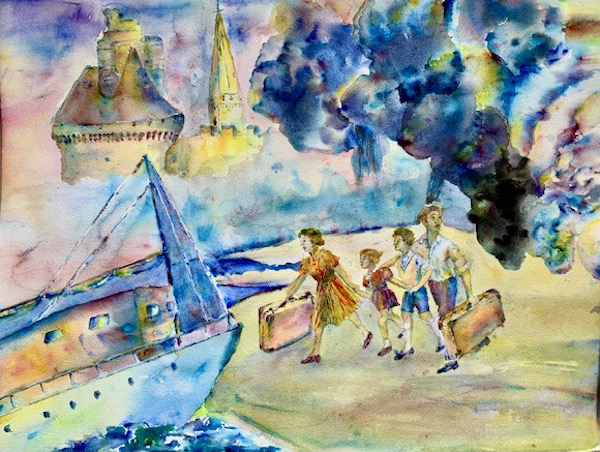 Pictured: A watercolour of the family's escape painted by Irène.

With their father remaining in Paris, hoping to make contact with Irène’s older brother, who had been taken prisoner, the Weindlings continued to Dinard, hoping to get to Bordeaux by train.

But with that route closed, and the German Army bearing down, the family found salvation through the heroism of the Jersey fleet, which was strafed by the Luftwaffe on their return to St. Helier.

The family spent the night in Jersey, hosted by the Langlois family at their farm at Longueville, and set sail for England the following day.

In September 1940, they joined a British convoy which sailed to America. Their ship made it through but not all did.

On Saturday, Mrs Probstein with family members will visit Saint Malo to inspect the Jersey fleet, which will be moored in the Vauban basin.

She will also visit the slipway from which she boarded the Callou in 1940.

Among the fleet this weekend will be ‘Elvin’, a sister ship to Callou. Elvin is a 35ft motor yacht built in 1935, a veteran of the evacuation of Dunkirk and now owned by the brother of St. Helier Yacht Club Commodore, Rhys Perkins.

Pictured: A fleet of Jersey boats will be alongside, with Mrs Probstein and her family, in Saint Malo's Vauban basin on Saturday.

This Sunday, Mrs Probstein will be visiting the Langlois family at Sion Hall farm in St. Saviour, following an island tour. They will enjoy afternoon tea and will have the opportunity of meeting the descendants of those family members who showed them so much kindness in 1940.

On Monday, she will be unveiling a commemorative plaque at the St. Helier Yacht Club on South Pier.

Pictured top: Irene in Belgium at the age of eight and the Callou, the boat that rescued her and her family.