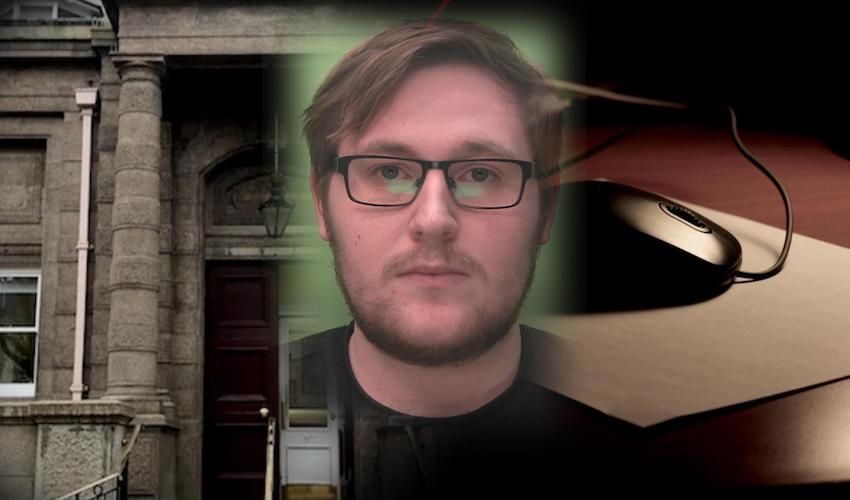 The “vigilante atmosphere” in Jersey regarding child sexual offences was raised in defence of an ex-finance worker, as he was yesterday jailed for two years for downloading nearly 160 indecent images.

Representing Daniel Thomas Leigh (25) in the Royal Court yesterday, Advocate Nicholas Mière asked the Royal Court to consider during sentencing that his client had admitted his offending in a context he described as “increasingly febrile".

Making representations on his client’s behalf at sentencing, the Advocate told the Court that the 25-year-old defendant “made for himself a successful career in the finance industry” and that he had already progressed to the role of Assistant Manager as well as hoping to begin “studying for professional qualifications.”

“Outwardly [Leigh] was a credit to society,” but his Advocate explained it was his conduct in private which will leave “every aspect of his life… scarred by this conviction.”

Especially, Advocate Mière stressed, considering that his client “admitted those offences” amidst “an increasingly febrile, almost vigilante atmosphere in the island.”

The Solicitor General Mark Temple appeared for the prosecution and summarised the case.

The Court heard that, at his first Police interview, Leigh tried to downplay his offending by making it seem as though he had accessed the indecent material by accident or deleted it when he realised the content of the downloads. He told Police initially that the material did not interest him sexually because “it’s abuse.”

However, at a subsequent interview, after a comprehensive and forensic investigation found that Leigh’s laptop contained “evidence of approximately 350 torrents with clear terms relating to indecent images of children which were part-downloaded or in the process of being downloaded.”

The Court also heard that the defendant had used a “proxy” to access indecent content from Germany and a “text file in Spanish along with a series of keywords which can be used in the search for indecent images of children, some of which would not be obvious to anyone not versed in the search and download of such material” was also found on his laptop.

Leigh also had an “anti-forensics” programme installed on his computer “capable of overwriting and rendering unrecoverable large numbers and types of files.

In his second interview, Leigh admitted that he had been “seeking” the indecent images and that he had “a problem” which had been going on for a few years since seeing content on forums like ‘4chan’ and that things had “spawned out of there.”

It was heard that 100 of the images downloaded by Leigh were classed as the most serious kind of material of this nature.** (see NOTE below)

Pictured: The man was jailed for two years after being caught with the indecent images.

The Solicitor General invited the Court to impose a two-year prison sentence for the offending which he said, in downloading the images, “adds to the demand for this material” and perpetuates “further abuse of such young children.”

The Bailiff Sir William Bailhache presided over the proceedings and, accompanied by Jurats Blampied and Ronge, handed down the Court’s decision to jail the 25-year-old for two years.

Sir William observed: “We have been asked by your counsel to view the offending through your ‘prism’ and we do to some extent… [but] there is a danger in Internet pornography in that it can become addictive. These crimes are not victimless crimes. Real children have been abused and we cannot ignore that.”

However, he advised Leigh that he is “still a young man” and despite Advocate Mière’s submission that “this is going to blight your career forever”, he said that Leigh “can look forward to some constructive future.”

Leigh was informed that he would remain on the Sex Offenders’ Register for a minimum of five years before he could apply to be removed and a restraining order was imposed to ensure all his Internet activity after release is recorded and retained.

**NOTE: At an appeal hearing before the Superior Number on Thursday 5 December 2019 it emerged that there was a mathematical miscalculation at sentencing and it was clarified that, in fact, Leigh had downloaded 74 images of the most serious kind of material of this nature – not 100.

Advocate Mière was granted permission by the Court to appeal the sentence given it could have been imposed based on the wrong factual basis, but the defendant’s jail-term of two years was not interfered with.

This addition was made on Friday 6 December 2019.

Posted by Dave Mathews on Jul 22nd, 2019
I cannot have any sympathy for people who search and download this material.
The public hate it and we've known this for years through many high profile cases, so trying to find some leeway by referring to vigilantism when it is mainly only parents who hate this crime is desperate.
To place a comment please login Login »