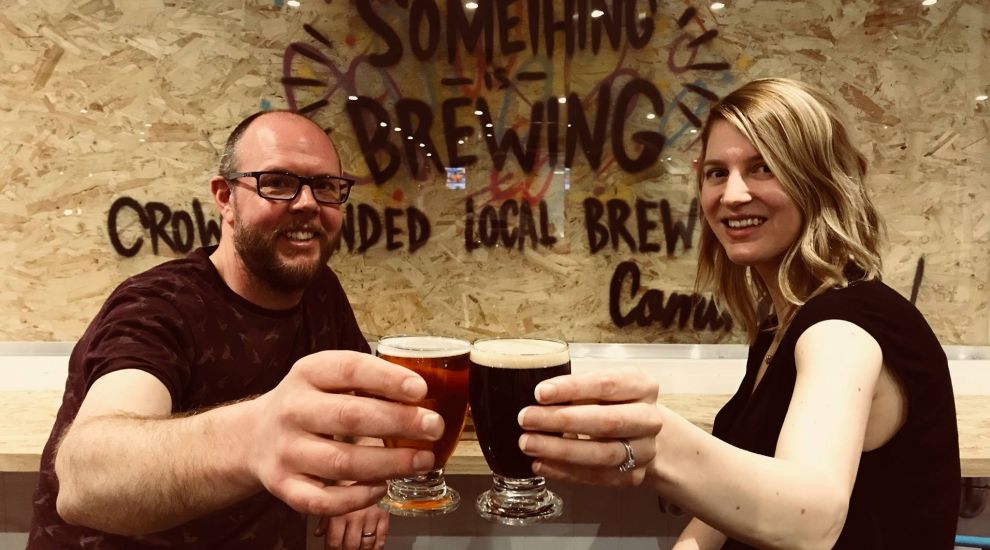 Passionate about home brewing, a local couple will soon be launching a campaign to set up the island's first crowdfunded brewery inside JB's bar and start brewing chocolate, mango and oyster flavoured beers.

Leah (33) and Ben (41) Bliss have partnered up with Marcus Calvani and Josh Band at JB's to make their brewery dreams come true and change people's opinions about beer.

It all started in the couple's home. After taking a tour of the Liberation brewery, Ben, a building manager, taught himself how to brew and set up a mini-brewery in the kitchen. "I have always loved beer but I never understood how it was made," he explains. "I fell in love with the shiny vessels and asked a lot of questions to the brewer. When I got home I ordered a basic kit on Amazon. I visited the brewery again and told the brewer I was brewing at home. He visited and tried my beers and gave me really good feedback. It really stirred me up! Everyone at Liberation was really helpful and gave us constructive criticism."

Ben's love for beer soon rubbed off on Leah, a landscape architect, and she herself started brewing her own beers. "I was the chief taster at the start," she says. "But after a while you kind of want to know how it's made. Ben was dedicated and obsessed. He was reading about beer every evening and brewing all the time. He taught me the trade and I started brewing as well. We make a pretty good team." 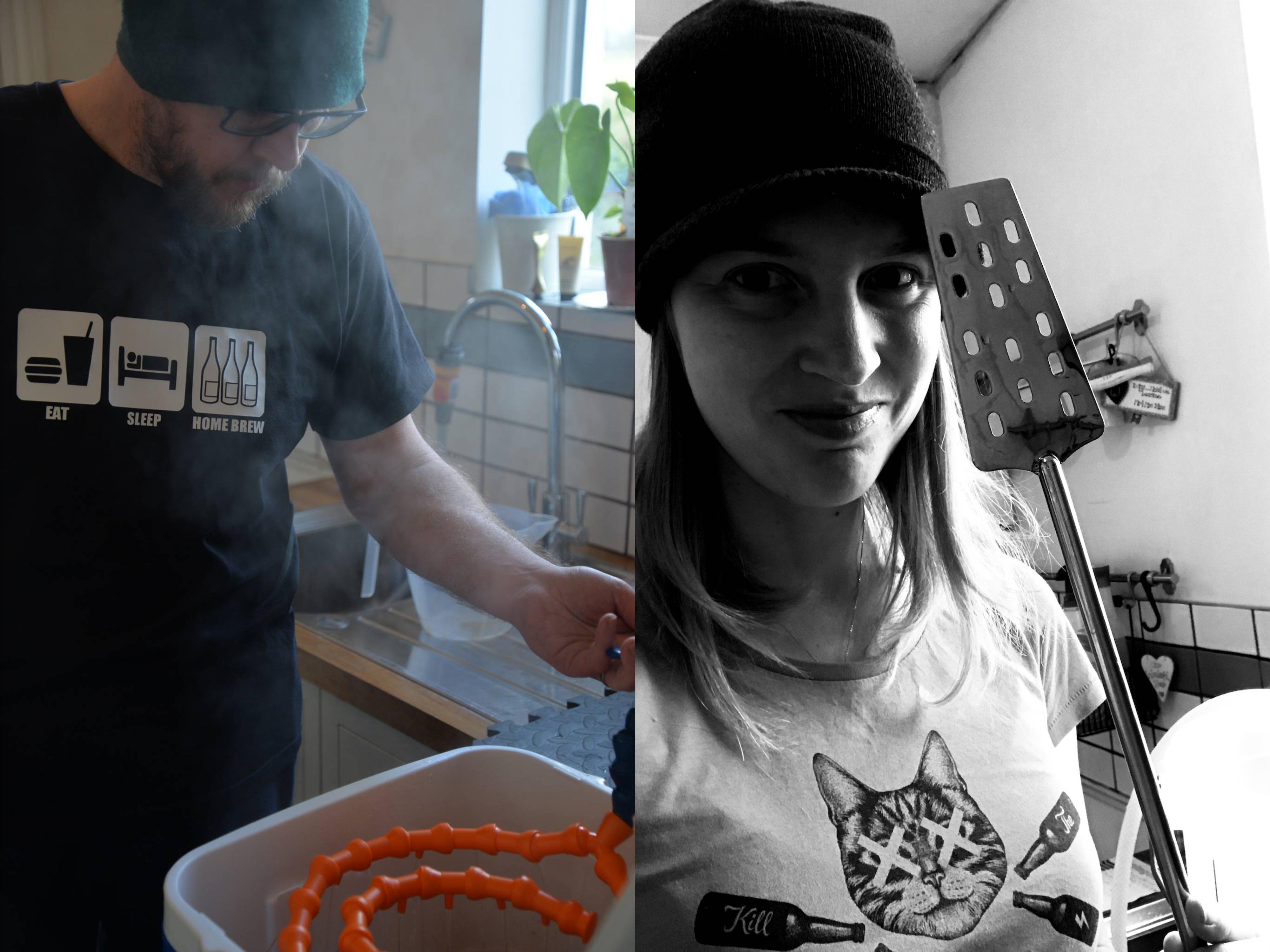 Pictured: Leah and Ben Bliss have been brewing beer at home for a decade.

But after 10 years of home brewing, the couple are ready for their hobby to become more professional. Leah says: "You make beer to share with people and we are ready to share it with more people." The couple will soon be launching a crowdfunding campaign to start 'Bliss Brewing Co.' They are hoping to collect £75,000 to get the brewery up and running with all the necessary kegs and fermenters, and to have enough money for the first six months.

Based inside JB's, Bliss will be "all about variety" with beers tasting like a Snickers or a Bounty bar, tropical fruit or smoked India Pale Ales (IPAs). "If it's out there we will give it a go," explains Leah. "We will have a couple of flagship beers that we will make most of the time, but we will also have some funky, interesting ones. We will have house beers and every month or so, we will make a one-off brew." Ben adds: "There is not much you can't put in beer, whether it's lobsters, honey or seaweed. Even spices or chillies. It's just flavours that you add in and that you balance out. You add them at different stages and they transform the beer." 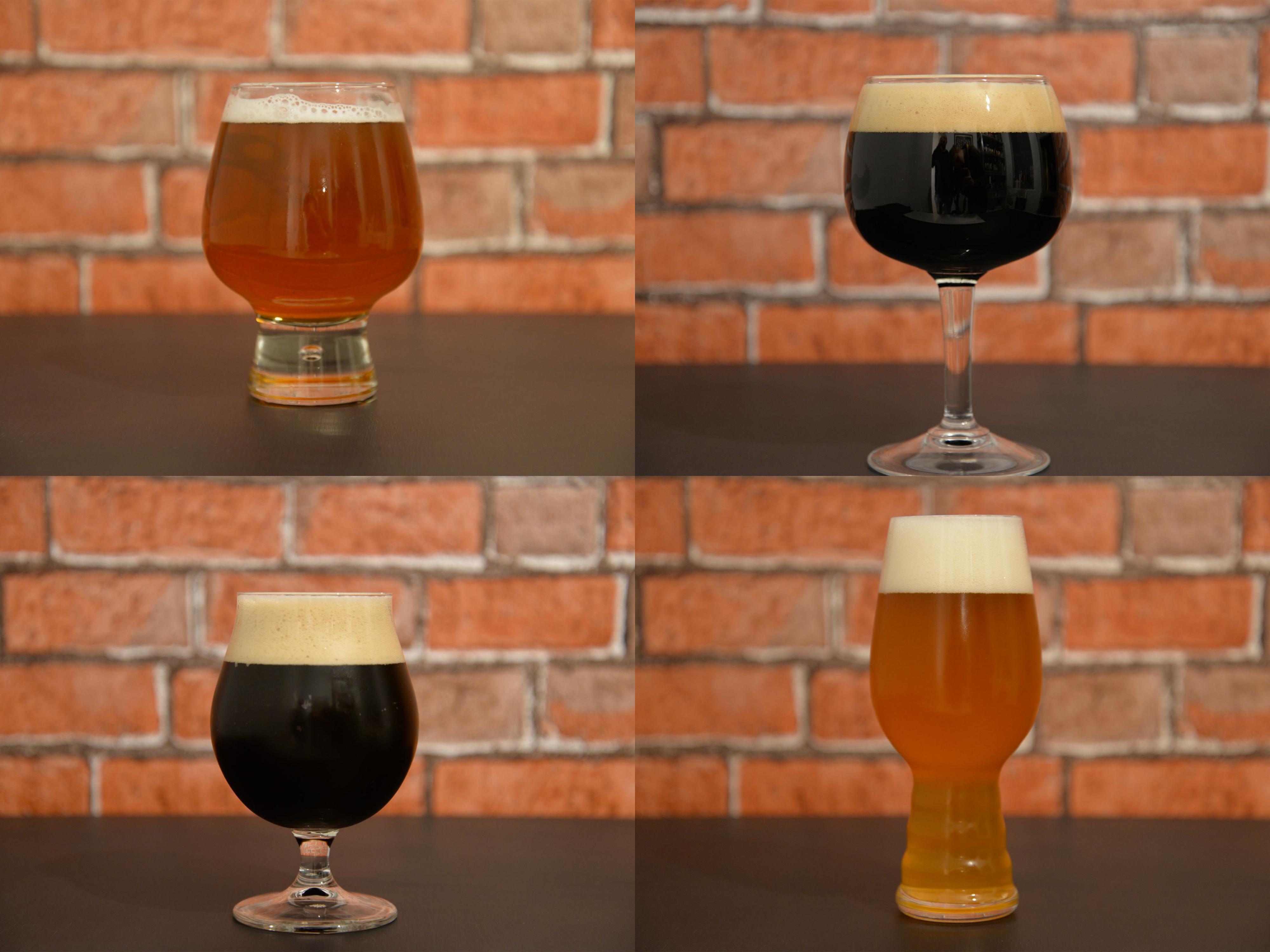 Pictured: Leah and Ben love to brew "funky and interesting" beers with flavours such as Cream Soda, Marshmallow, Snickers, mango and pineapple.

But it won't be just be Leah and Ben deciding what to put in the brews, the couple will also be quizzing customers' tastebuds for ideas. Leah says: "We are really keen to make it driven by the public. We want them to be steering what we do. Which is also why we turned to a crowdfunding campaign, we want people to have a sense of ownership and to choose which way we go."

The couple hopes that by doing so they will be able to convince people to "re-imagine beer." They especially want to fight the "preconception" that beer always has to be a bitter ale or a lager. Ben says: "There is a beer for everyone. I actually like it when someone says that they don't like it. It's a massive challenge. I have converted some people already, including Marcus Calvani's wife."

Leah adds: "I would like to see more women enjoy beer as well. People usually think it is more of a male market. We want people to savour beer instead of downing 10 pints. We recently visited Belgium and saw people drink small amounts with family and children around. It is almost as if they drink beer instead of coffee. People in Europe drink to savour and they do not stagger home. We would like to elevate beer in that way and make people realise how much love goes into making it." 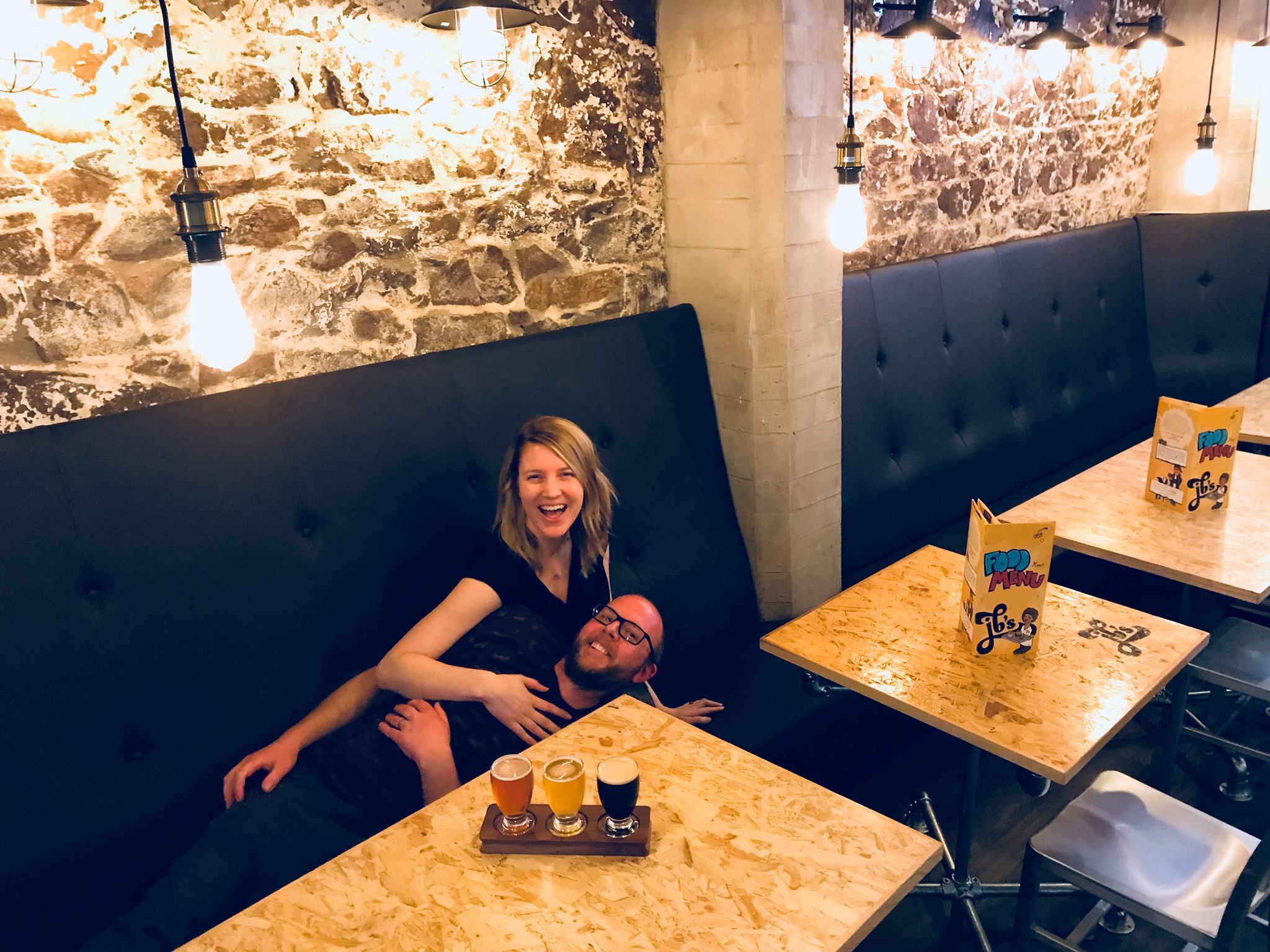 Pictured: Leah and Ben love beer and are ready to spread the love with islanders.

As such, the couple will be working with Marcus Calvani and Josh Band to come up with food and beer pairings. With the brewery right inside JB's bar, customers will be able to see their beer in the making before it gets in their glass. But while JB's will be the brewery's home, Bliss' kegs will also be found in other bars and restaurants in Jersey. Some of them have already enquired to commission their own special beers.

With time, the couple, as well as Marcus Calvani, are keen to export the beers. Leah said: "It would be amazing to be able to send our cans outside of Jersey. It is our long term goal. It will be another local produce showcasing Jersey. We also hope the brewery will bring people to the island. It will hopefully be another star to add to Jersey's credentials."

Posted by S P on Apr 17th, 2018
So am I right in saying they want the Jersey people to fund their business for free so they can reap all the profits ? That is exactly what it sounds like, and people should only donate if they are given a share of this business. I will give them 10k for 15% percent of the business. I am not paying for someone else to make money off of my money, without getting any return. Why should the Island fund this couples business. Let them get a loan, like everyone else has to.
To place a comment please login Login »