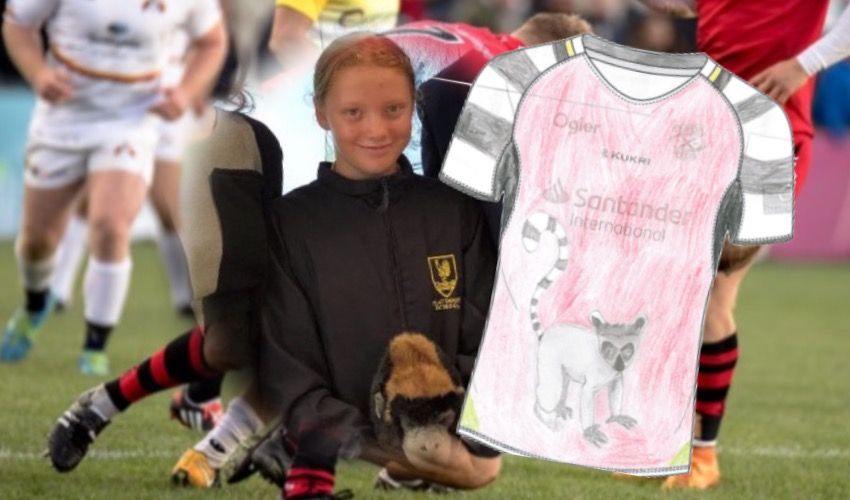 Jersey Reds will soon be taking to the playing field with shirts inspired by a Plat Douet pupil’s favourite animal.

10-year-old Emily Neil, a pupil at Plat Douet School, won the ‘Design the Rugby Shirt Competition’ with a colourful design featuring a Ring-Tailed Lemur – one of Durrell’s best-known Madagascan primates.

The competition was organised by Santander International as part of Durrell’s 'Go Wild Gorillas' campaign, which has seen 40 life-sized sculptures of gorillas take residence around the island for a public art trail celebrating the charity’s 60th anniversary.

Santander adopted their own sculpture, rugby shirt-clad Badongo, who can be seen outside the Jersey Reds ground in St. Peter until tomorrow.

Santander invited local youngsters to design a new rugby Shirt for the Jersey Reds during the summer holidays. Age categories ranged from 0 to 6 years to 12 to 16 years, with the winner of each age group receiving a family membership for Jersey Zoo.

“We received a huge range of entries across all age groups featuring many varied aspects of nature,” said James Pountney, Managing Director of Santander International.

“As well as raising awareness about the plight of endangered species, the competition was a brilliant opportunity for Jersey youngsters to let their imaginations go wild. Santander International was delighted to support Durrell’s Go Wild Gorilla initiative and we look forward to seeing the Jersey Reds in their new shirts very soon.”

Her lemur-inspired design will be turned into rugby shirts the Reds will wear during their home game against Nottingham on Saturday 9 November. 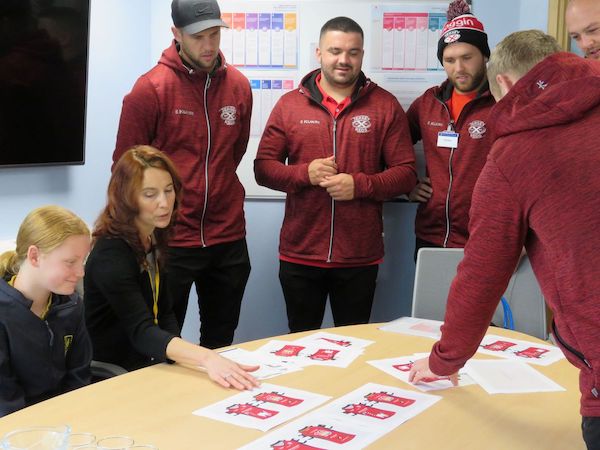 Pictured: The Reds will wear Emily's design on 9 November.

“The lemurs are my favourite animal at Durrell so when I found out about the competition, I knew I wanted to include a lemur in the design,” Emily explained.

“I’ve never been to a rugby game before and I’m really excited about seeing the players wear the shirts with my design.”

Lemurs have been kept at Durrell since 1964, entrancing generations of Jersey children and Island visitors with their unusual tails and engaging family antics.

Video: The Jersey Reds visited Emily and her class this week.

Despite being a familiar zoo animal, lemurs are an endangered species, threatened with extinction due to the loss of their natural habitat in Madagascar.

“It was difficult choosing an overall prize winner from so many brilliant designs, but we feel that Emily’s lemur encapsulates everything Durrell is working towards, in a very colourful way,” she added. 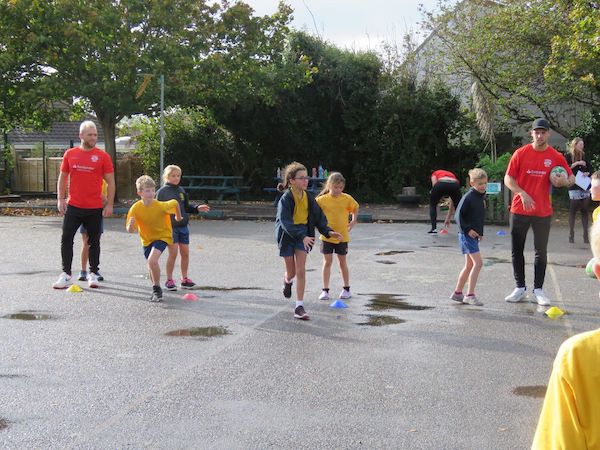 Pictured: The Reds gave Emily's class an introduction to rugby.

This week, six players from Jersey Reds joined Emily and her 6G class at Plat Douet School on their day off for a PE lesson with a difference.

Charlie Beckett, Mark Best, Luc Jones, Tom Williams, Alex Thompson, and James Wayland gave the pupils an introduction to rugby training, before joining the class for a French lesson which culminated in a game of ‘Jacques a dit’, the French version of ‘Simon Says’.

While the lemurs are a “big departure” from the usual red and white shirts, the Reds are excited about the design, Mark Morgan, the Club’s Chairman said. “It was great for the players to be able to meet the young artist and we’re all looking forward to seeing the finished shirts.” 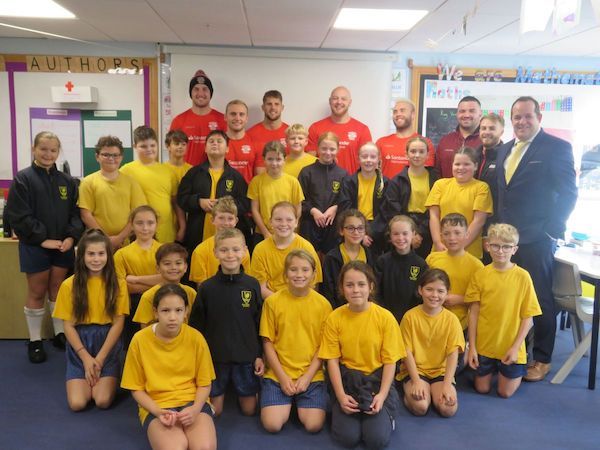 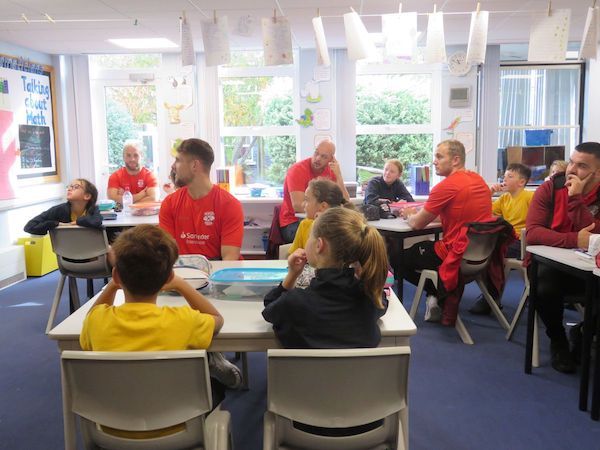 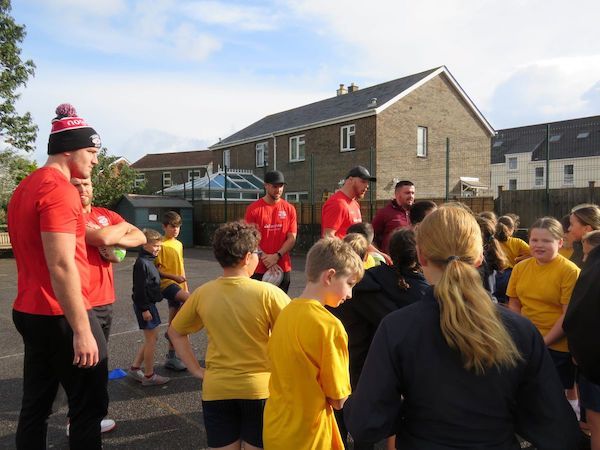