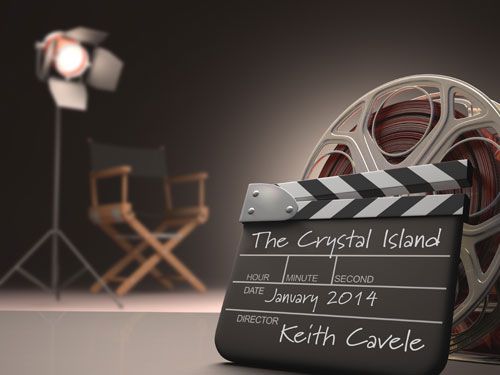 Civil servants have not learned anything from the £200,000 scandal over a grant of taxpayers’ money to a fantasy film, according to a report out today.

The Public Accounts Committee led by Deputy Tracey Vallois has this morning published a follow-up report to their initial exposé on the “Knights of Impossingworth” movie that was meant to start filming here last year. The title of the film has been changed to "The Crystal Island" although it appears to still be on hold. The committee say that regular audits of the Economic Development department – who recommended and approved the grant of taxpayers’ money to Canbedone Films – must be carried out, and that decision-making processes for ministers and chief officers must be tightened.

Deputy Vallois says that when civil servants eventually asked the Chief Internal Auditor to review what went wrong, the auditor’s terms of reference included checking through her committee’s findings and recommendations to see if they were “based on fact” – she says that instruction was ‘extraordinary and improper’ and reflects the defensive mindsets of those in power.

In the end, she said, the auditor actually came to similar conclusions to the committee.

In a statement this morning, Deputy Vallois said: “The main focus of our follow-up report is not the ongoing delay in the production of a film in Jersey, although we note that filming of The Crystal Island did not start on 27 January, as the public were told it would.

“Neither is it the improper instructions given to the Chief Internal Auditor last year, although we do express concern at that particular development. Our primary focus is on the lessons the executive still needs to learn from the Canbedone affair.

“The lessons to be learned are quite simple. Departments need to be clear about what they are trying to deliver when spending significant sums of taxpayer’s money and they need to ensure they get the basics right in conjunction with robust action plans in order to achieve those aims. When things don’t go according to plan, there also needs to be a shift in culture to embrace constructive feedback and learn from mistakes, so as to improve standards for the public next time around. The committee has still to be convinced that the culture shift required for these lessons to be learned by departments is, or will be, put in place.”

In January, it emerged that background reports by the committee and the department had failed to uncover that the man behind the scheme had convictions for theft dating back to 1993 and that he had been disqualified from being a company director.