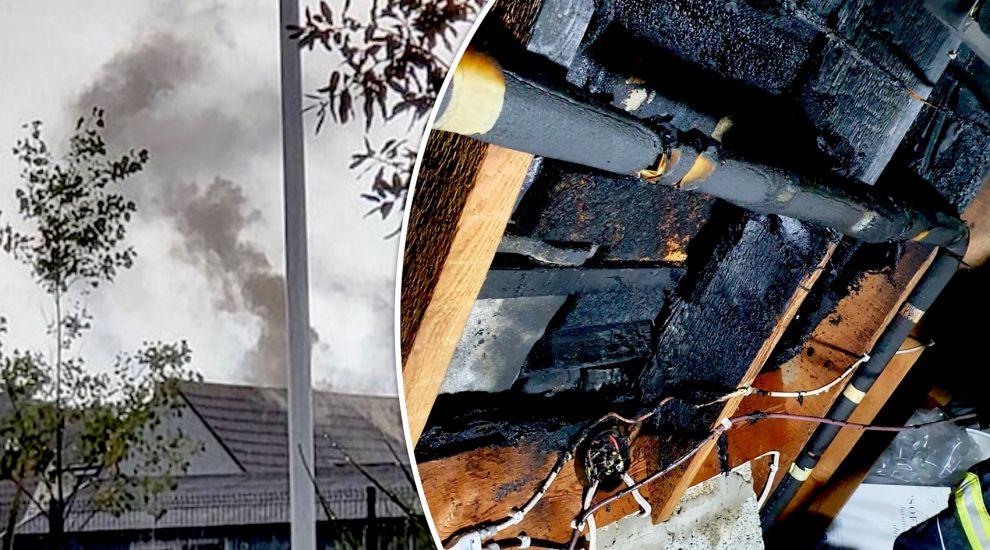 More than 20 firefighters and five engines had to put out several blazes in Les Quennevais this morning caused by the lightning.

A commercial garage and private properties were all severely damaged as a result of three lightning strikes all taking place around 08:45.

Fortunately, no one was hurt.

Rory Steel was among the first to spot smoke coming from a house in the area after hearing what sounded like lightning striking it.

“Calls have been made and hope everyone’s ok,” he said.

Not 100% but sounded like the lightning hit the house ????. Calls have been made and hope everyone's OK. pic.twitter.com/erSSXwedtL

Providing an update later on, Jersey Fire and Rescue explained: "The first fire in St. Brelade involved a commercial garage with petrol storage and resulted in fuel vapours igniting following the strike.

"The second blaze attended near Les Quennavais School was a private property whereby the chimney was struck causing it to explode and debris over a 10m² area. Damage was also caused to four areas of the roof and loft space. Crews remained on site for some time making the property safe and weatherproof.

"The third incident concerned an additional property in St. Ouen where significant internal and electrical damage was caused to the house."

Islanders have since praised the Fire Service for their efforts, with one Facebook user commenting: "Thank you for your hard work! Glad nobody was injured."