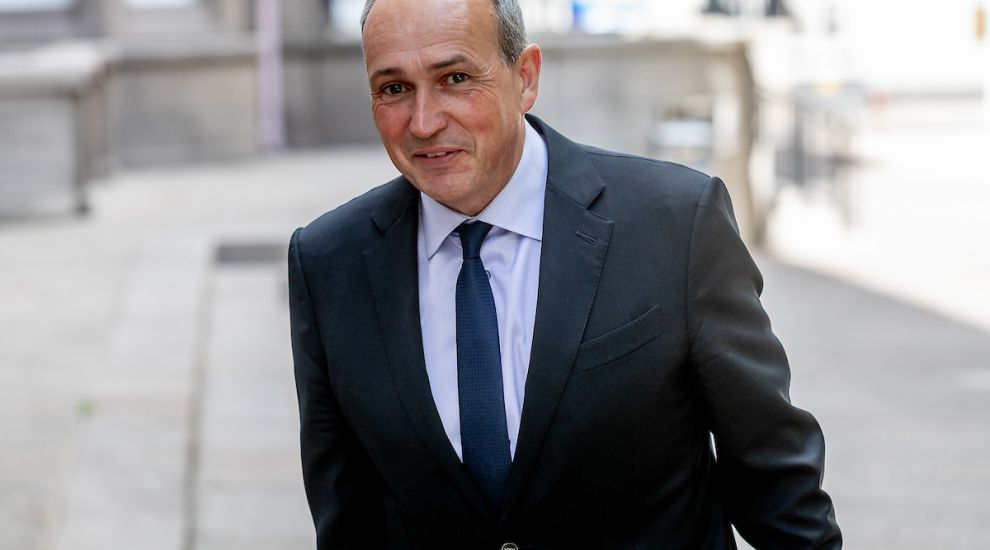 The former Minister seeking to rescue the £800m plan for a new hospital at Overdale will be in the audience at a live Q&A session about the future plans tonight after the Chief Minister turned down his request for a public debate.

Speaking to the 'Politics Disassembled' podcast last week, Deputy Lyndon Farnham said he was "likely" to bring a proposition to continue with the existing proposals.

Yesterday, he said that the proposition could be submitted as early as this week.

It followed the publication of a review of the Our Hospital plans undertaken by Alan Moore, who was recruited by government to act as an Expert Adviser on the project.

The document – which Deputy Farnham described as "light on detail" – recommended abandoning the proposed single-site facility at Overdale in favour of a multi-site scheme primarily based around the existing Gloucester Street site and adjacent land at Kensington Place, as well as Overdale.

"The Assembly needs to be mindful that this is a debate that it has to have – we are fighting for a solution that provides Jersey with the best clinical outcomes, and the clinicians have made it clear that a single-site option is the preferred way of achieving this," said Deputy Farnham.

"We democratically approved the location, the access, the budget and the funding mechanism for the existing project, so I think it would be unwise for the government to ignore the previous States decisions without coming back to the Assembly.

"I appreciate that this is a new Assembly and they should be given the opportunity to decide, however they have not even been provided with the necessary details to do so," he added.

Chief Minister Kristina Moore announced tonight's' question-and-answer session last week, after she declined a challenge from Deputy Farnham to take part in a live debate on the subject.

Deputy Farnham said: "I'll be in attendance – I have requested a slot on the panel to provide some balance and to answer any detailed questions on the Overdale project if necessary."

Listen to Deputy Farnham on Politics Disassembled below or find the interview on all major podcast platforms...

Chief Minister, I challenge you to a dual...site debate

Posted by Martin on Nov 15th, 2022
Lyndon - you had your chance!
Please be quiet!
Posted by Colin Griffiths on Nov 15th, 2022
Lyndon Farnham your time is past. Kindly let those who have been elected with considerably more votes than you, try to put some sanity into the mess that your ego has left!
Posted by Keith Marsh on Nov 15th, 2022
Dear Chief Minister,
We NEED a New Hospital as soon as possible.
I appreciate that you have never agreed with a single Overdale site, however Ministers and States Members have messed about for too long, and to cancel a full plan that was agreed by The States, on the say of others that were against the agreed plan; without coming up with a full way forward is WRONG.
The people of Jersey, deserve better.
Posted by EdWilliams4 on Nov 16th, 2022
The story of majority of clinicians favouring a single site at any cost is a major manipulation. They were manipulated into believing that it is either Overdale or nothing at the time. And not all of the doctors, not even the majority signed the letter supporting Overdale. If you want to know if they can deliver care exclusively under Overdale scenario - go and ask them in an anonymous survey. So many leading hospitals in the UK and Europe operate on two or more sites. The real fabric of our healthcare system is not that of brick and mortar but the very people who deliver care first hand to patients day in and day out. It is not true that we lose them and can’t attract the new ones because of the ageing facilities. It is about what happens inside, of all the bullying, harassment, the toxic working environment and incompetent management and leadership.
To place a comment please login Login »