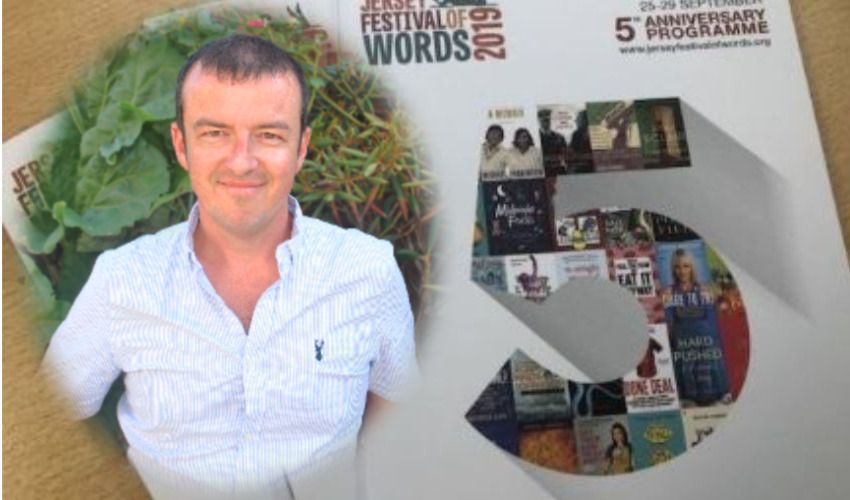 What do a British sailor, a professor of conservation biology and a triathlete have in common?

Not only will they all be visiting Jersey in the coming week as part of the Festival of Words, their respective events all come highly recommended by the event's Vice-chairman.

Paul Bisson sat down with Express to discuss this year’s programme and his personal highlights ahead of the Festival's first event on 25 September...

Explaining that the five-year-old festival does not have a set theme, Mr Bisson said they tend to "emerge by themselves." "There are clusters of themes that we do not put together but that are made by chance," he explained.

Video: The Festival of Words returns on 25 September.

This year, there will be a focus on the sea with famous sailor Sir Robin Knox-Johston presenting his new autobiography 'Running Free' at the Opera House on at 20:00 on 26 September. Marine Biologist Alex Rogers, the scientific advisor for  Sir David Attenborough's ‘Blue Planet II' will be discussing the ocean's enormous and untold impact on our lives as well as how humans are damaging it through pollution and overfishing at the Arts centre on 29 September.

After walking the South West Coast Path, a 630-mile sea-swept trail from Somerset to Dorset, with her husband Moth following the loss of their home and a terminal diagnosis, Raynor Winn wrote about her remarkable journey in 'The Salt Path.' She will be at the Arts Centre on 28 September to discuss how she and Moth overcome adversity, the benefits of walking and nature as well as the meaning of 'home'.

"We also have a number of events around the suffragettes with Diane Atkinson, who will present her book ‘Rise up, Women!’, Leah Hazard who wrote about midwives and women giving birth," Mr Bisson said.

While the festival is "pretty much a tested formula," there will be a few novelties this year, including a festival patron, Cathy Rentzenbrink. "She is an esteemed writer who has held various positions in British magazines, and will be interviewing Sir Robin Knox-Johnston, Leah Hazard and Graham Farmelo," Mr Bisson said.

This year's programme will also include be a lot of free events at the Library, ranging from talks with authors to calligraphy and DYI book production.

When asked about his favourite events on the programme, Mr Bisson had a hard time picking only a few.

"I’m looking forward to hear Sir Robin Knox-Johnston’s incredible story. It will be an amazing chance to hear about his many adventures in the Navy and as a solo sailor," he said.

"There’s also the evening with Alex Rogers. He will be discussing his book with Matt Porteous, who is a local ocean campaigner. To bring the two of them together will make an interesting evening."

Another highlight for Mr Bisson will be his interview with Louise Minchin at the Opera House on 28 September. Following a televised cycling stunt, Ms Minchin, a news presenter, embarked upon a sporting journey that saw her wear the colours of Great Britain at the World Triathlon Championship in 2015. She wrote about her newly discovered passion and detailed her journey to becoming a GB triathlete in ‘Dare To Tri'.

Mr Bisson said he is looking forward to the evening, adding: "The book's a fascinating insight into the world of triathlon runners - of whom I've always been in awe - and I've loads I want to ask her."

Meet the writers at the Barracks

Children to stroll through deep dark wood... in Jèrriais

Rarely-seen historic items to be uncovered