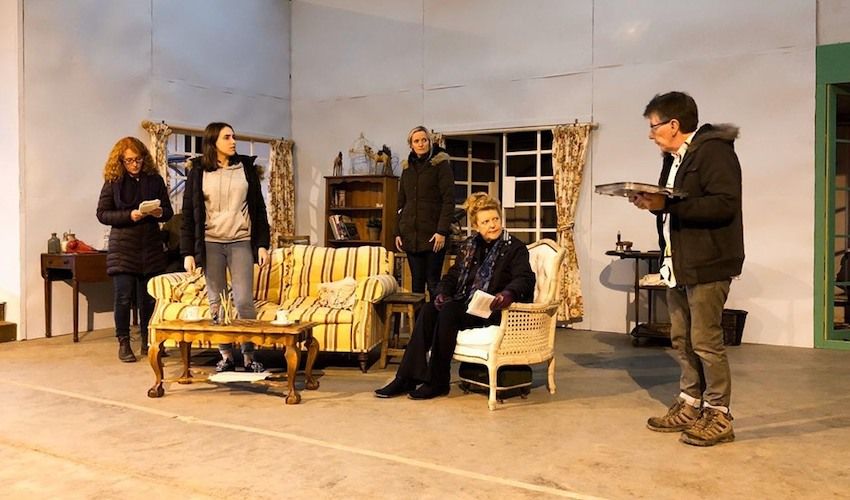 A charitable local theatre group will be taking to the stage next week with a "forgotten gem" of a play featuring three generations of females in the lead roles, a "neurotic manservant" and a "dying butler".

TC Productions will be presenting Enid Bagnold’s 'The Chalk Garden' at Jersey Arts Centre between 29 October and 2 November in aid of Macmillan Cancer Support Jersey.

Set in the 1950s in a big house with a 'chalk garden’, inspired by the playwright's own garden, the play tells the story of an elderly and eccentric woman, who hires a governess, Miss Madrigal, with a mysterious past to look after her disturbed and spoiled teenage granddaughter Laurel.

It features three generations of females in the lead roles: the Matriarch, the mysterious stranger and the wild granddaughter with a taste for pyromania. Other characters include a "neurotic manservant" and an "unseen malevolent dying butler".

According to the theatre group, ‘The Chalk Garden’ is not just “a witty country house comedy thriller, but a psychological drama of many layers as well".

Into the Sussex household of eccentrics comes a mysterious stranger, who is answering the dowager’s advertisement to become the girl’s companion/governess. The arrival leaves the question hanging in the air of who the stranger really is, and whether their influence will be good or evil.

Following a revival in London’s West End and on Broadway, TC Productions decided to put their own spin on the production termed a "forgotten gem".

Earlier in the year, the company launched an appeal to find their Laurel, a character Director Sharon Campbell described as “a challenging lead role” for an actor that can be “masterful with herself and others, quite in control without being precocious".

Speaking of the play, she said it was a delight to read and that it will be wonderful "for all involved including the audience".

"It presents on many levels, a comedy on the surface yet superbly tackling delicate and sensitive issues that trouble the characters in different ways, that will impact on the audiences sense of fair-play and judgement.

"The situation impacts on each character so succinctly that the audience will delight and reflect in all its aspects."

Fashionista gets in the ring for recovery