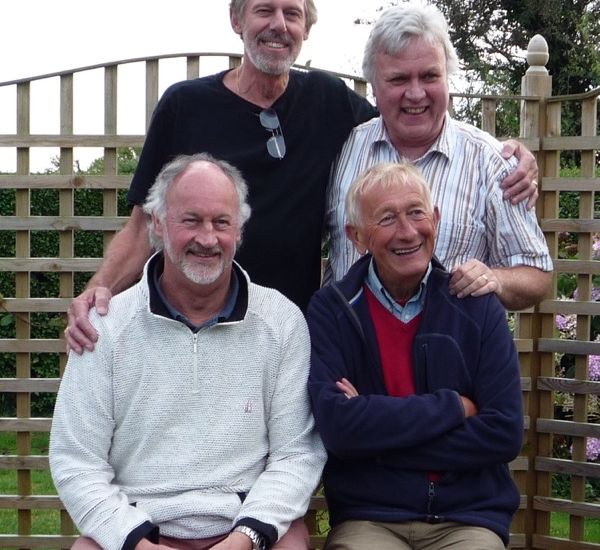 A local musician has written a song about people living with dementia and gifted it to the Jersey Alzheimer’s Association to help raise awareness about the condition that affects over 1,000 residents in the Island.

Les Falle, better known as the drummer from Jersey bands Bunker Hill and Peace for the Wicked, was inspired to write the song “Being Here” because he was seeing increasing numbers of people living with dementia, both young and old.

He composed the song with his long term collaborator Bas Le Riche, the guitarist and lead singer of Bunker Hill, who is now based in Australia. The song will feature on their upcoming album, which they’re currently recording, but they have decided to allow Jersey Alzheimer’s Association (JAA) to use it, in order to help raise funds and increase awareness of the condition.

Dementia is a global health issue that affects around 44 million people worldwide. In Jersey, there are thought to be around 1,400 local residents currently living with dementia. Because the possibility of developing a form of dementia increases with age, it is expected the number of people in Jersey with dementia will double in the next 20 years.

Mr Falle said: “The two of us wrote the track 'Forever a Blues Man' for an EP produced in memory of Bob Tilling (well known Jersey artist and teacher), the sales of which have helped fund the Bob Tilling Series concerts, so we’re hoping we can replicate that success with 'Being Here.'"

Mr Falle and his fellow band members are also donating the proceeds from Bunker Hill’s new album to be split equally between JAA and the Motor Neurone Disease Association, which Les has been supporting, most notably when assisting with the organisation of a benefit concert in 2016.

Mark Blamey, the manager of JAA, said that, since its launch in 2010, the charity has made a significant impact locally by raising awareness of dementia. They have also introduced a range of services designed to enable people with dementia, and their care providers, to engage in meaningful and purposeful activity and help maintain as a quality of life that is as good as possible.

He said: "This would not have been possible without the fantastic support we’ve had from members of the public and our corporate sponsors over the last seven years, and so we’re extremely grateful to people like Les for thinking of us and for sending the message that the growing incidence of dementia is likely to be something that affects us all."