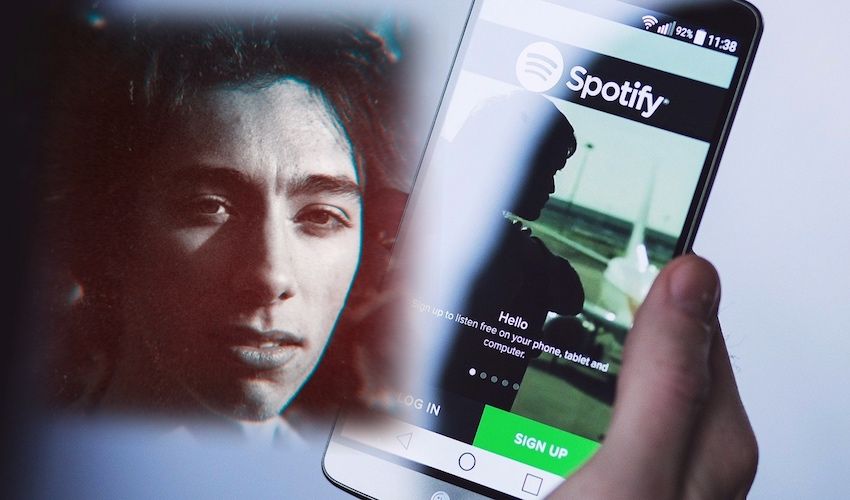 A local musician’s debut single inspired by his friends and written on a staircase has been included in a Spotify playlist with half-a-million subscribers just days after its release.

Sam Walwyn’s ‘For You’ was recorded in London and Jersey and released on 26 June.

It's the first single from the singer-songwriter, who already has hundreds of live performances under his belt including support for Tom Jones, Newton Faulkner and Gabrielle Aplin.

Born in the UK, Sam grew up in the Caribbean and Jersey, where he had been living until he moved to London last year to expand his horizons.

Sam started writing songs around the age of 15, inspired by his guitar teacher who kept encouraging him to “start trying to get things on paper”.

The first draft of ‘For You’ was written last summer while he was sitting on a staircase and went through several reworkings before Sam felt it was ready to be released.

“I was with my buddies and at the end of the day, I wanted to do some songwriting, so I had a little writing session,” Sam said.

“For me, song writing is kind of like making tea. The initial thing is very spontaneous, the main idea should be started within the first 30 minutes otherwise it’s a waste of time and you’re putting energy into something that’s not working.

“So, I kind of like to get the main idea started and then let it rest, so that I can detach myself from what I am trying to express. Then I restructure it and tweak it to make it as good as it can be. You’ve got to let it brew at least for a bit.”

A multi-instrumentalist, Sam covered all parts on the track, from the singing to the bass and drums. “It was really fun,” he said.

While he’s the only one featured on the track, Sam worked with engineer engineer Shuta Shinoda to record it at Hackney Road Studios and with Rebecca Lewis (aka Le Montais) to produce it.

“It’s quite a good idea to work with someone on the production side, you have someone else opinion on it, you can bounce ideas off each other on how to arrange it to make it a better song,” Sam said.

‘For You’ was nearly ready to be released earlier this year, but Sam decided it needed some more work.

“I wanted to have a play with the sound and the production again,” he explained. “It took a few different reworks.

The track, which is about gratitude, the people you can count on and knowing that you’d be there for them in return, was picked by Spotify for their editorial playlist ‘Easy’ almost immediately after its release.

Sam was overjoyed when he heard the news, as not only the playlist has almost half-a-million subscribers, but it also features some of his favourite artists, such as Gabrielle Aplin, Nick Mulvey and the 1975.

The young musician heard he had been featured whilst out in Gronez. “I got out of my car and did a little dance,” he said.

“It’s my debut release and to be on the editorial playlist is phenomenal it’s an amazing milestone. What’s really nice is having messages from people who have listened to it and who found me through Spotify.

"I have had messages from people in Australia, in New York, it’s a phenomenal thing to have this worldwide response and nice reception. It makes you want to do it more and release more music and push further. It’s an amazing feeling.”

Sam promised that ‘For You’ is just the start and that he already has “lots of exciting stuff in the pipeline”.

He will soon be releasing an “amazing, atmospheric music video”, which features phone footage from a road trip to Iceland as well as shots of Jersey.

He will then return to the studio to record more tracks and hopefully soon after will be back on stage, if public health guidance allows it.

“Now that we have released the track, we have got to keep the foot on the gas,” Sam said.

“We have lots of stuff planned and lots of music planned.

“With lockdown and covid-19, all gigs and festivals have been postponed so I have been doing a few live streams and have a few more planned.

“As soon as we can, we will find a venue and when we can start having people together, it’s guaranteed we will put on a show.  I am very much looking forward to it, that’s when we’ll go ham.”