Campaign celebrates 'out of the box' thinkers 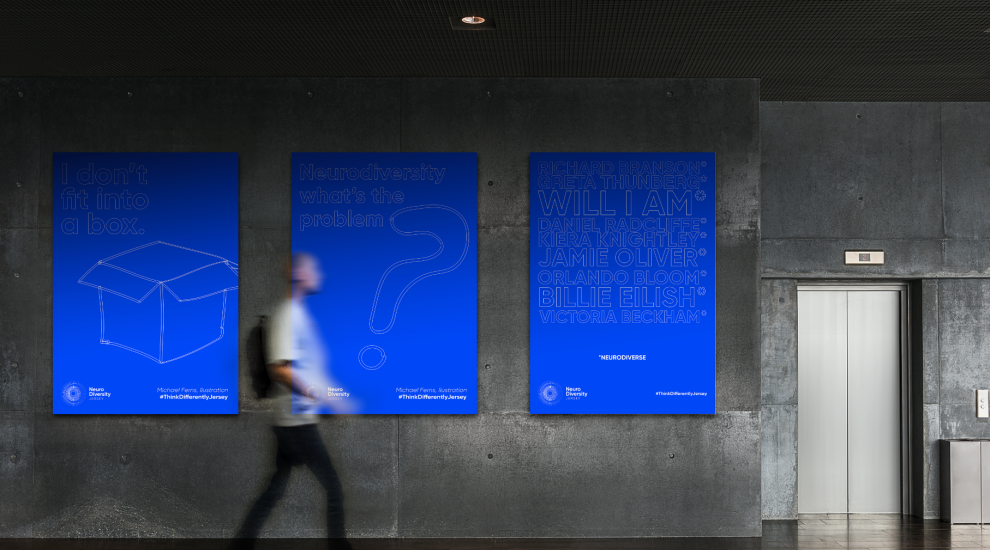 Campaign celebrates 'out of the box' thinkers

Students who think and process information differently are being encouraged to celebrate the quality they share with Greta Thunberg, Jamie Oliver, Daniel Radcliffe and Billie Eilish.

NeuroDiversity Jersey have created an awareness campaign that is being shared throughout schools to encourage students to "start to think differently about those who think differently" as part of this year's Neurodiversity Celebration Week.

The initiative aims to educate people, showing that neurological differences such as autism and ADHD are the result of normal, natural variation in the human genome.

Neurodiversity Celebration Week is celebrated from 16 to 20 March 2020 throughout the UK and, this year, NeuroDiversity Jersey hoped to kick start the narrative within local secondary schools too.

This local initiative was started by a group of islanders who gathered to work together towards improving Jersey's understanding of neurodiversity and appreciation of neurodiverse individuals.

Pictured: Some of the posters which are being displayed in secondary schools this week.

The aim is to advocate for a society that works for those with autism, ADHD, dyslexia and dyspraxia.

In order to achieve this, NeuroDiversity Jersey created a number of posters, which were displayed in schools throughout this week.

They also filmed video interviews with local neurodiverse individuals to be played during assemblies to encourage awareness and understanding among students.

Jonathan Channing, founder of NeuroDiversity Jersey, described the campaign as "community-sourced", saying that it marks the "first of our efforts to fulfil our mission of leading the conversation around neurodiversity in Jersey, building a neurodiverse aware and inclusive society that works for those who think and process information differently, for the benefit of the island".

Pictured: One of the posters showing the names of successful individuals who are neurodiverse.

The initiative has received positive feedback and widespread support already. Education Minister Senator Tracey Vallois expressed her support for the celebratory week and the awareness it will raise.

"I have dyslexia and dyspraxia myself.

I would stress the importance to professionals how crucial an understanding can be, not only for learning but for a person’s mental health and general wellbeing as whole."

Take a selfie for a local autism charity