"Instead of crying and running away, I gave them a show" 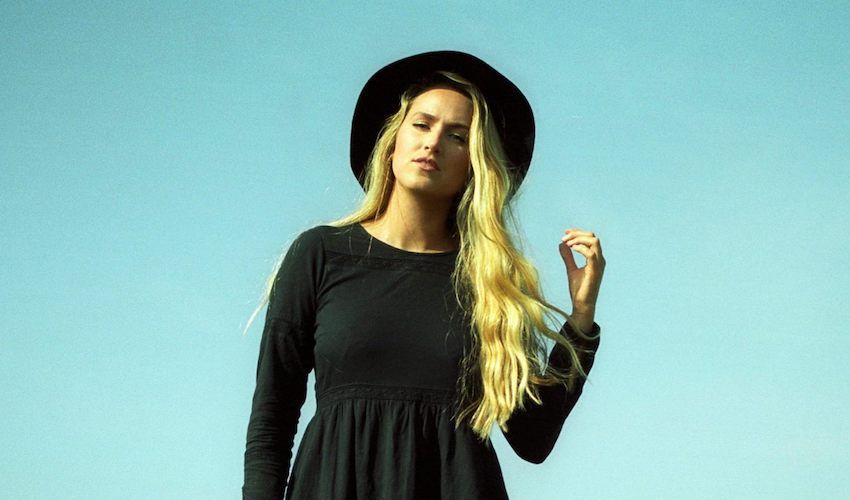 "Instead of crying and running away, I gave them a show"

A Jersey-born country singer has explained how a gig she decided to perform despite only one person turning up to watch inspired her to write her favourite song on an album she'll be launching next week.

Local girl Frankie Davies will release 'Wherever I Go' - an album featuring 11 tracks written by the 26-year-old - at Ruby’s Lounge and Bistro on Wednesday, helping raise money for Friends of Jersey Oncology.

The album comes three years after she launched her debut EP, which led to praise from critics and national airplay. Last year, she began work on her debut album, recording first with renowned Nashville musicians in the home of country, then in the UK with her all-female band.

Recorded in Jersey, London, Liverpool and Nashville, the album features both local and international musicians and production, as well as Frankie’s varied influences.

"I have always had plenty of influences," Frankie explained. "My EP was pretty country, it was recorded in Nashville with local musicians. The album evolved from there. I recorded in Liverpool, London and at University at Buckinghamshire. I then met Peter who knew exactly what to do and pulled it all together.

"I had lost a bit of my spark and didn’t really know how to bring it together. Peter got all the beginning tracks and added to it. There is some country, some rock, some singer-songwriter tracks; it’s a collection of the songs I perform regularly. It’s my life in the album, everything you need to know about me is in there. I am really thankful that I had the support of ArtHouse Jersey and the One Foundation to focus on it."

'High on love' was the first to be released off the album due to its "humour and energy", which Frankie said she feels represents who she is as both a personal and performer.

"The song is an unusual take on unrequited love and the story follows a fantasist who conjures up a connection that wasn’t there in the first place! By misreading gestures of kindness for ones of affection, we see just how easy it is to run away with our ideas of love. Being high on that ideal blurs the lines of what is real and masks the truth," she added.

But, speaking to Express ahead of the release, Frankie said there was another song occupying the main space in her heart: 'Front Row Seat'.

Based on a story from her beginnings, she says it always makes her very emotional to sing it. "I was performing and there was only one person in the audience," she recalled.

"Instead of crying about it and running away, I stood up and gave them a show. You have to, every time. It doesn’t matter if it’s one person or hundreds. Every time I sing it, I am filled with so much emotion. I remember when I played it in front of more than one person at the Opera House with Newton Faulkner, I cried at the end. There were 500 people and I was really emotional."

All proceeds from Wednesday's intimate gig launch will go to Friends of Jersey Oncology, which supports patients undergoing chemotherapy care.

"We each know someone or of someone who is battling with cancer and the incredible work of FOJO can only continue with our fundraising and support," Frankie said.