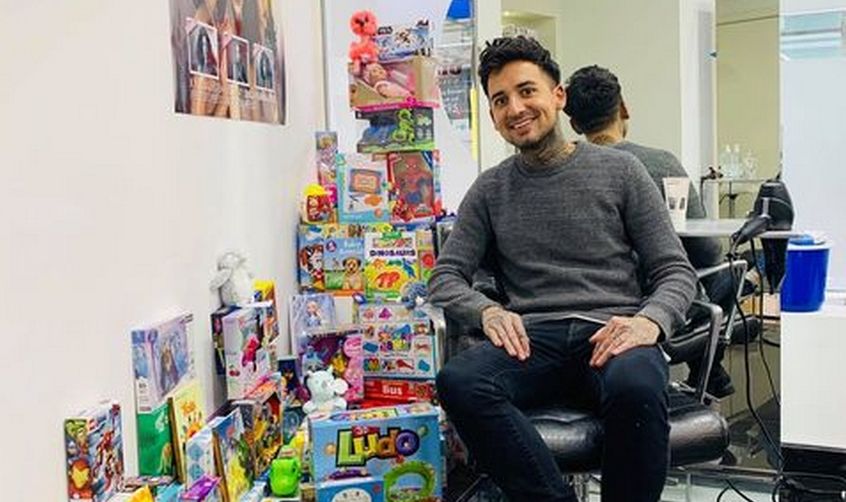 A local hairdresser, who was recognised earlier this year for his volunteer work with the Salvation Army, has launched an appeal to collect 500 toys for children to receive at Christmas.

Dominic Basilio launched the appeal last week and has already collected over 80 toys.

The 33-year-old hairdresser is hoping to get to 500 by 1 December and has reached out to islanders to help him achieve his target.

Earlier this year, when his salon closed as a result of the corona virus outbreak, Dominic spent 12 weeks volunteering at the Salvation Army’s food bank, using his organisational skills to ensure the charity could meet the huge community demands put on it by the pandemic. 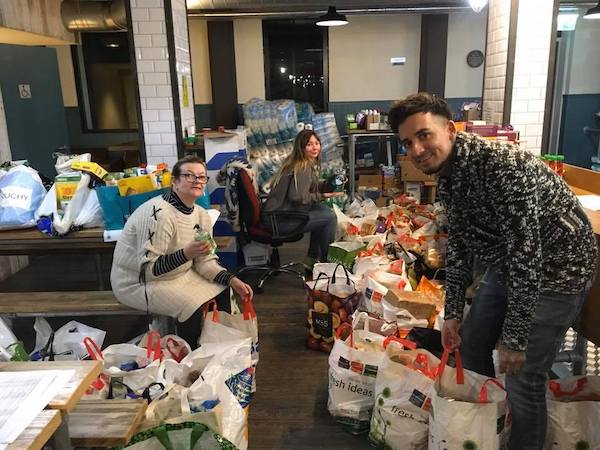 Not only did he help get a system in place for sorting thousands of groceries for struggling families, he went the extra mile by adding a personal touch to each delivery, ranging from colouring books to sweets and puzzles – each adapted to the children’s interests.

As a result of his efforts, the manager of the Salvation Army café and charity shop, Ian Houillebecq, nominated Dominic for the TMF Lockdown Hero Awards praising the selfless commitment of the “incredible” stylist.

Dominic went on to win the crown, securing more than 60% of the public vote, and pledged to spend his £500 cash prize on arts and crafts gear for the Salvation Army to distribute to families.

While his work has since prevented him from returning to the Salvation Army, Dominic was determined to do something to make Christmas special for local families. Having seen how difficult it had been to source toys as well as arts and crafts items during lockdown, he decided to collect 500 toys.

“I thought about doing it because I am not at the Salvation Army right now,” Dominic explained. “I thought what can I do that will require less time but still make a bit difference?" 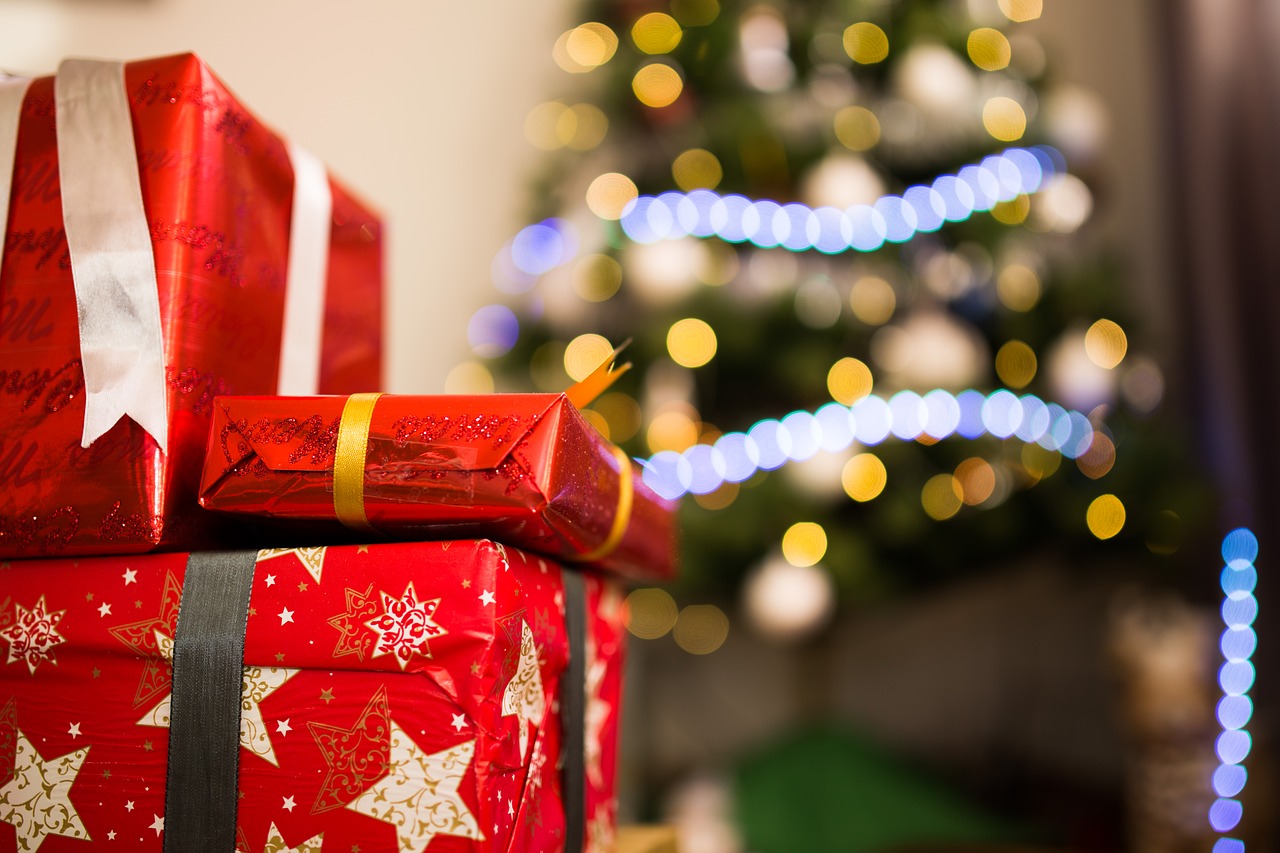 Everyone who donates a gift to the appeal will be added to the raffle, with the first prize being a £200 voucher for hairdressing services with Dominic himself. Other prizes include a Christmas hamper, Olaplex treatment and Christmas hair box sets. All donations can be dropped off at Le Salon in Colomberie.

“I just thought I could ask people to donate a toy in exchange of a raffle ticket to get everyone in the Christmas spirit,” he explained.

“I am looking for new toys that can be wrapped up for Christmas gifts. Obviously old toys are different, so I thought I would give a bit of an incentive. With prizes, it makes it more fun.

“My clients have been so supportive, I only started the drive a week ago and I have 80 toys already. I’m so excited."

The toys will be distributed between different local charities, including Brighter Futures, who are currently supporting 120 low income families, Jersey Childcare Trust, for children with special needs, and Causeway, who are currently housing a number of children.

Dominic will also donate some of the toys to the families the Salvation Army is helping.

“I am looking for children toys for 12 years and under because there is more of an impact for kids that age,” he said. “A lot of things are Paw Patrol as everyone seems to want that.

“For children with special needs, we need arts and crafts or sensory toys. I have been really lucky because everyone has given such different things.

“I had a company contacting me to say they are going to spend £200 on toys. Everyone Is chipping in; I better have a mountain by the end!” 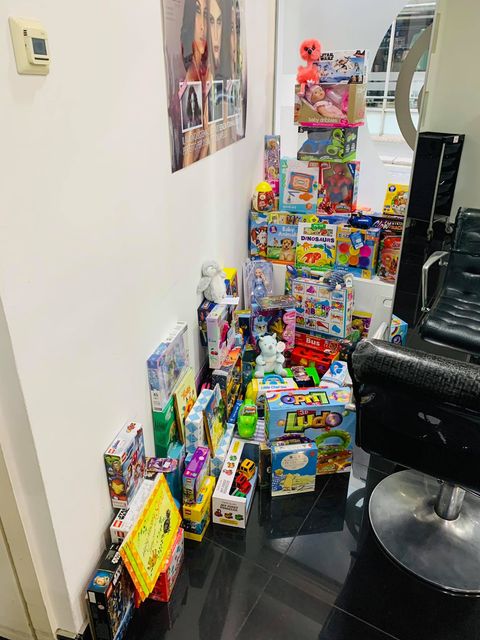 Pictured: The pile of gifts keeps growing at Le Salon.

Having been raised with his four siblings by a single mum, Dominic said he would have been “so happy” to receive donated gifts when he was younger. He hopes the initiative will help make Christmas special for local children and for their parents, who may not be able to afford a gift this year.

“I have got 10 nieces and nephews and I spoil them rotten, they are such a massive part of my life,” Dominic said.

“I just love kids. I am a big kid myself, I have always loved Christmas, I am absolutely obsessed with it.

“To see what I have seen with everything going on this year, I don’t think I could just go on like normal,” he added.

“We have all had a rubbish year. When things get tough, Christmas is always the time when you are happy regardless.”