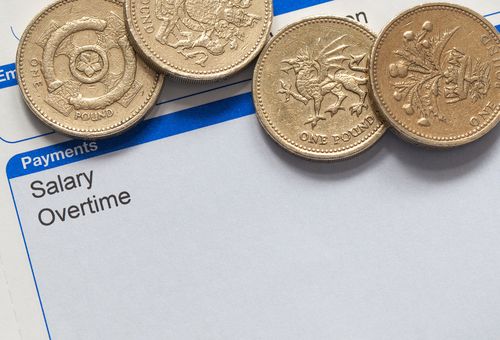 As well as going into liquidation owing the Jersey taxpayer hundreds of thousands of pounds, the failed software firm Logfiller has just been hit by a further bill for £10,000 - this time from a former employee who claimed he hadn't been paid his wages.

The Employment and Discrimination Tribunal has upheld the claim from James Gillies, who was trying to recover wages he was owed for the period between 1 June 2015 and 8 February 2016, amounting to £35,083.33.

The Tribunal awarded Mr Gillies the maximum sum it could of £10,000, "...to reflect unpaid wages and unpaid holiday", stating that  "...although the Applicant agreed to defer payment of his salary, he did not waive his right to full payment and remained contractually entitled to recover all unpaid sums throughout his employment.  He could therefore have demanded full payment of his monthly salary at any point.  It was only upon his resignation, however, that the Applicant sought repayment of his outstanding salary."

The Tribunal documents show that Logfiller failed to file any response to the claim, or to engage in the Tribunal process at all.

In his application, Mr Gillies also asked for payment of £333, for untaken holiday pay, as well as a further £2,000 for wrongful dismissal. The Tribunal denied his request for the latter on the grounds that he, "...eventually resigned because he could no longer afford to continue to work unpaid and not because he believed that the Respondent was in breach of contract."

The software development company, went into liquidation last year after receiving a £400,000 loan from the ill-fated Jersey Innovation Fund. They were loaned the money to support the development of, “...a sophisticated computer software solution that measures user experience of application and system use." They said that if successful, the product would create “a significant number of full time jobs in the Island."

But later it appeared that the company had left the Island, and it seems that no "sophisticated computer software solution" has emerged. The actual amount of taxpayers' money lost in the failed venture, including interest, could be up to £673,000.

It's not yet clear whether the States will be able to recover any of the lost funds.

The  Innovation Fund, which was set up in 2013, with £5million of taxpayers' money to help diversify and grow the economy, is currently being investigated by the Police following a damning report  by the States' spending watchdog. Three other reviews are also being conducted into what went wrong with the Fund, while the Public Accounts Committee has also indicated that it will also be investigating.

Posted by Patricia Le Ruez on Mar 24th, 2017
It is mind boggling. This further information shows
how badly this whole scenario was handled, also, how could any employee be expected to continue for this length of time without being paid (a considerable salary !) and not be compelled to resign. It is appalling that those responsible have got away with it.
Posted by nigel pearce on Mar 26th, 2017
Surely the States spending watchdog should have raised concerns before the money was lent.
To place a comment please login Login »