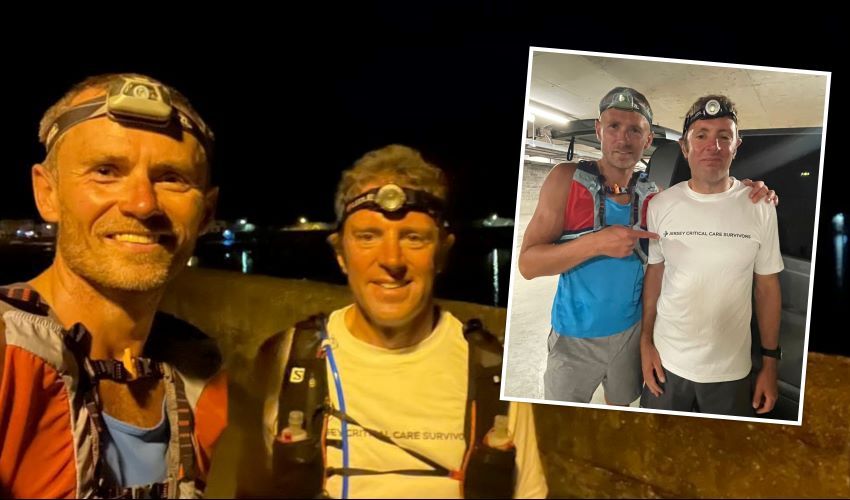 A "superhuman" intensive care consultant and his friend have completed a 'never before seen’ 121.5-mile back-to-back swim, cycle and run around the island.

Alun Roberts (42) completed a 30-mile swim, followed by a 44-mile cycle ride and a 47.5-mile run alongside his friend Mark Grenyer in 28 hours to raise money and awareness for a charity which supports former intensive care patients.

An intensive care consultant, Alun completed the epic 121.5-mile feat in aid of Jersey Critical Care Survivors (JCCS), a charity set up to support islanders who may suffer from physical, psychological, or cognitive problems following their discharge from intensive care. 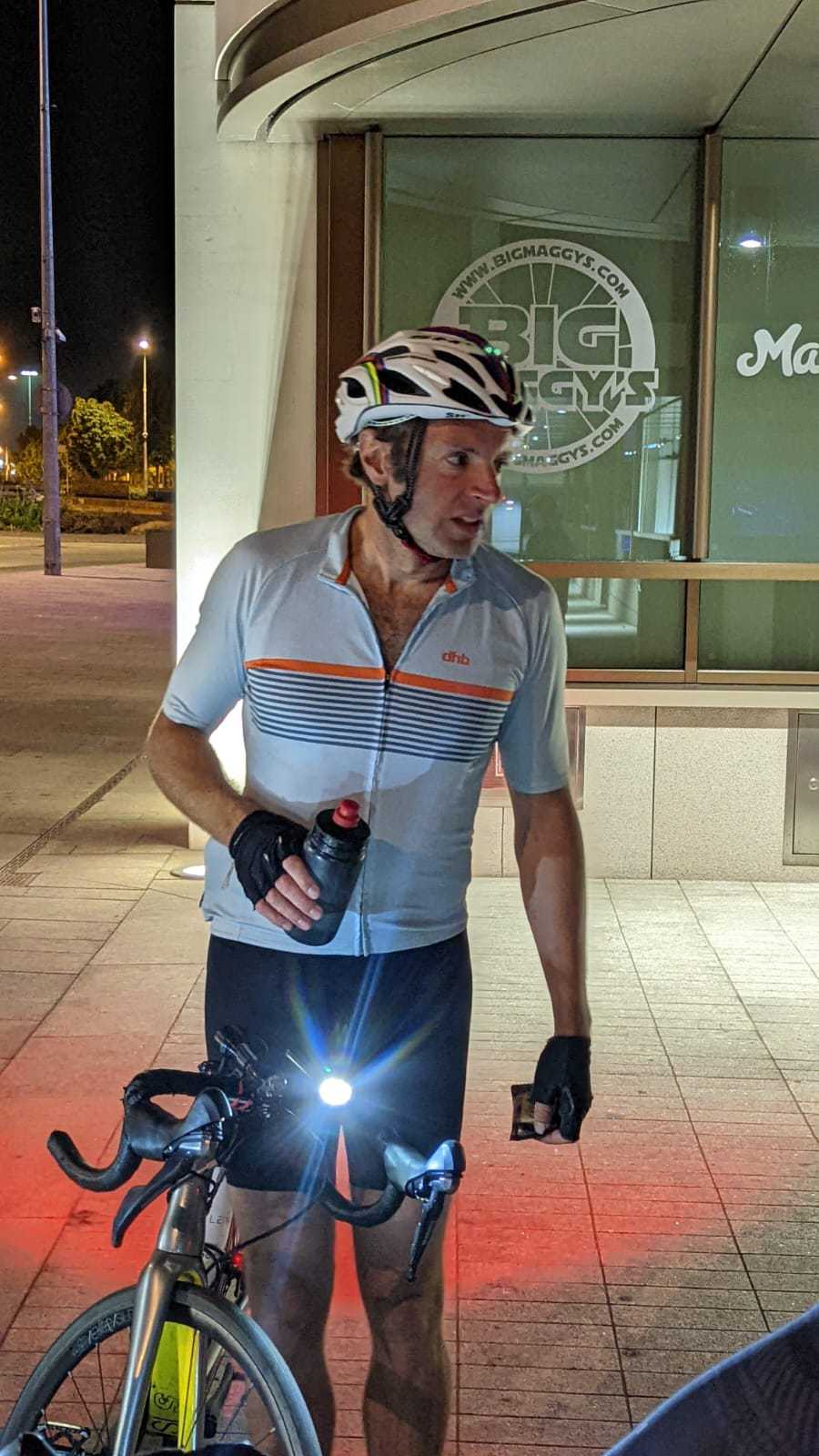 “I really wanted to do this to raise awareness for the charity,” Alun said.

“It was set up three years ago by a nurse and it runs a monthly support group for people who have spent time in the intensive care unit.

"Physically some people never recover following admission to intensive care while some may have issues with their cognition, are unable to return to work or have long-term problems with anxiety and depression.”

Getting back on the bike after four years

Although Alun, who is the Deputy Chair of the charity, is an experienced long-distance runner, the challenge marked his first time digging out his road bike in over four years. 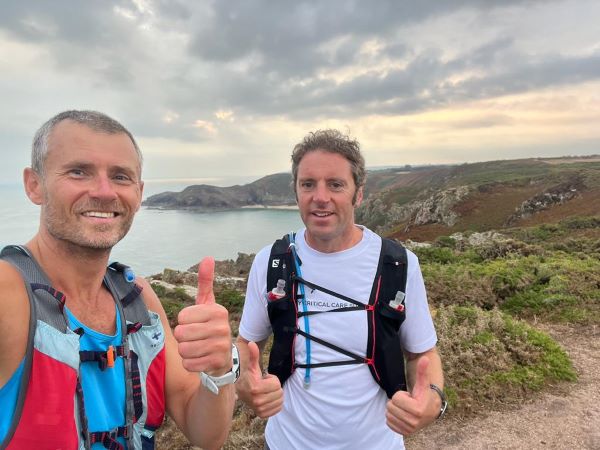 Pictured: Mark and Alun completed their 121.5-mile challenge in 28 hours.

The 30-mile swim was also his longest to date.

“I knew if I got to the end of the swim I could suffer through the rest,” he said.

"The swell was so strong"

But the sea didn't make it easy.

“We nearly had to call off the swim around the north coast as the swell was so strong," he recalled.

"My goggles were pulled off and because of the swell I threw up twice."

The pair believe this is the first time that anyone has completed a back-to-back swimming, cycling and running challenge around the island and they only did it with a small support crew of family and friends. 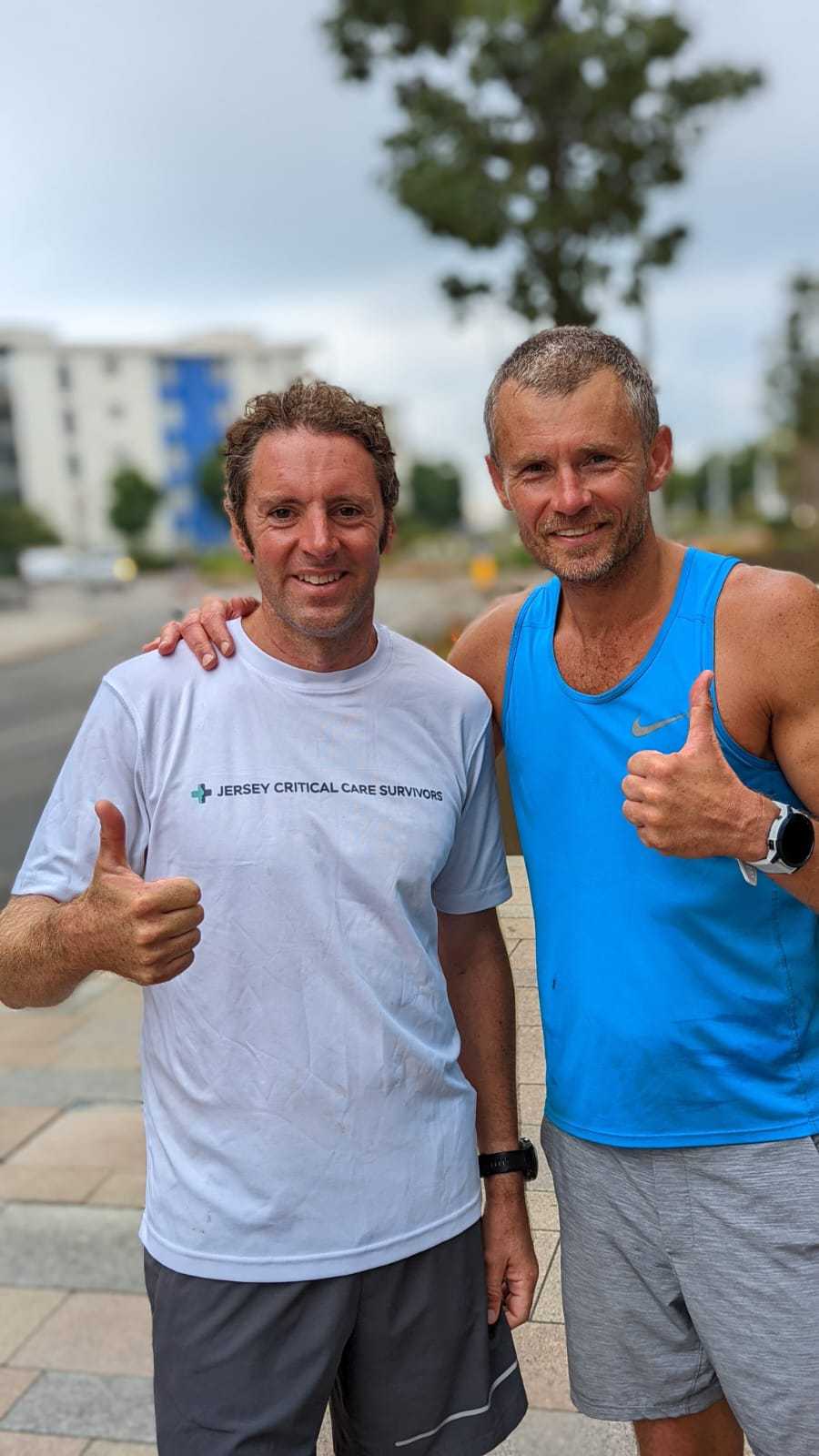 Pictured: Alun and Mark's effort has been hailed as "superhuman".

Donations have poured in since the challenge, with donors lauding the "monumental" and "superhuman effort" on what they termed an "epic triathlon".

One termed them the "triathlon ultra-nutters", adding: "Well done, an amazing achievement!"

Alun's view? "I’m chuffed that I’ve done it but there’s no way I ever doing it again!”