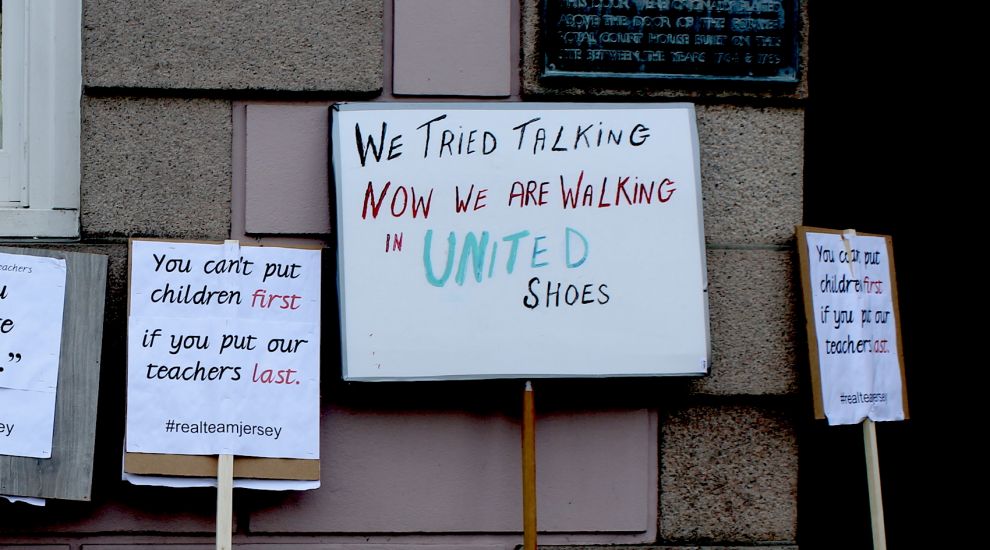 Longer lunchtimes resulting in longer school days, more inset days and setting fixed teaching and meeting hours all form part of the government’s demands from teachers in return for better pay, it has emerged as hundreds go on strike today.

The mass walk-out has resulted in the closure of 13 schools, and the partial closures of many others, as union members call for pay to be increased in line with rises in the cost of living.

Negotiations between the States Employment Board (SEB) – the panel that sets public sector workers’ pay – and education unions have rumbled on for many months, but hit a major roadblock yesterday following discussions that started at 10:00 and extended late into the evening. 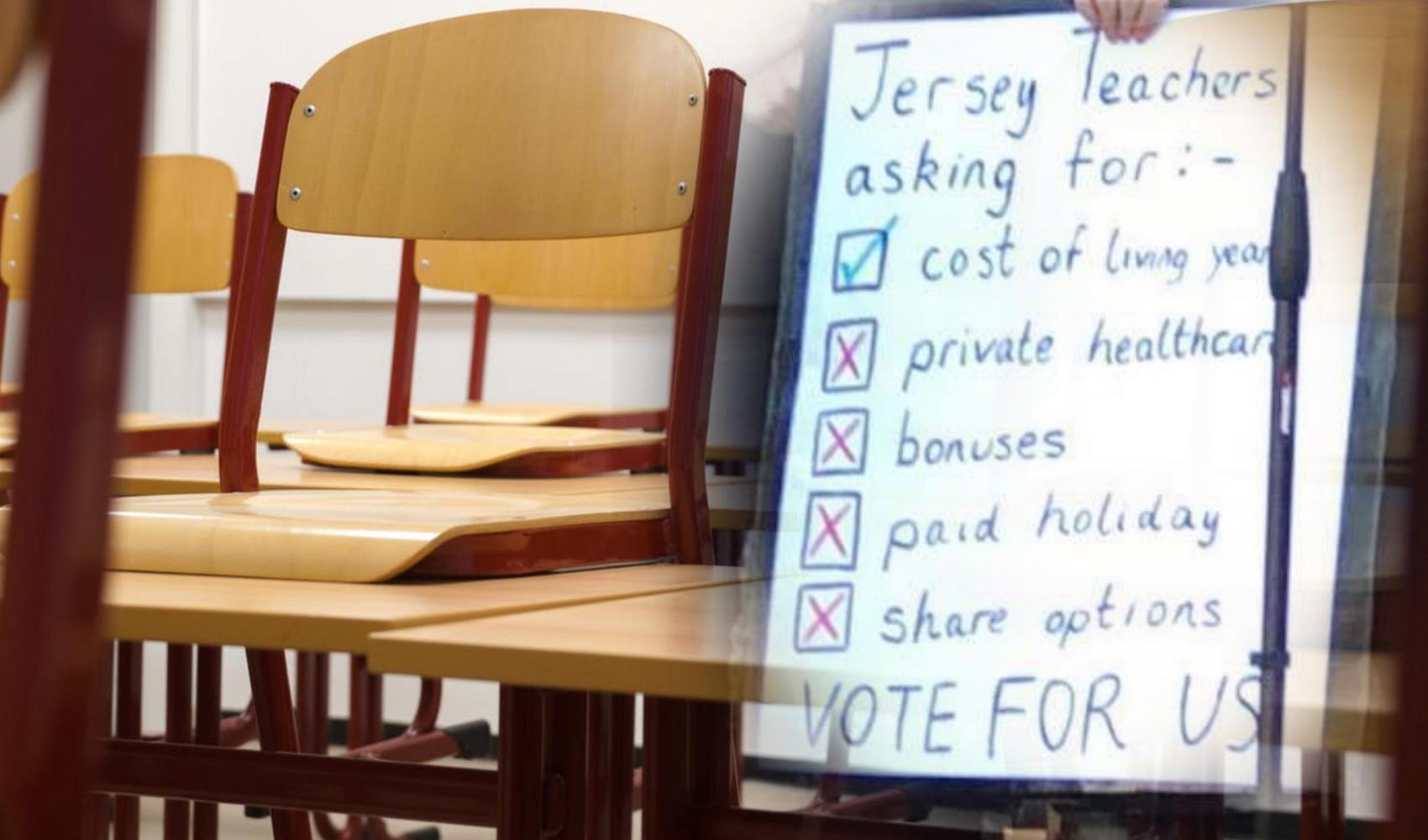 Pictured: Teachers are asking for the government to reverse the trend of stagnating wages, which are not keeping up with rises in the cost of living.

Express has learned that, in return for wage increases in line with RPI in January 2020, the SEB has demanded major education reforms, telling unions of a desperate need to make cost savings prior to pay changes.

These demands include extending lunchtimes to an hour-and-a-half, therefore extending the length of the school day, as well as asking teachers to take part in five inset days per year – two more than at present.

Teachers have also been asked to agree to fixed allocations of contact teaching time, annual cover and meetings.

But the National Education Union (NEU), whose members are striking today and will take part in a further seven days of strikes this month, held firm that they wanted to see the pay dispute resolved first.

Video: The NEU President warned there could be many more strikes and rallies - like this one held in March - if the SEB don't meet teachers' pay requests.

NEU President Brendan Carolan told Express that the union were “very happy” to consider reforms and recognised the need to do so, but said that it was “not sensible” of the SEB to attempt to make such changes while their pay slips behind rises in inflation.

He said there was a feeling among union members that the SEB was “not aware of what we do already as part of goodwill”, adding that if they did not agree to  “at least a zero change in wages” (bringing them in line with RPI for 2018/19 and beyond), there would likely be further walk-outs in June, July and September.

The NEU has invited the SEB to a further meeting where talks will resume.

A rally will be held at the Weighbridge at 12:45 today.

Express has contacted the SEB for comment, and is awaiting a response.

See the full list of schools affected by the strikes by clicking here.