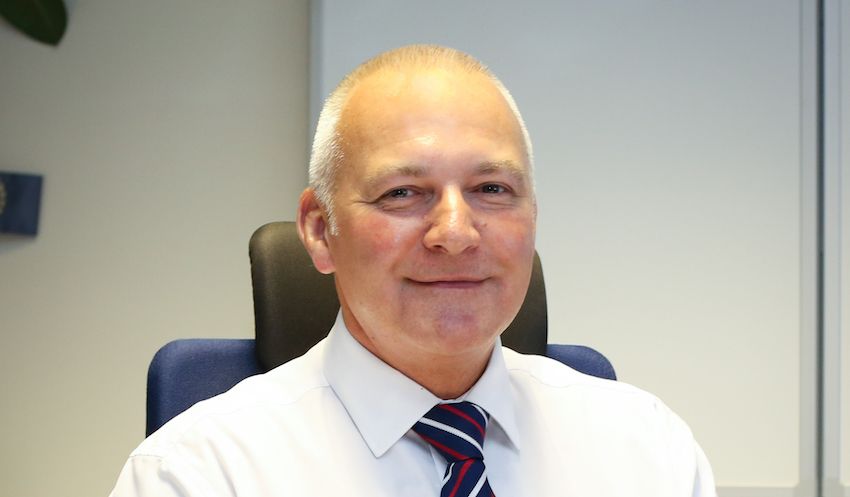 From digging trenches for security purposes to revolutionising how vulnerable people are looked after... the Deputy Prison Governor is being praised for dedicating 30 years of his life to Jersey's prison.

Nick Watkins, who rose to the rank of Deputy Prison Governor in 2014 after joining as an Officer in 1988, has been awarded several medals for his service as well as pioneering the establishment of the prison’s Vulnerable Persons Unit.

Reflecting on his experiences throughout his extensive career at HMP La Moye, the long-serving Deputy Governor said: “I have enjoyed some great times during my career and learned so much from the people I have come into contact with, and I still continue to learn.

“The best thing about my team, which is not limited to uniformed officers but also includes support staff and civil servants, is the people. We are all different but have a shared interest in looking after people and helping them break their offending behaviour.

“I do believe that life’s experiences and situations influence the path we tread and the choices we make. Sometimes it just takes a little effort to help someone get back onto the right path."

Pictured: Nick Watkins is celebrating the milestone of 30 years' service with HMP La Moye having worked up the ranks from Officer to Deputy Governor.

The married father-of-two was also “instrumental” in introducing technological advancements to the prison, including his involvement with developing an electric locking system which has now been deployed in other jurisdictions.

The seasoned Deputy Prison Governor is reportedly a “proud Jerseyman” who, when he isn’t working, enjoys golf, shooting, watching sports and spending time with family and friends.

In response to Mr Watkins’s milestone of 30 years of service, Prison Governor Nick Cameron said: “Nick Watkins has worked for the SoJPS for 30 years with pride and distinction, rising from Officer to Deputy Governor and recently acting Governor.

“Jersey can be proud to have such a dedicated, loyal and hardworking public servant. On behalf of all SoJPS staff, I congratulate him and thank him for his service to Jersey.”

Inmate jailed for lashing out during 'crisis'