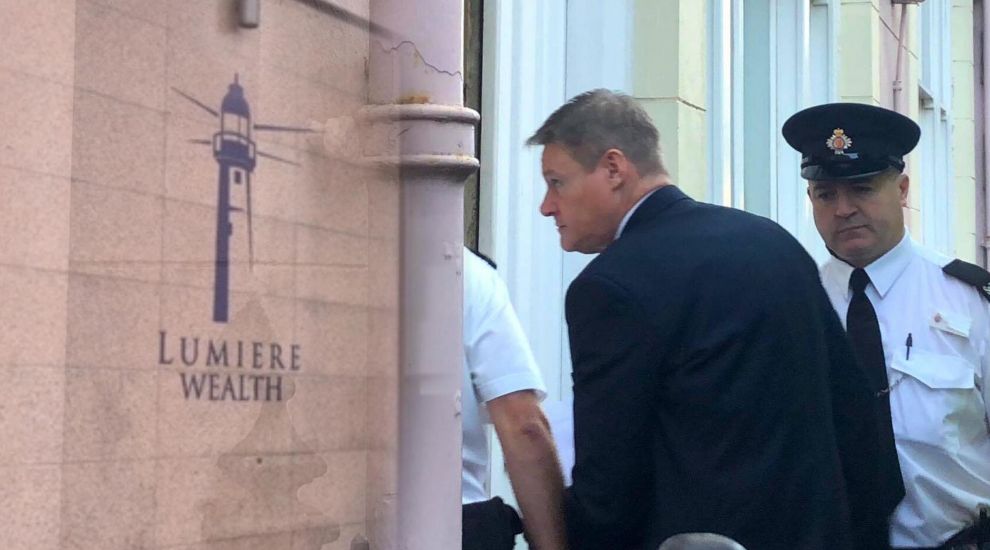 ‘A catalogue of failures’ at an financial advisory firm that led to Islanders losing millions of pounds is further evidence that investors need better protection, according to a lawyer who specialises in regulation.

Advocate Olaf Blakeley said that the Lumiere case - which led to investors collectively losing £3m - highlighted that the current system was broken.

It found that the Jersey-based financial services business, which went into liquidation in October 2016, committed a serious catalogue of failures, breaching Jersey’s legal and regulatory regime.

Lumiere’s former Managing Director was jailed for seven years in November 2018 for his part in the collapse. Christoper Byrne invested clients’ money in a Ponzi scheme which collapsed in 2016. He hid the high risk of investing in the fund and the fact that its owner was actually a major shareholder in Lumiere.

But some of the pain for investors could have been avoided if the JFSC required the financial advisory industry to have suitable professional indemnity insurance, according to Advocate Blakeley.

“As the JFSC Director General has stated, by the time the JFSC catches up with wrong-doing, investors’ money can be long gone. This demonstrates the necessity for adequate professional indemnity insurance in the industry.

“Sadly, the system currently in place does not work and is not fit for purpose and an alternative is essential.

“This observation is nothing new as it was voiced 13 years ago by a Court of Appeal judge, Richard Southwell QC, in the Jersey case concerning Alternate Insurance Services Limited.

“The Royal Court said then: ‘The JFSC should consider with even more urgency what can be done to ensure that all those whom it regulates are fully insured in every respect. An alternative would be to establish a mutual scheme for insurance, such as some professions in England and Wales and elsewhere have long established.’

“13 years later, nothing has been done.” 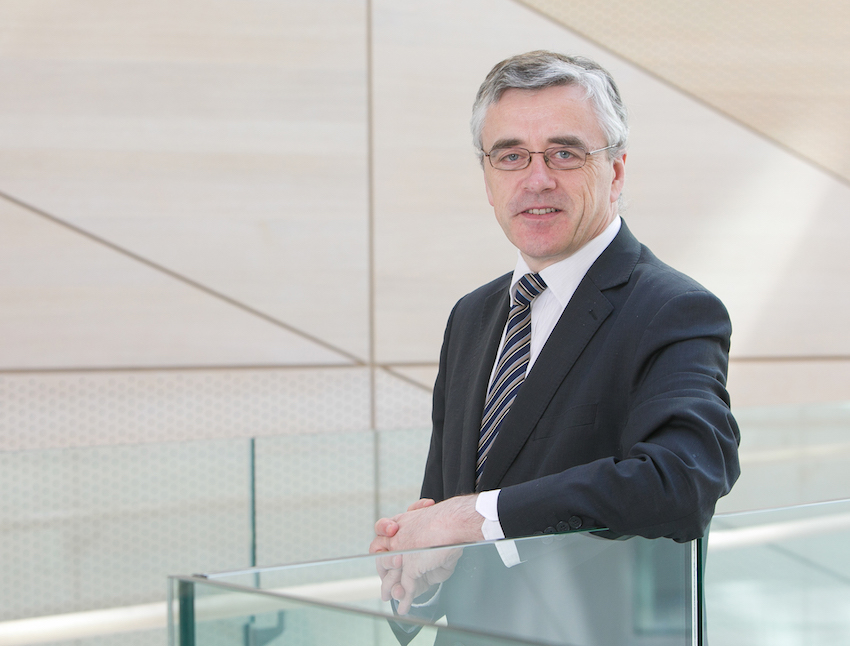 However, JFSC Director-General Martin Moloney said that insurance cover only worked if advisors followed the rules.

“To meet our regulatory requirements, licensed businesses are required to secure adequate professional indemnity insurance, relative to their activities. The level of cover will vary from firm to firm.

“However, as every jurisdiction recognises, there are limits to how much reliance can be placed on professional insurance to really protect investors.

“For example, for such insurance to remain valid there are ongoing obligations on the business. If the business acts in ways which don’t meet those obligations, an insurance company can legitimately refuse to pay after investors’ money is lost and claims are lodged.

“I have articulated publicly my personal view that the best way to provide additional protection for investors is through a proportionate investor compensation scheme.”

Advocate Blakeley agreed that the Government needed to step up.

"The limitations and problems with professional indemnity insurance are well known within the industry and beyond. Those problems highlight the requirement for a compensation scheme which is massively overdue.

"There is no point lamenting the losses suffered by investors when everyone knows their misery could have been remedied by a suitable compensation scheme. What is perplexing is why the States have still not done anything about it.

“The Law Society of Jersey has an industry fund scheme to which members must contribute and which may be used if clients suffer financial loss which is not covered by a law firm’s insurance and of course there is a scheme providing protection for investors who have money deposited in high street banks.

“While regulated financial services in Jersey are required to have ‘adequate’ insurance in place, the reality is that a business can fulfil the requirement and legitimately consider the insurance adequate and appropriate but in fact it is not. The whole system of insurance needs urgent scrutiny and review.

“It needed it 2007 when the Royal Court highlighted the shortcomings and it still needs it 13 years later. If there is something the JFSC can do going forward, it is to radically overhaul insurance requirements."

The JFSC first began investigating Lumiere in June 2016 after an on-site visit identified a number of major concerns about how the company was conducting business. The investigation was put on hold from October 2016 while the criminal investigation and subsequent trial of Christopher Byrne were concluded. 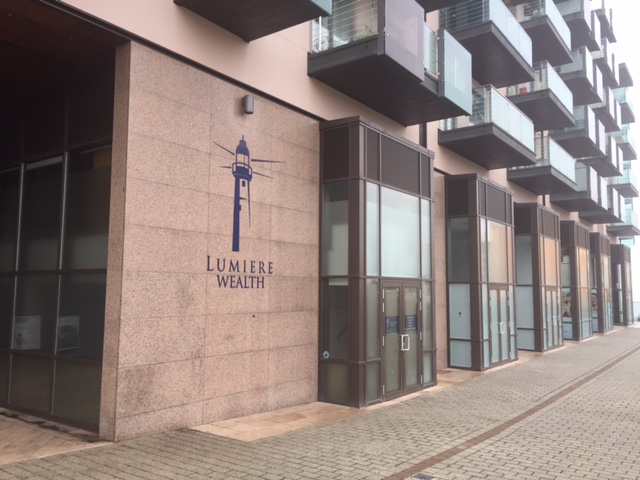 After Byrne was sent to prison, his home was sold off by the Viscount’s Office to recoup some of the losses.

Among other findings, the recently completed JFSC investigation concluded that Lumiere had routinely failed to consider its clients’ capacity to suffer financial loss and didn’t recognise, explore or resolve anomalies when assessing its clients’ appetite for investment risk. In short, it gave bad advice to clients.

It also failed to properly assess the fund, it gave the JFSC false and misleading information, it didn’t have adequate insurance, and it failed to identify or address several conflicts of interest, not least its close relationship to the fraudulent fund.

Announcing the findings of the investigation, Mr Moloney said: “The risk of fraudsters is constantly out there. I am very conscious that when they use a regulated business to defraud investors and deceive the regulator, by the time we catch them, investors’ money can be long gone. We need to be cautious; investors need to be cautious.

“As we would do after any case of this magnitude, our next step is to see if there is anything we could have done better. We are doing this as part of a wider update of all our processes for granting licences to businesses.”

Posted by Paul Troalic on Sep 14th, 2020
This is a disgraceful state of affairs. Why didn’t the JFSC pick this up sooner and prevent a problem becoming a catastrophe? Good lord these people are paid enough to prevent fraud yet this is clearly not happening. The Director a General has to go as he must assume ultimate responsibility for this. The sooner people are held responsible for their inactions their sooner we will feel our investments are safe.
Posted by CraigBarrie99 on Sep 14th, 2020
Good article highlighting relevant issues. However, you cannot gloss over the cap on the depositor protection scheme, which means that individuals would still suffer big losses in the event of the failure of just one of the big banks on the island. Particularly painful when the asset class is considered risk free. Of course, there is no risk free asset, even cash is eroded by inflation. If the purpose of a safety net is to instil confidence, then we need a combination of both self insurance (like solicitors) with the Government providing a safety net for the odd case that may skip through. Just remember who ultimately pays for any Government protection scheme!
Posted by Keith Marsh on Sep 14th, 2020
Mr Moloney said: “The risk of fraudsters is constantly out there. I am very conscious that when they use a regulated business to defraud investors and deceive the regulator, by the time we catch them, investors’ money can be long gone. We need to be cautious; INVESTORS NEED TO BE CAUTIOUS = always remember IF it sounds too good to be true , it probably is.
Posted by Gordon Jenkins on Sep 15th, 2020
Do the public realise that Lumiere and Providence were approved by the Jersey Financial Services Commission! How could a company namely Lumiere be given an investment licence by the JFSC as an independent financial advisory company when the Commission knew and understood that Providence “ The Parent Company” owned 70% of Lumiere! This is a blatant disregard of “ A Conflict of Interest “ people are blaming the small guy, who can’t defend himself while ignoring the elephant in the room.... it was the JFSC who rubber stamped, authorised and approved this investment !!
To place a comment please login Login »