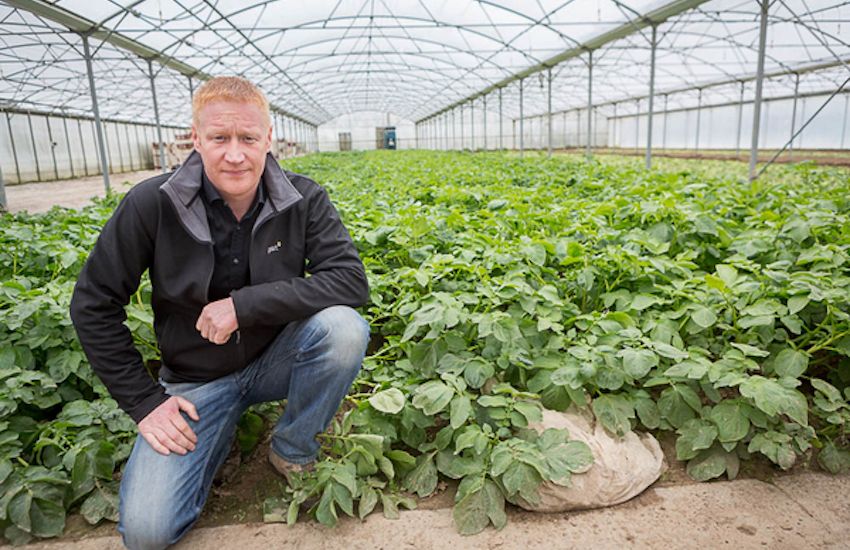 A farm which grows and supplies 80% of the local veg sold in Jersey says it is considering its future and could close down later this year after 130 years.

Trinity-based Woodside Farms will make a decision this month on whether to continue or shut down.

It is currently owned by Charlie Gallichan, the fifth generation of his family to run Woodside. It grows, sells and exports a wide variety of crops, including Jersey Royals, maincrop potatoes, carrots, onions, greens, daffodils, daffodil bulbs, leeks and broccoli.

He said that the business – along with the whole of agriculture in Jersey – faced a very uncertain future.

Covid had had a significant impact on trade, he added, compounded by the lack of Government support through the pandemic.

Woodside has already agreed to sell its daffodil-growing and potato-exporting businesses to Jersey Royal Company, subject to regulatory approval.

Because of this, and the seasonal nature of farming, no staff will lose their jobs if Woodside Farms does close.

Pictured: Woodside Farms is based close to Haute Croix in Trinity.

Mr Gallichan said: “We had a kicking through covid and we are currently considering our options. We have two choices: we either carry on or we stop.

“At the moment, we have produce in the ground so we are three or four months away from having no work, so there is no panic. That said, we have to come to a firm decision by the end of this month.

“The whole of our business is under review; it is very challenging times.”

Mr Gallichan said that, as far as he was aware, agriculture was the only significant sector not to receive any covid support from the Government.

“Not only were we hit with the extra costs, such as having staff in isolation and providing PPE, but then local hospitality – a key market for our business – also shut down.

“Usually, we would export our surplus produce to the UK, but we could not do that, either. We had to dump hundreds of tonnes of produce.

“Not only that, but our daffodils were ready to go to market in March 2020 but that market disappeared overnight. We lost £100,000 in the first week of lockdown and had to throw away the entire crop.

“So, we’ve been hit multiple times, and because crops take time to grow, we’ve effectively lost two years of business, with no support whatsoever.” 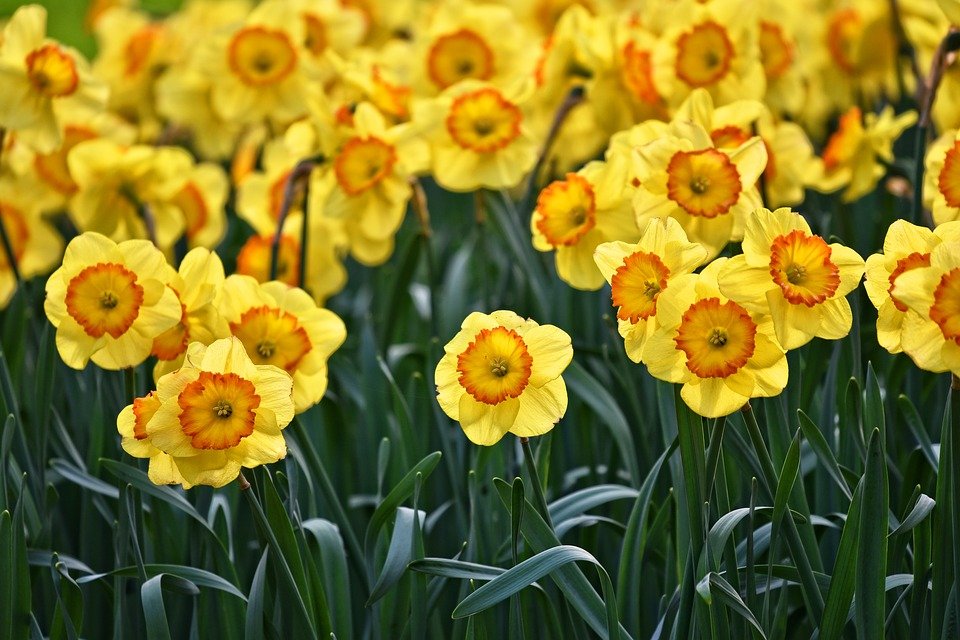 Mr Gallichan added that its logistics business, which is currently being acquired by Jersey Post, had also received no Government support because it had been owned by the farm.

He added: “I think agriculture as a whole has been forgotten by the Government. We receive a fraction of the support offered elsewhere; in fact, Jersey consumers buying produce grown in the UK and EU continue to be subsidised by those governments.

“I have been warning people for years that this closure could happen, but my warnings have not been heeded.

“The most important message is that although we are the largest part of the local industry, the whole of agriculture has a serious problem. If we do close, it will be the first of a series of closures if the Government doesn’t change its tack.”

Woodside Farm became the primary grower of local vegetables when it bought Amal Grow in 2015, including the business’s 50 staff. The Government did provide some support then but Mr Gallichan said it was a fraction of the £4m that Woodside invested into the business.

“The world has changed since then,” he said. “Increasing the minimum wage has also crippled agriculture, which I know is an issue which the Jersey Farmers Union have been raising for years. We really are at crunch time.” 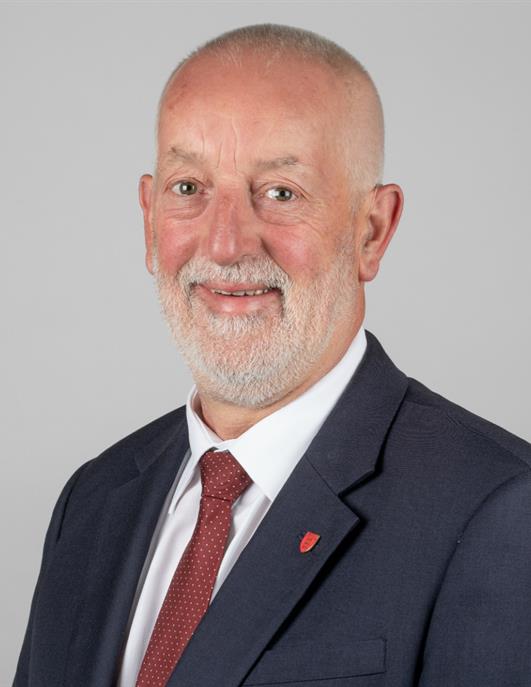 Pictured: "This Government has presided over the totally unnecessary demise of a farm," said Deputy Steve Luce.

Deputy Steve Luce, a former farmer, said in a blog for the Progress Party that he was saddened and frustrated by the news that Woodside Farms could close.

“Despite being warned by farmers and politicians alike, this Government has presided over the totally unnecessary demise of a farm that has been, for decades, a leader and innovator in the independent agricultural sector, and the marketing of flowers, bulbs and vegetables,” he said.

“When the widely supported decision to move quickly towards a ‘Living Wage’ was made, that decision came with inevitable consequences for farming. That decision, to make significant increases to the minimum wage in the short term, was made with the clear understanding that a way had to be found to help agriculture through the huge increase in costs that would result.

“Everyone knew that, along with the other increases in holiday entitlement and rest breaks, the combined result would be double digit percentage increases in costs for farmers. What has been done about this? The answer is ‘nothing’.

“There should have been a concerted and speedy effort by Government to find ways to help get the farming industry through these challenges.

“The solution was, and still is, modifications to agricultural Social Security contributions. Other assistance could be through reduced harbour dues and increases in productivity incentives. It’s not rocket science and is easy to resolve, and it should happen immediately. It should have happened four years ago.”

He continued: "The Gallichan family have been farming since the 1800s. Five generations have farmed continuously from their base in Trinity. It is a sad reflection on the state of the farming industry, and Woodside Farms in particular, that we are where we are today.

“Some small initiatives from government in the last few months are far too little and have come far too late. We have to do more to keeping farming alive, and we need to do it now.”

Posted by Jon Jon on Mar 2nd, 2022
Luce has been in the States a number of years so why hadn’t he fought farmers concerns.Luce also worked for Woodside for a time,yes gave up farming,chickens and oysters,more profit being a States member.
When Amal grow was running they did supply nearly all local crops,more than Woodside did.Woodside also had great deal of cash from States to take over the supply of veg for the Island.
Posted by Keith Marsh on Mar 2nd, 2022
They could not think of selling the crops cheaper, to Jersey residents ~ they preferred to throw them away. What a dreadful state Jersey has become.
Posted by Martin on Mar 2nd, 2022
Build some of the NEEDED houses on Gallichan,s land to give him a boost & provide essential housing!

WIN WIN!
Posted by Sheila Young on Mar 4th, 2022
It will be very sad if this farm closes and we lose this local produce. We are already importing fruit and veg from all over the world, surely some of it can be supplied more cheaply by our own farmers?
To place a comment please login Login »