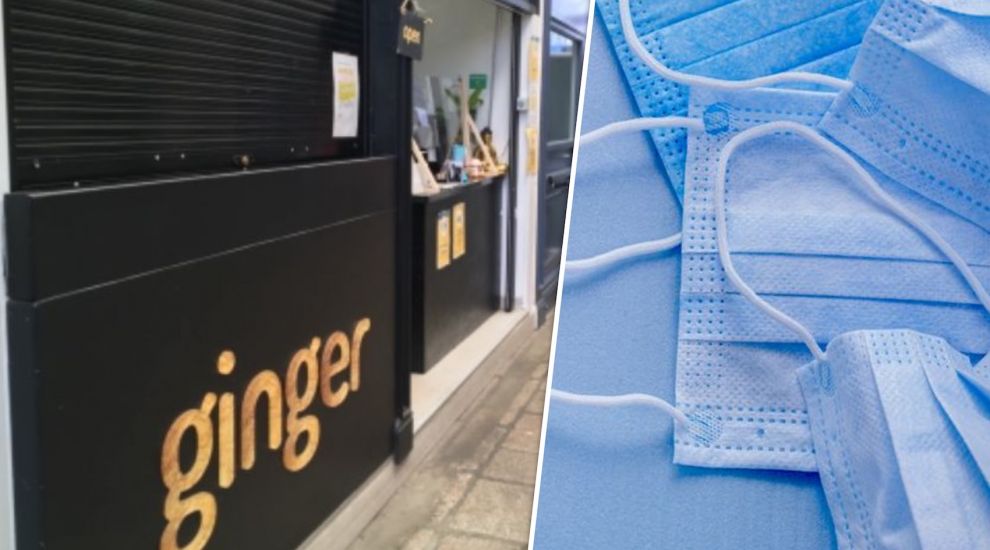 The co-owner of an Asian street food stall in the market has been fined £2,000 for breaching the covid rules on wearing a mask at work.

Decia Gomes De Jesus (38), co-owner of Ginger, appeared in the Magistrate's Court today, to be sentenced on two charges of breaching covid workplace restriction rules, and a failure to come to court.

The prosecution explained that Police officers went to Ginger on 15 January this year, and advised De Jesus on the rules, after she was seen not wearing a mask.

After this, De Jesus was still seen not wearing a mask "correctly."

De Jesus had e-mailed the helpline and been advised that she was allowed a personal exemption; but the prosecution pointed out that this advice was not for a workplace exemption, which is a separate provision altogether.

On 26 January, a Health and Safety Inspector also noted that she was not wearing her mask properly, and that it was only covering her mouth, not her nose.

They said an 'Improvement Notice' was then served to her to start wearing a mask properly, but even afterwards, she was still seen to be breaching this.

Following this, she was summoned to appear in the Magistrate's Court on 28 February, but did not attend.

The prosecution said that when asked about this later by police, she had thought that the summons had been an invitation which she could decline.

Defending De Jesus, Advocate Olaf Blakely said that his client had been "genuinely confused" by the conditions placed, and that had been further added to by the fact she had an exemption card on health grounds from her GP.

He also noted that in January of this year, the guidance on mask exemptions did not specify the difference between a personal exemption and mandatory work exemption, something which he pointed out has now been added as of July.

He said that she was now "apologetic" and "sorry" for the breaches, that she "accepts and is now compliant" with the law, and that the offences should be treated "at the bottom of the scale."

Summing up, Magistrate David Le Cornu said that while he accepted "that at first there may have been some confusion," he noted an "element of defiance" on De Jesus' behalf, observing that several people had told her about the rules.

He ruled that she should be fined £1,000 on both covid restriction breaches.

Posted by Danny Moisan on Aug 11th, 2021
like business has not been hard enough on people already! let's fine them for making a tiny error
Posted by Stephen Tompkins on Aug 11th, 2021
Whereas the court appears to accept there was some confusion on the advice given to the defendant and even her Advocate pointing this out, seems to have fallen on deaf ears. Surely if the rules were changed/made clearer some 6 months later, surely this should have been reflected in the fine given. I hope her Advocate sees fit to appeal this fine/sentence.
Yes I accept that the rules are for a very good reason but they should not be ambiguous
To place a comment please login Login »