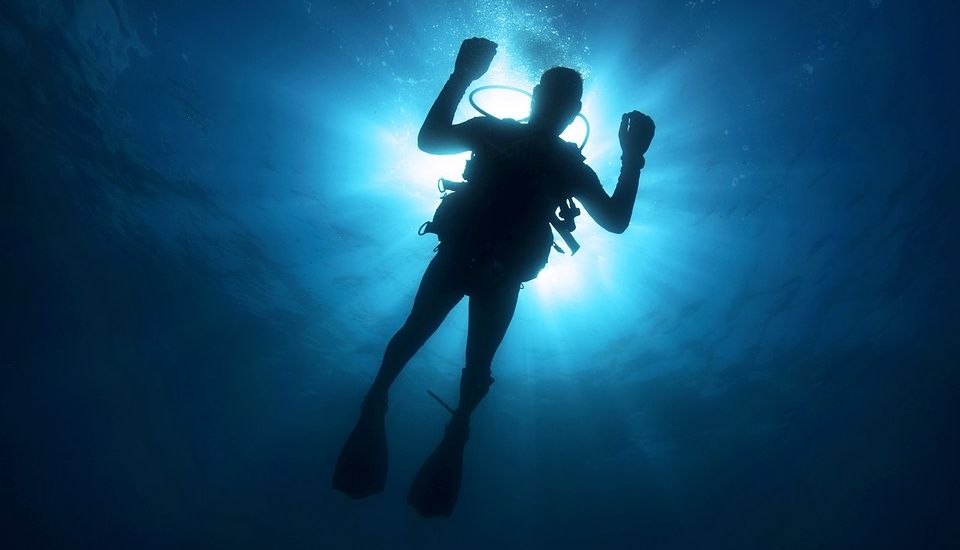 A diver reported missing has been found following a major search operation involving two lifeboat services, a French helicopter and a number of other local vessels.

A 'mayday' alert was issued by Jersey's Coastguard just after 10:00 yesterday morning following a call from a local fishing vessel, explaining that a diver on a drift dive around 12nm southeast of St. Helier Harbour, was 20 minutes overdue their return.

Having lost sight of the marker buoy, they said they were unable to determine the diver's position.

Pictured: The diver had been around 12nm southeast of St. Helier Harbour.

The RNLI, JLA and a helicopter from Granville were all called to assist by the Coastguard, while a 'mayday' relay was also broadcast, to which "numerous" vessels in the area responded.

"Jersey Coastguard were able to determine the likely drift of the casualty from the diver's last seen position and the search and rescue assets were then tasked to proceed to the search area and commence a search," the Coastguard explained in a statement.

"Fortunately, the diver was located by the RNLI inshore lifeboat and after assessing the safety and welfare of the diver, was then taken back to the vessel. A sincere 'thank you' to all those who assisted us this morning."

The diver was the second to go 'missing' in under 24 hours. The Coastguard has since issued a strong warning to all divers to ensure they understand the importance of having a recognised diver's surface marker buoy to aid with detection.