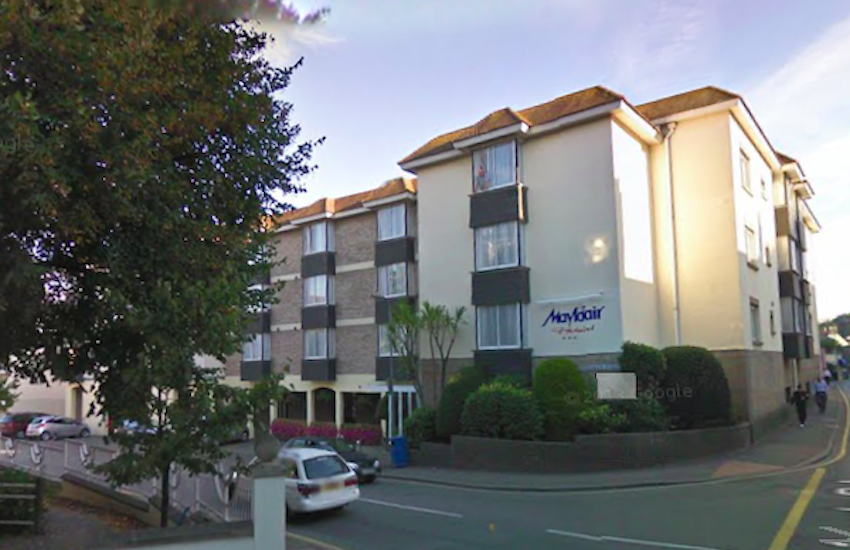 Plans to demolish a longstanding hotel in the heart of St. Helier to make way for more than 200 homes have officially been given the go-ahead.

The Mayfair Hotel closed its doors at the end of last month after half-a-century in the hands of the family-run Modern Hotels Group – though its history extends back even further.

According to Occupation Historian Colin Isherwood, it was taken over by German forces in 1941 and became the first of several ‘Soldatenheims’ (Soldiers Homes), recreational establishments where personnel could have hot meals, relax and write to loved ones.

Over the following decades, it welcomed thousands of tourists through its doors, but eventually decided that the “challenges facing tourism” had become too great in recent years, which, combined with the “pressure of covid-19” led to its closure.

Plans were submitted back in January to demolish the hotel and construct 137 on-bed and 68 two-bed residential units with basement parking and landscaping.

Dandara will be working on the five to six storey development on behalf of affordable and social housing provider Andium.

The application was officially approved yesterday.

Earlier this month, proposals to demolish a series of buildings on Kensington Place - including the Revere and Stafford hotels and restaurant - to make way for 106 flats were also approved.

The Savoy is another well-known hotel soon to be closing, with plans underway to use the site for 'eco-homes'.

FOCUS: The wartime history of the Mayfair hotel

Posted by Martin on Nov 19th, 2021
WHY OH WHY are the Gov planning to put affordable housing on the Waterfront or old planning site where there are Sea views which grossly grossly inflate the value of the property WHEN affordable housing can be put on the site/s mentioned above and THEN FULL market value can be gleaned from the Waterfront premises to RIGHTLY boost our hammered financial reserves! This is a WIN WIN situation!

I FULLY support affordable housing but as 1st time buyers Sea views should not be provided or expected!

I am on my 4th property ( the 5th will be 6ft x 2 ft) & have paid full price for each & do not have sea views, as I cannot afford such a luxury! I am very happy where I am but a LITTLE common sense please!

If someone will not accept a house without Sea Views as part of the Affordable scheme the JUST remove them from the list!
To place a comment please login Login »