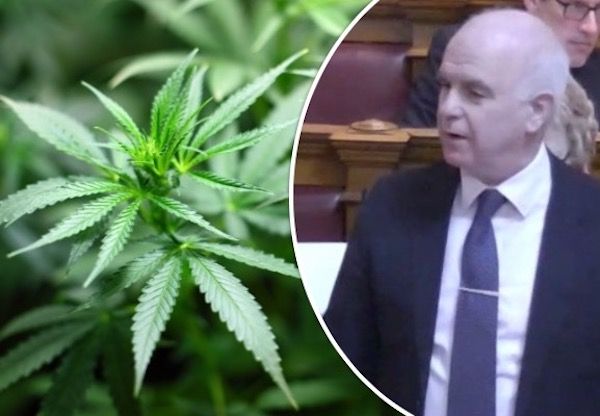 Moves to make medicinal cannabis available in Jersey have moved a step forward – discussions with two suppliers have now finished, and a cannabis-based spray will be made free via prescription from the hospital.

Jersey’s Health Minister, Senator Andrew Green, had promised progress in securing the products for the island by the end of 2017, but said that he ran into delays finding clinically approved products and organisations prepared to deliver to Jersey.

But now he says the project is moving again. In response to a questioning in the States today by Deputy Montfort Tadier, who has championed efforts for the drug to be legalised in Jersey, he said that discussions with “two potential suppliers of products produced to Good Manufacturing Practice (GMP) standards” have recently concluded.

These products, he said, would likely be from the Bedrocan and Tilray oral solution ranges produced in Holland and Canada respectively. If both ranges are successfully reclassified under the Misuse of Drugs law, they will be able to be prescribed by hospital specialists for islanders to use free of charge.

Senator Green also explained that, during research into medicinal cannabis, the use of Sativex – an oral spray – was also reviewed and will now be made available free of charge to those that are prescribed it in hospital.

Sativex contains two cannabis-based ingredients – tetrahydrocannabinol (THC) and cannabidiol, which are extracted from hemp plants. Their uses are primarily to treat pain.

Senator Green said that the drug could help with Multiple Sclerosis, a condition that damages the nervous system and can cause a number of impairments, including vision problems, muscle pains and spasms, dizziness and fatigue, as well as cognitive issues.

“Advice received from the Misuse of Drugs Advisory Council (MDAC) was that before prescribing an unlicensed cannabis-based product, clinicians should first give consideration to prescribing a licensed medicinal product even if the intention was to use that medicine “off label”. Sativex is a medicinal product licensed only for use to improve symptoms in patients with spasticity associated with Multiple Sclerosis. Use for any other reason would be considered off-label use.

“As a consequence, Sativex will be made available free of charge when prescribed by a hospital specialist and supplied from the hospital pharmacy,” he explained.

This latest update comes after Deputy Montfort Tadier began seeking support for a vote of no confidence against the Health Minister, which he said had been triggered by Senator Green’s lack of progress in securing medicinal cannabis products for the island, as well as the £466million Future Hospital’s planning application rejection. 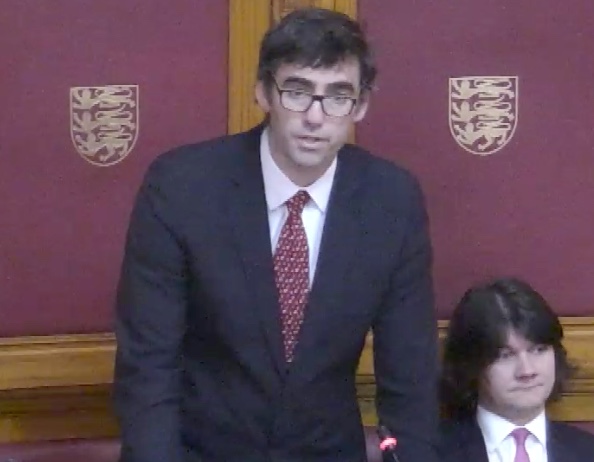 Pictured: Deputy Montfort Tadier, who supports medicinal cannabis, wants to bring a vote of no confidence against the Health Minister.

In an email to his parliamentary colleagues, he wrote: “There is good reason that he should face a vote of no confidence, and it is not just the bungling and broken '100 day' promise on the hospital site; for my part, I am very aggrieved that he has broken promises to the many brave islanders who suffer from a variety of conditions - Multiple Sclerosis, Epilepsy, Cancer, chronic pain, strokes, sleeping disorders, fibromyalgia, PTSD, to name but a few.

“The Minister has always been very conservative on the issue of medicinal cannabis and always been lead [sic] by the nose by an even more conservative medical establishment in the island. More crucially, he and they have been wrong.

“The Barnes report, published in 2016, gave him fresh evIdence [sic] of the efficacy of cannabis for a whole variety of conditions which forced him to change his position, and he promised to produce a list of approved products by the end of the year.

“This promise was made in May and again in September!  How long must people be denied effective medication and be made to suffer or even self medicate?

“In a sense, this is a more unforgivable political transgression than the hospital debacle. The latter is a matter of collective incompetence on the part of the CoM [Council of Ministers]. The failure to act on medicinal cannabis lies firmly at his door.

“As a result, I will happily bring or sign a vote of no confidence in the Minister. Are there others who will join me?”