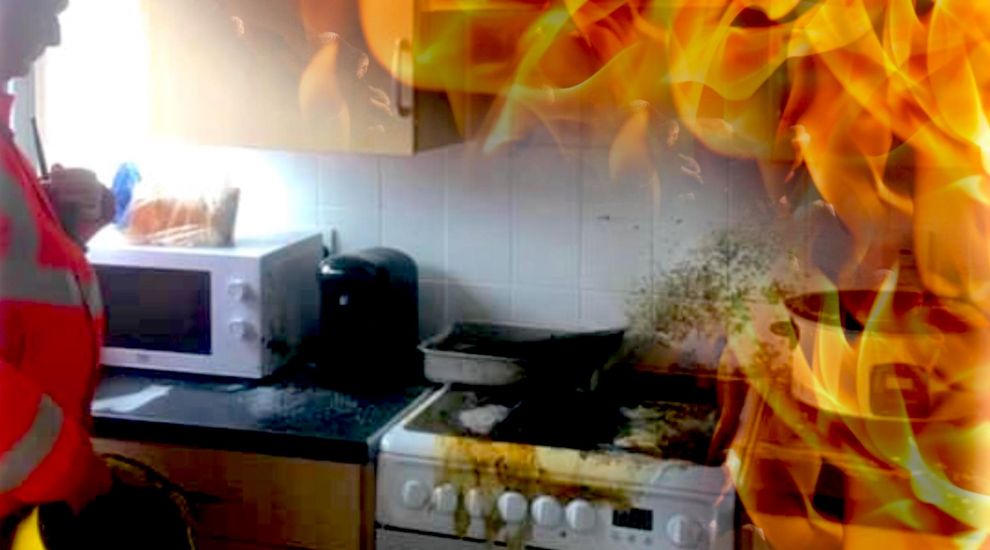 Two fire engines were called out to a smoky flat this morning after a plastic chopping board left on a cooker caught fire.

The ‘999’ alert came shortly before 09:00 this morning after smoke was spotted billowing out of a third floor flat at Plaisant Court in St. Helier.

Fire fighters reached the property “within minutes”, with five entering the property and six supporting from the outside with an aerial ladder.

Confronted with a kitchen blaze upon entering, they used a foam extinguisher to put out the flames.

No one was in the property at the time.

Firefighters later discovered that a plastic chopping board left on top of a cooking hob that had either been left on or “accidentally knocked on."

“This once again highlights the importance of a working smoke detector to raise the alarm, which in this case allowed us to deal with a small fire quickly before it developed into a larger, more serious incident.”

Pictured top: The aftermath of the blaze, which sparked a reminder from Fire and Rescue officials to islanders to ensure they have a working smoke detector. (Fire and Rescue Service)