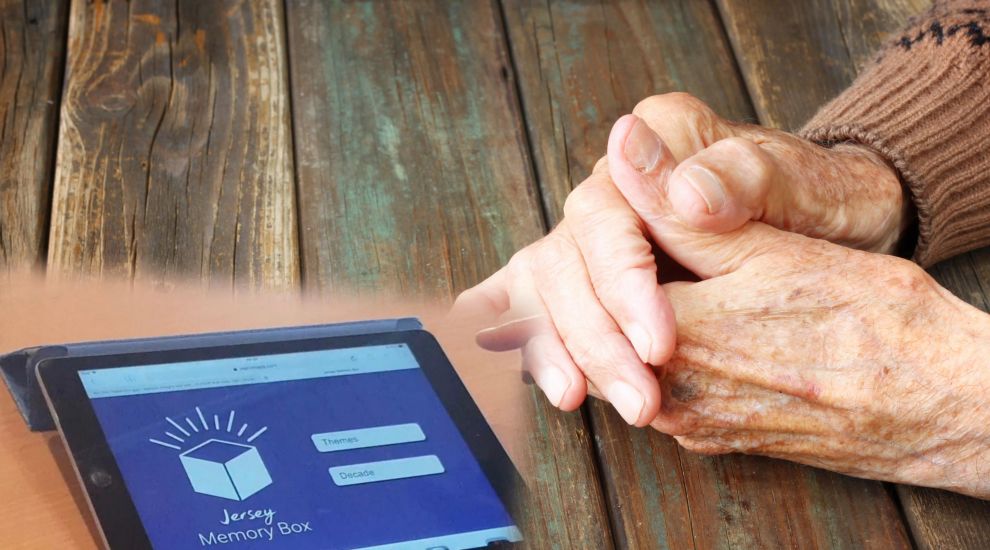 An innovative new app aiming to take dementia sufferers down memory lane with the sights, sounds and feelings of their younger years will launch in November.

The idea for Jersey Heritage's ‘Memory Box’ - a "lively and colourful" app filled with archive photos and images of objects from the museum’s collection, which can be browsed by decade - came from the organisation's 'Reminiscence Sessions' for residents of care homes around the island.

Over the past 10 years, Heritage staff have visited the homes armed with boxes full to the brim with old magazines, photographs and duplicates of everything from matchboxes to perfume bottles from the museum's collection.

"We have a dedicated collection that we use for handling. We know that handling old objects and looking at archive photographs is good for people's physical and mental wellbeing," Lucy Layton, Jersey Heritage's Outreach Curator explained. "The objects and photos trigger memories in people and it's lovely to see them come alive with their memories. Staff from the care homes sometimes tell us how some residents that are normally very quiet start talking about their memories."

Video: The 'Memory Box' will be launched in November.

While the sessions have been popular with residents all over the island, they are sadly limited by staff availability and the small number of objects that are actually safe for handling. The team therefore started thinking about ways they could make the sessions and the collection more readily available to people. Following the example of Liverpool Museum's 'My House of Memories', they started working on an app using funds from the Jersey Association for Charities and the Channel Islands Lottery.

Ms Layton said: "We have a wonderful resource and the app will help extend the reach of the reminiscence work. We only do the sessions in residential homes or at the hospital and we know that about two thirds of people with dementia are being cared for at home by a family member or a carer. With an app, we thought we could reach all those people.

"Once you have downloaded the app you don't need to access internet again. This means that family member could download the app on their tablet and bring it to the person they care for. This could make for a really lovely moment where they could both explore the collection, look at the photographs and have a deeper, meaningful conversation. It's a chance to get to know someone better."

Video: Liverpool Museum developed the 'My House of Memories' app to help people with dementia and their carers explore objects from the past and share memories together.

Over the last year, Ms Layton has been putting the content of the app together - a process she says was time consuming, but helped by the efforts of redactor Alex Rive and local developer Fred Meyer, of Cyber Digital Systems Ltd. The app is now almost ready, and set to be launched in November on both Android and Apple systems.

While it will be available for both phones and tablets, Ms Layton says it works better on the latter as pictures are bigger. 120 objects and 120 photographs will initially be featured, but more could be added in the future.

"The app is very simple and easy to navigate. We have made the app all about the content and not the gimmicks, as it is aimed at an older audience. People will be able to browse via themes or decades and we will be able to display a much wider collection. There will be a broad mix of objects and photographs reflection a lot of topics and different industries. We have aimed to make it very lively and colourful," Ms Layton said.

Pictured: The app will initially feature 120 objects and 120 photographs.

Before it can be launched, 'Memory Box' will be tested by local carers as well as members of the Jersey Alzheimer's Association during focus groups. The charity also provided advice during the development phase to help make the app as user-friendly as possible.

While it is being launched to help people with dementia, Ms Layton hopes that 'Memory Box' will also find other uses.

"I think it has a great potential to be used in school," she explained. "It could also be used in families to talk about the past and the history of the island."

She will be giving a talk about the app in Jersey Library on Friday 21 September at 13:10 as part of National Coding Week (17 to 23 September), a celebration of local examples of digital excellence and innovation.