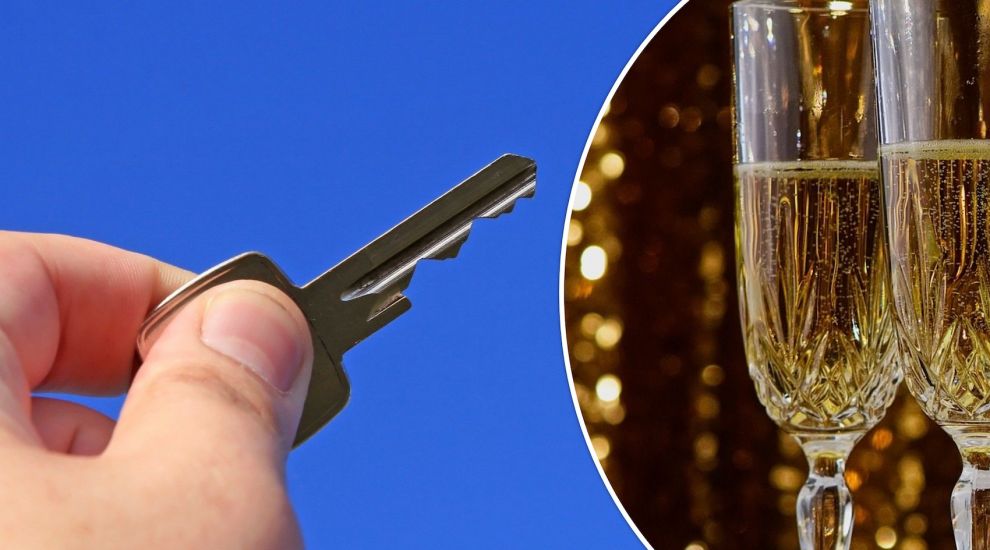 Wealthy individuals wishing to move to Jersey will now have to pay at least £1.25m for a flat and £2.5m for a house following a re-evaluation of Jersey's high value residency programme.

Previously, the minimum price of a home for those wishing to obtain their ‘entitled’ status as high value residents was £1.75m - a figure set in 2011 which was re-valued this year.

In addition to raising the minimum prices, which aim to keep rich residents out of the island's main residential market, Economic Development Minister Senator Lyndon Farnham said that future applicants will have to show a “minimum level of net worth”.

He made the comments during a Scrutiny hearing with the Economic and International Affairs Panel. Earlier in the hearing, Senator Steve Pallett had asked whether the pandemic had had any impact on the number of applicants to the high-value residency scheme.

Pictured: Senator Lyndon Farnham said there had been 18 applications from high value residents so far this year.

Senator Farnham said there had been 18 applications so far this year, against nine in the same period in 2020. He added that the average had been about 18 over the last 10 years, although he said the numbers tend to fluctuate.

Out of the 18 applications, Senator Farnham said 17 had been approved and that there had been 22 relocations so far this year - some of which would have been approved last year.

“Figures are slightly up I would say this year, there’s been more interest since the pandemic but it’s still, in the context of the population, a relatively small number.”

Senator Farnham said another four or five applications were in the pipeline and that he expected the numbers to hit “the mid-20s or high 20s of approval by the end of the year”, before correcting himself later on and saying he may have been “a little bit optimistic”.

Kevin Lemasney, the Head of High Value Residency Engagement with Locate Jersey, said that, although 2021 had “the strongest start of the year to date”, applications had since slowed down with only two in the last two months.

“I think this is a bit of an exceptional year, I might have been a little bit optimistic with these numbers because it is slowing down a bit as Kevin said, it could be low 20s,” Senator Farnham said. “We’ve had years previously with those sort of numbers and often when you see a high year, then follow a year slightly lower.”

Mr Lemasney explained that the high value residency programme is currently under review, but rejected the view that a limit should be imposed on the annual number of applicants - contrary to what the Chair of the Panel, Deputy David Johnson, had suggested.

“Each one of these new arrivals is bringing a minimum tax of £145,000 per annum - they are really costing us little to nothing. They are providing, in many cases, employment for local people in businesses they bring,” he said.

“We expect that by the end of August we will have breached the £100m in property acquisition for the first time ever; that brings in to the Treasury £7.5m of much-needed income.

"I think if we approach it purely in economic development terms, there are cases not necessarily to increase the number, but certainly not to limit the number.

Posted by Scott Mills on Aug 2nd, 2021
pocket change to them. In 5 years that's how much a rabbit hutch above a shop will cost!!! Still they'll have lovely beaches to enjoy
Posted by David Moon on Aug 2nd, 2021
Wealthy immigrants. It’s time t o become realistic. These immigrants measure their wealth in £100,000 plus and should be paying ten times the amount they are currently being charged and required to buy flats of £5,000,000 or houses of £20,000,000 plus. The housing shortage will not be solved whilst developers outbid local people for modest properties to demolish and replace with luxury houses and flats. The Island suffers from an overheated economy and over employment, the last thing required are more wealthy immigrants and the continuance of pursuing a policy for more economic growth which has left the Island with an annual budget deficit and the proposal to take on huge borrowings for grandiose projects which the Island cannot afford when less costly options have been rejected for dubious reasons.
Posted by Patrick Troy on Aug 2nd, 2021
How many dependants will they bring with them to our already overpopulated island?
Posted by MichaelEvans46 on Aug 2nd, 2021
If these so called wealthy immigrants are what they say the amount should be at least double the proposal, also the minimum £145k tax they allegedly have to pay what about the published government figures from a few years ago when it was admitted that some had not been paying their so called minimum amount
Posted by Michael Blampied on Aug 2nd, 2021
Do those commenting fully understand what is going on here? Which parts of Mr Lemasney's statement are proving difficult to comprehend? There is virtually no downside to having these wealthy immigrants on the island. Before I recently retired I suspect my annual tax liability would have been higher than the island average. These immigrants however are committing to pay, each year, at minimum, more than 5 times the highest annual tax amount I ever paid and
in addition provide significant additional employment and business for other residents. We are not alone in competing for their residency and if we don't want the advantages that these people bring, then following some of the commentators recommendations regarding the upping of minimum requirements is a sure fire way of keeping them out.
Posted by MichaelEvans46 on Aug 3rd, 2021
To Michael Blampied, I fully understand what i said, when the government lets some of these people off paying their taxes which has happened what is the benefit of them being in the island?
To place a comment please login Login »

Should estate agents be regulated?