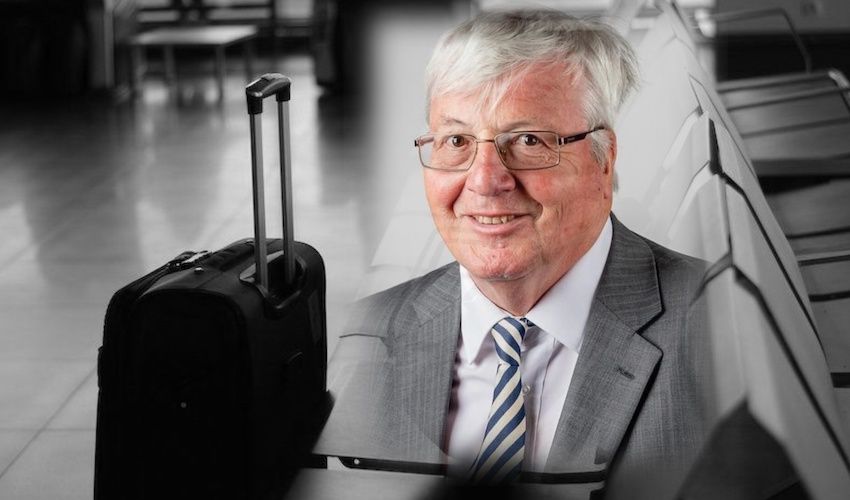 The Environment Minister has broken ranks, calling for the Government to halt plans to reopen borders on Friday until they have a testing programme in place, as well as a track and trace programme.

Deputy John Young was one of the first States Members to speak as the Assembly this morning started debating the Government’s ‘Safer Travel Period’ proposals, which would see borders gradually open to commercial travel from this Friday (3 July).

The plans would also see all passengers tested on arrival. If they test positive for the virus, they will be asked to enter self-isolation for 14 days.

However, a group of backbenchers is pushing to move the start date back by a week.

Opening his speech, Deputy Young confessed he was in the group of ‘high risk’ people for whom he said “statistics do not look good” if they catch the virus. 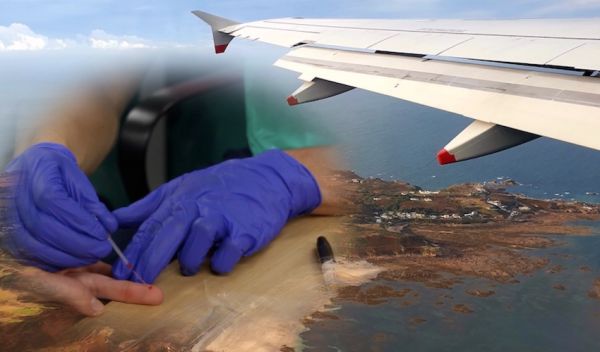 Pictured: The plans will see all arrivals tested for the virus on arrival.

Referring to other jurisdictions who have opened their borders, he said they had a testing programme in place as well as an ‘track and trace’ app.

“We are going ahead on this without an app, we are going forward without a monitoring process,” he said.

Deputy Young then called for the borders opening to be delayed until they have both.

He also noted how a test done on the day a visitor arrives to the island might not be the most reliable in identifying people who are carrying the infection.

While he said it was unlikely people with symptoms would travel, he said people might be carrying the infection without knowing or could acquire it in transit – something a ‘day one’ test might not pick up.

The comments came despite an appeal from the island’s key business lobby group yesterday evening.

In a rare address to all States Members, the Chamber of Commerce warned that delaying reopening by even one week – as per the request of the Scrutiny Liaison Committee – would cost the economy as much as five million.

Pushing politicians to vote in favour of opening up as soon as possible, their email noted that the entire hospitality industry had worked hard to uphold high public health standards.

The letter read: “We have recognised fully that the health and welfare of Jersey is paramount to any business-related discussions. Despite the hardships endured by a large majority of businesses throughout the lockdown period, heeding the recommended public health precautions has enabled the island to emerge in a strong position. That said the damage to businesses from these sacrifices has been very significant, and it will be some time before we can gauge the full impact of the losses rippling through the economy.

“Businesses have demonstrated that they can handle the highest standards of safety in the public interest. Testing has proven, post-lockdown, that Jersey can preserve the safety of the island by a collective effort: the tiny number of positive tests demonstrates this.”

Documenting the importance of re-stimulating the visitor economy, they added: “The sector is worth circa £268m per year, with spending of £73m in food and drink, £27m in retail, £9m at attractions and contributing £15m in GST income; it also supports many businesses outside the hospitality sector.

“Travel connectivity is something most islanders depend on, subsidised in effect by the visitor economy without which many services will not in future exist at all. To put it another way, and in the words of the CEO of Visit Jersey, 'every minute we do not have a summer season costs £500 per minute to our economy'. That is five million pounds for a one-week delay.” 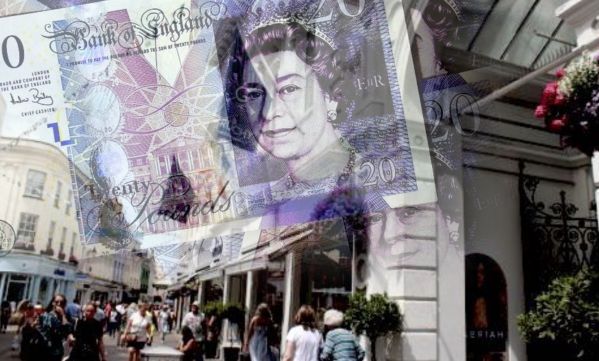 Pictured: Chamber said that even a one-week delay could cost the economy £5million.

Even if politicians do decide to open up this weekend, Condor won’t be able to benefit due to industrial action in France.

Stevedores employed by St Malo Manutention (SMM) – the company that provides freight and foot passenger services that went into liquidation last week – are planning to prevent any ships from arriving or departing this weekend.

Condor has now taken the decision to delay the resumption of passenger sailings scheduled to begin on Friday 3 July.

“We are bitterly disappointed that we cannot restart to St Malo after three long months with no passenger sailings. The threats of industrial action mean it is simply not possible to operate until this situation is resolved so disruption to passengers and freight customers is inevitable,” Elwyn Dop, Condor’s Executive Director of Operations, commented.

“The irony is not lost on us that the Government of Jersey is currently debating whether the borders re-open which might allow us to resume sailings.

“Our hopes therefore of supporting the inbound tourism economies for the remainder of the season and providing travel options for Islanders are now sadly having to be temporarily put back due to circumstances out of our control.”

Additional sailings have been added on Friday 10 July to assist those affected by the disruption, and Condor says it is working with French authorities to find a long-term solution.

Posted by Kevin Rogers on Jul 1st, 2020
People who deem themselves at risk should self-isolate and be careful. Sadly, the rest of the economy can not afford to keep everyone wrapped in cotton wool. The economy is tanking because of this zero-risk attitude that the Deputy strives for. The Deputy should rightly minimise his risk to Covid exposure, but the rest of us in this economy have to get going and get Jersey going.
Posted by John Henwood on Jul 1st, 2020
Like Deputy Young, I am in the 'high risk' group, and I totally disagree with his position. Perhaps the Deputy does not feel competent at risk management, but I am content to make a personal assessment of risk to me and others and act accordingly. Fundamentally, left of centre politicians favour the 'nanny' approach, believing we are not capable of making decisions for ourselves. I believe people are capable of deciding for themselves and should be allowed to do so.
To place a comment please login Login »