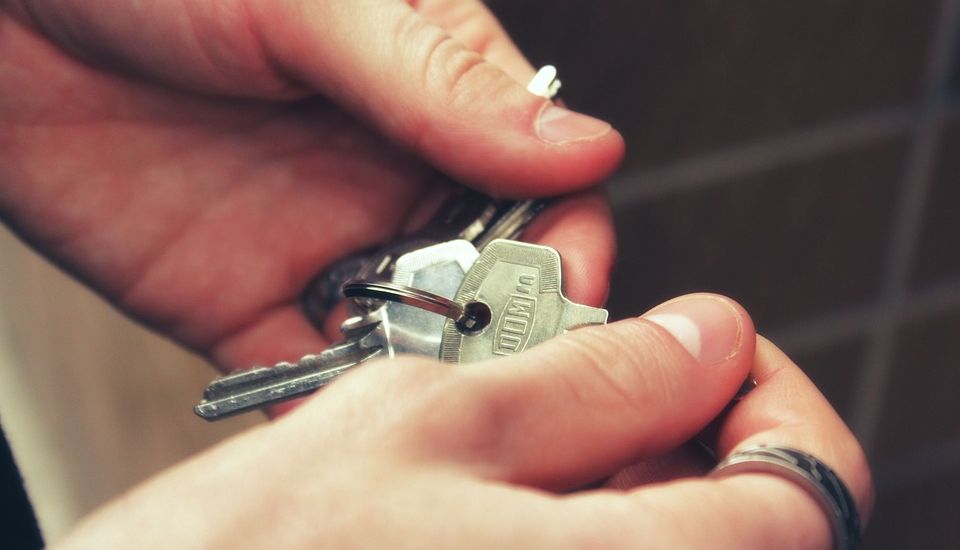 The Housing Minister has come under fire after proposing a slate of landlords and finance professionals to make up a new tribunal tasked with hearing tenants’ appeals against rent rises.

The law allowing for a panel to be appointed to review whether rent increases are fair dates back to 1946 - however, no such panel has been appointed since 2009.

After the previous Housing Minister made a commitment to reintroduce one in his Fair Rents Plan in May, a recruitment process for the panel was launched.

Yesterday, the current Minister, Deputy David Warr, put forward four candidates - among them, the Chair of the more than 200-strong Jersey Landlords Association, Guy Morris - to hold office until April 2023.

The appointments are not final, however, and will have to be approved by States Members in October.

Described as "competitive", the tribunal recruitment process was overseen by the Jersey Appointments Commission. The JAC is an independent group tasked with supervising major public sector appointments, and is chaired by Dame Janet Paraskeva.

A "clear conflict of interest"?

Reform Jersey Leader Deputy Sam Mézec - himself a former Housing Minister - blasted the proposed membership as a "serious error of judgement" and called on Deputy Warr to reconsider the "inadequate" line-up as he claimed it created a perception tenants may not be treated fairly.

"The Minister has failed to propose a membership which represents a balance of the perspectives in our society," Deputy Mézec said.

"He has instead chosen to stack it full of landlords, including the chairman of an organisation which opposed the creation of a Tribunal which could allow claims to be made against their members." 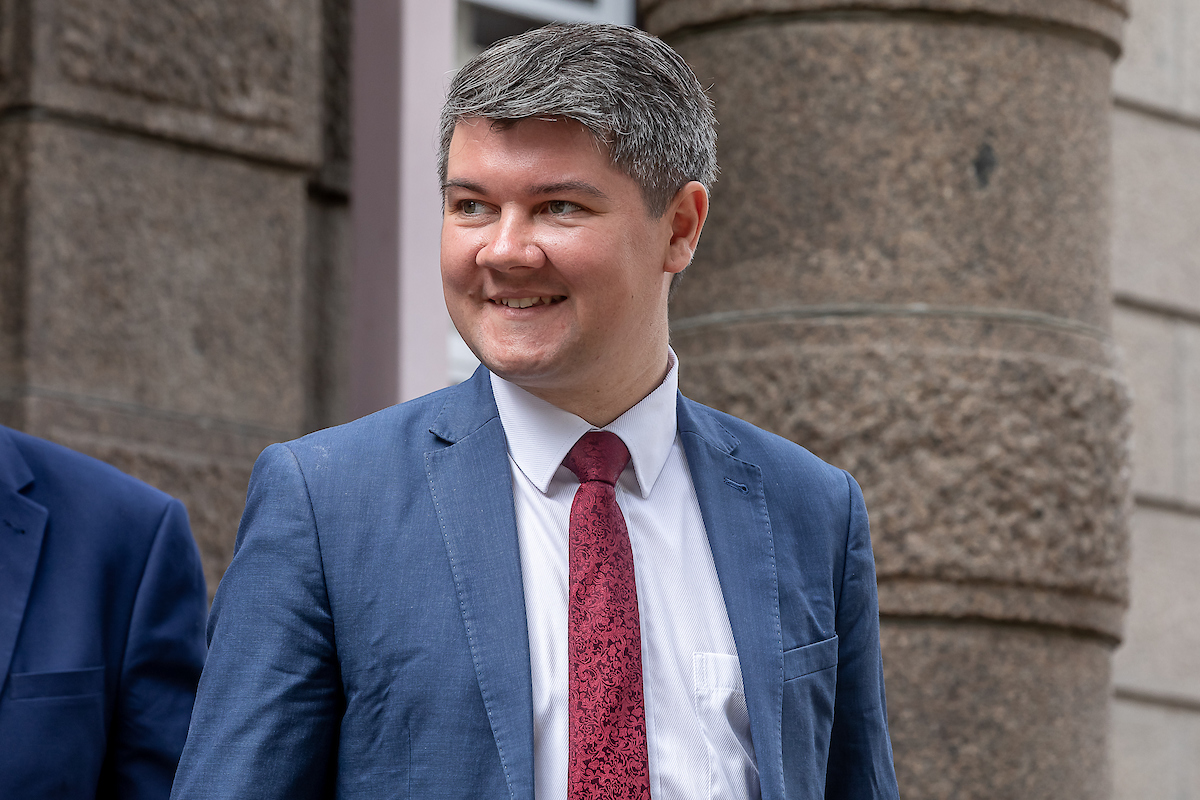 He continued: "This is a clear conflict of interest which will certainly leave tenants across the island with little faith that this Tribunal will provide them with any justice. I do not say this as a criticism of the individuals, but it is inevitable that this perception will be what defines these appointments."

"Many tenants in Jersey are currently facing extortionate rent increases and have little to no protections in law. The government must introduce compulsory rent stabilisation measures into tenancy contracts and establish a fit for purpose Rent Tribunal to allow tenants to challenge exploitative practices."

One islander asked the Minister on Twitter: "...if you were an average renter, how might you feel and how much faith you might have in such a tribunal?"

"I would like to give these individuals a chance"

Last night, Deputy Warr fired back in a series of tweets emphasising that the panel had been selected by the Jersey Appointments Commission, and should, in his view, be given a chance. 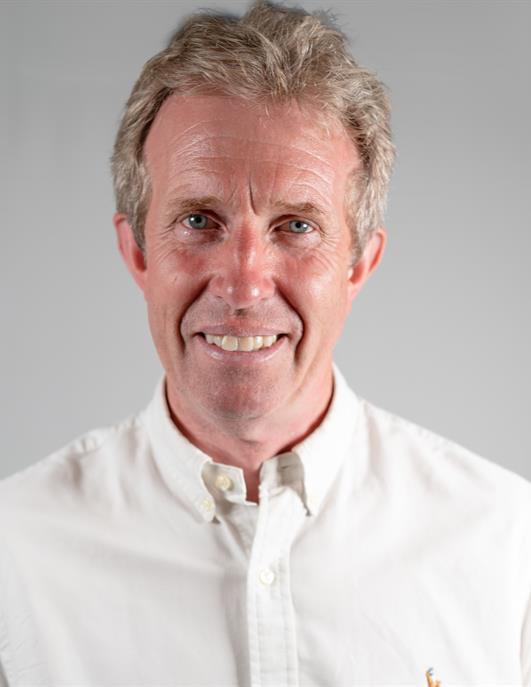 "Wow! I'd like to get some perspective put into this debate please. First and foremost I've reinstated a rent tribunal panel for the first time in 10 years because there is a recognition that the private rental market is dysfunctional.

"The selection process is carried out by the Appointments Commission, an independent body to whom any member of the public can apply. They felt that the 4 individuals they recommended were the best individuals for the job.

"They and I quote 'accepted there will be some negativity around the tribunal members' however they also recognise that 'they wanted to make a positive difference to Islanders lives'.

"'All of the panel members have been tenants, as well as homeowners and/or landlords at some point throughout their lives.'

"'Candidates showed an empathy and understanding of the pressures on tenants with regard to rent, including those struggling with rent increases.'

"'Given the attitudes of those on social media it is even more commendable that these candidates should have put their hat in the ring'."

He then added: "On a personal note I would like to give these individuals a chance. Their actions will be heavily scrutinised and I trust as a result we will end up with a far better legal framework."

On a personal note I would like to give these individuals a chance. Their actions will be heavily scrutinised and I trust as a result we will end up with a far better legal framework.

To help set up the Rent Control Tribunal and ensure its smooth running, the Government was recently recruiting for a 'Specialist Officer' with an advertised salary of around £44,000.

While setting up the Rent Control Tribunal was not one of the pillars of the new Government's '100 day plan', other actions were proposed to tackle the housing crisis, including introducing "limits on the number of houses that can be built over 3000sq ft for a period of time" and bringing "forward propositions to create prefabricated homes".

Alongside creating a cost of living crisis 'mini budget', another key part of the 100-day plan, Ministers said they would be "encouraging private sector landlords and estate agents to avoid inflationary rental increase if possible."

Last night, the Jersey Landlords Association, which is led by potential Rent Control Tribunal appointee Mr Morris, said in a statement that many members were already "exercising restraint by not increasing rents this year or increasing rents by less than inflation".

However, the JLA noted that "...the costs of property maintenance, repair and renovation have spiralled over recent years and mortgage interest payments are steadily increasing for landlords and home-owners alike" and that many of their members "use their rented property as a pension".

"We would urge JLA members and all other private landlords to continue to exercise restraint when reviewing rents, if they are able (taking all tenant and landlord circumstances into account), during this hopefully temporary time of high inflation," they said.

"An independent strategic advisor, independent director, and property professional with over 30 years' experience. Previously as a partner in a City of London firm of Chartered Surveyors and latterly, as managing director of global financial services businesses specialising in real estate and private equity funds. Professionally qualified as a Chartered Surveyor (MRICS), Member of the Chartered Institute of Arbitrators (MCIArb) and holding a real estate Degree in Valuation and Estate Development (BSc, Distinction). Also, a Chartered Director (CDir) and Fellow of the Institute of Directors (FIOD), holding a Diploma in Company Direction (DipIOD). Independent Chair of the Jersey Homelessness Strategic board and member of the Jersey Strategic Housing Partnership Board."

"The Finance Director of Seymour's Ltd where part of the role involves dealing with a wide range of general property matters as well as landlord and tenant issues. A Fellow of the Institute of Chartered Accountants in England and Wales. Is a Non-Executive Director of Visit Jersey and the Chair of its Audit Committee. Also serves on the Board of the Jersey Hospitality Association."

"Qualified as an English Solicitor in 2004 and admitted as a Jersey Advocate in 2017, but no longer practising. Worked for 16 years as a corporate, fund and banking lawyer (with expertise in real estate structures) in the Jersey office of a leading international law firm. A professional landlord since 2016 and recently elected the Chairman of the Jersey Landlords' Association after having served as an ordinary committee member since 2019."

"A recently retired senior private banker who worked for the leading global brand, UBS AG for 34 years, advising high net worth individuals and families on the full range of asset classes including real estate. A Chartered Associate of the London Institute of Banking and Finance and a member of the Chartered Institute of Securities and Investments. Has over 30 years' experience of managing private rental properties in Jersey."

Descriptions have been taken from the Housing Minister's report on the proposed appointments, which you can read in full here.

Posted by Dave Mathews on Aug 18th, 2022
No offence to any of the individuals proposed but I am certain Tenants may be put off from complaining to such a made up panel. Has the Housing Minister really thought this through properly? The Island voted for change and for things to be done away from any potential conflicts or vested interest. This is not the message coming from this new Government. More of back to business as usual.
Posted by anthony turmel on Aug 18th, 2022
here we go again...same old..same old.
Posted by IanSmith97 on Aug 18th, 2022
Warr is seriously out of his depth, no political nous at all.
Posted by Bob Wareing-Jones on Aug 18th, 2022
I am in no doubt the Housing Minister knows what is a fair price for a cup of coffee but! What does he think is a fair rent, and what method would he use to set it, if it was his job to do so? If his coffee prices were challenged by his customers at a ‘Fair Coffee Price Tribunal’ who would he most prefer to sit on such a tribunal. Owners of coffee shops perhaps?
Posted by Keith Marsh on Aug 19th, 2022
Vested Interest is always going to raise its ugly head in this context.
Ideally the panel should have a selection of Landlords, Finance, Investment, but I thought there should be some members of the general public to help the balance. Possibly someone who actually rents their home.
Whilst those members mentioned are great, in my view the scale is Landlord heavy.
Still more work to do Deputy David Warr.
Posted by Gordon Lawrence on Aug 19th, 2022
Not a very clever composition in spite of the experience of individuals, Common sense would have suggested a wider spread of involvement.
To place a comment please login Login »