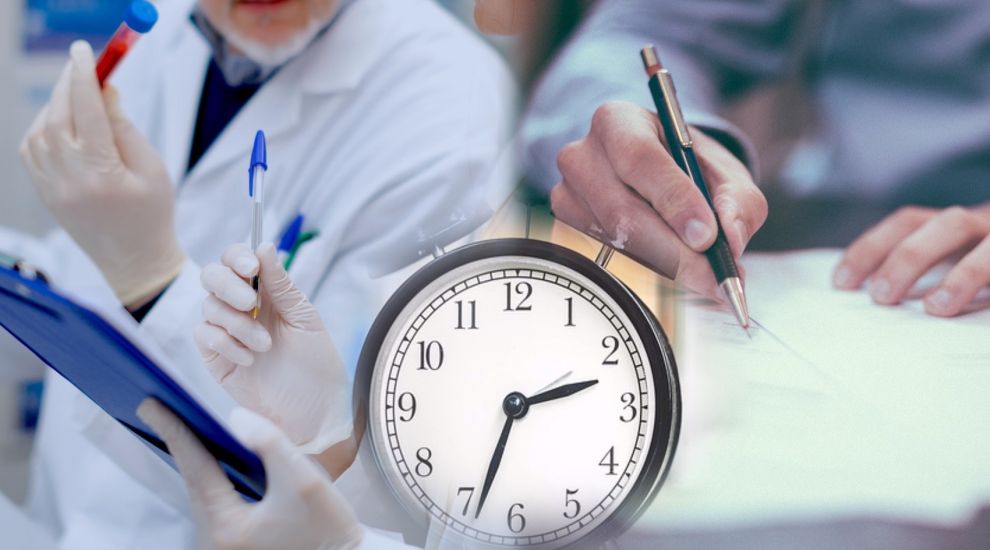 The Ministers for Economic Development and External Relations wrote to the Government’s scientific advisers earlier this year in a bid to accelerate the island’s reconnection plan following “pressure” from some large local firms, it has been revealed.

The Scientific and Technical Advisory Cell (STAC) agreed to some changes but ultimately refused to bring forward some of the relaxations planned for 10 May at Stage 6 by a month as requested.

Newly published STAC minutes have shown that, on 21 March, Senators Lyndon Farnham and Ian Gorst, the Ministers for Economic Development and External Relations respectively, wrote to the Cell asking they consider the “social and economic benefit” of bringing forward some of the remaining stages of the reconnection in light of the low numbers of cases and the “excellent progress” of the vaccination programme. 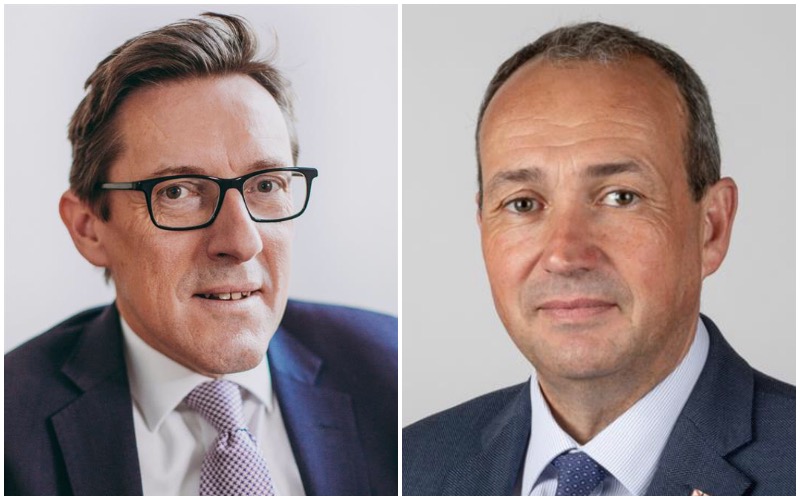 Pictured: Senators Ian Gorst and Lyndon Farnham, the Ministers for External Relations and Economic Development, Tourism, Sport and Culture wrote to the Cell.

Richard Corrigan, the Acting Director General for Economy, told the Cell that Ministers wished for Stages 5 and 6 to be combined and brought forward to 5 April, rather than 12 April as they were coming under “pressure” from some of the larger firms, who felt the balance of harms was “out of kilter” because their staff could not be in the workplace, but were able to mix in restaurants.

The Health Minister, Deputy Richard Renouf, asked the Cell to consider the request, as well as the potential relaxing of other restrictions affecting the social, cultural and educational sectors. He also questioned what would be the likelihood of increased infection rates amongst younger – unvaccinated - people if the reconnection roadmap was amended. The Cell heard that 'Long Covid' appeared to "disproportionately affect" this age group.

Dr Graham Root, Independent Advisor - Epidemiology and Public Health, suggested there would be benefit in “streamlining” some of the current rules affecting the hospitality sector that would not significantly increase the risk of transmission of the virus, adding that household mixing, which posed the greatest threat. was already permitted.

Dr Root however said the Cell shouldn’t provide advice on economic harms as its primary role was to consider the risk posed by covid-19 to the health of the island, either directly or indirectly, and suggesting Ministers should assess economic harms. 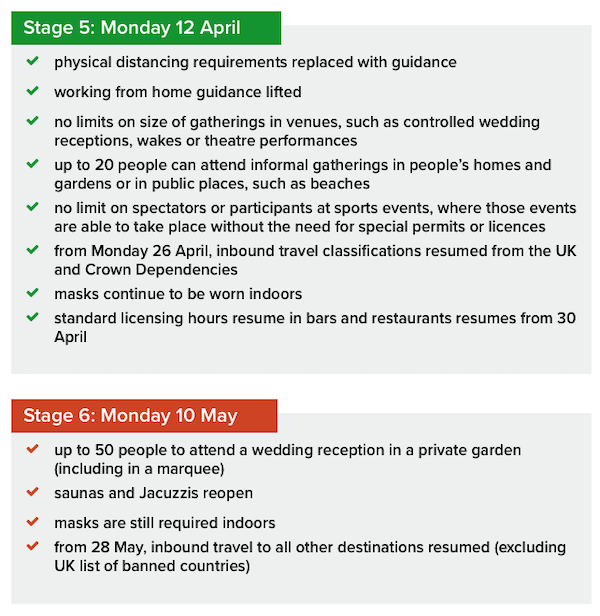 Pictured: The Ministers wanted Stages 5 and 6 to be combined and brought forward to 5 April.

On 22 March, the Chair said they would need more detail of the harms caused to the hospitality and business sectors, such as the levels of economic support that had been provided, and would consider what measures could potentially be relaxed.

A week later, the Cell said relaxation of measures should be kept a month apart to assess their impact. They suggested the dates for the reconnection of travel with the UK on 26 April and 17 May to other jurisdictions should be aligned with the Stages to keep a “clear gap” between steps but Ministers said they were “content” with those dates.

The Cell refused to increase the size of indoor household gatherings until Stage 6 and also wished to maintain the requirement to wear masks in indoor public spaces as they served as “a visual reminder” of the ongoing risk posed by the virus.

They recommended that from Good Friday alcoholic drinks could be consumed, without a substantial meal, with no dwell limit or requirement for masks to be worn at the tables, but with only table service; whilst standard licensing hours could resume.

The 10-person limit per table would however be retained, with two metres’ distance or a screen between tables, and contact details taken.

From 12 April, the Cell said it would no longer be necessary to adhere to two metres’ physical distancing in public places, the guidance to work from home would be removed and singing and the playing of brass and woodwind instruments would be permitted indoors, with guidance.

Gatherings inside households would remain limited to 10 and increased to 20 in gardens.

With effect from 10 May, household gatherings indoors could increase to 20 people and saunas and jacuzzis could re-open.

The Cell noted that if Competent Authority Ministers wished to accelerate through the stages of the roadmap, they would need to be prepared to also take “rapid and decisive action” if Variants of Concerns (VOCs) if more cases of severe disease were identified in the island.

Posted by Keith Marsh on Jun 22nd, 2021
There are not enough words to show my contempt for this Government.
Makes one wonder how much some States members personally benefit from this underhand dealing.
Posted by AnthonyPitcher44 on Jun 22nd, 2021
Its time to take decisions out of the hands of scientists who are seeing things through a very one dimensional lens.
Posted by Jon Jon on Jun 22nd, 2021
Two politicians with their heads in the block for next years election!
To place a comment please login Login »