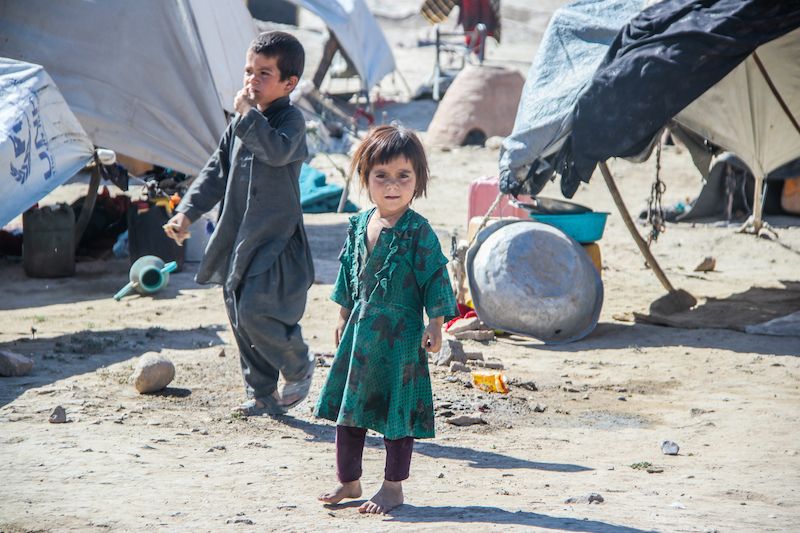 Ministers are meeting again this week to discuss how the island can support Afghan refugees.

Thousands of Afghans have been trying to flee the country since the Taliban took control of the country after the withdrawal of large numbers of Western troops, two decades after a US-led invasion removed the extremist group from power after its reign of terror in the late nineties.

Jersey's Ministers have already met to consider what the island could do to support those affected by the current situation but no decision has been reached yet, with further discussions expected this week.

“Jersey has always supported refugees in various ways, recognising the challenges and limitations of our highly constrained island setting," a Government spokesperson said.

“Within this context, Ministers have asked officials to explore concrete ways to help and will meet again this week to consider the options."

Meanwhile, Jersey Overseas Aid is gathering data from its partners in Afghanistan and "considering the best options for providing humanitarian support".

In Guernsey, officials are also considering "what role, no matter how small" the island can play in resettling vulnerable refugees in light of the humanitarian crisis.

The island is "engaging with the UK", which plans to resettle 20,000 Afghans in the next five years, the majority of whom will be women and children.

The UK Government - which has been criticised widely for its "shameful" response to the Taliban threat - has announced that 5,000 Afghan nationals will be resettled in the UK in the next 12 months, as part of plans “modelled on the successful Syrian vulnerable persons resettlement scheme” which resettled 20,000 Syrian refugees between 2014 to 2021.

The island had been in discussions with UK Home Office officials over whether it would be possible to resettle a number of families in Jersey, but it emerged that this would not be legally possible unless Jersey opened itself up to refugees from other nations.

"If we were to make special provision for Syrian refugees, we would leave ourselves vulnerable to a legal challenge on the grounds of discrimination. And this would mean that any refugee – whether or not they were Syrian – who was living legally in the UK and who entered Jersey could potentially, from their point of arrival, be entitled to the same special provisions," Senator Gorst explained at the time.

"We cannot expose Jersey to that risk. Our island simply would not have the capacity to manage the impact on housing stock, on public services, or on the work market.

"Of course, that does not mean that Syrians or other groups of refugees are not welcome in Jersey. They are. But they would need to come here on the same basis as others resident in the UK or Europe."

Two weeks ago, Chair of the External Affairs Scrutiny Panel Deputy David Johnson wrote to Senator Gorst to ask him to explain "as a matter of urgency" what the latest discussions relating to Afghan refugees had entailed and how many refugees Jersey was considering accommodating.

"We recall your comments in 2015 when it was proposed that Jersey would welcome a small number of Syrian refugees; however, as this would lead to Jersey having to legally treat refugees from all other nations on the same grounds or risk breaching human-rights laws, the proposal was dismissed. Could you inform us if this is still the status in relation to the refugee crisis in Afghanistan?" Deputy Johnson wrote.

Senator Gorst is yet to respond to the letter.

“My thinking for Guernsey is that we offer to take our share of the number of refugees that the UK takes," he said.

"The UK Government has pledged to take 20,000 refugees and, because of our population, everything tends to be 1,000th of what the UK does. So that’s 20 refugees.”

Deputy Jonathan Le Tocq declared that #AfghanLivesMatter on Twitter, alongside statements indicating a willing attitude in the conversation around resettling refugees.

As Guernsey's Chief Minister in 2016, Deputy Le Tocq made the national papers for saying the island's authorities would not be able to guarantee the safety of Syrian refugees due to "Islamophobia" in the community.

"Putting aside the debate on the foreign policy decisions behind this going on in the West, it is heart-breaking to think about the future for those people of Afghanistan who wished to embrace the freedoms and rights that we value and promote in the Commonwealth," said the External Affairs Lead.

"We should look to follow the coordinated efforts in the international community to prevent a humanitarian crisis engulfing Afghanistan to see what role, no matter how small, we as a community can play in that."

Posted by gordon le claire on Sep 1st, 2021
I know it sounds mean but jersey does not have even enough houses/flats for our own residents so how would we house other from a far off land who could be housed by bigger countries closer to where they are not only would they have to jump the que under un low we would have to give them jobs benefits cars plus we would have to let family member also come and give them the same right to unite the family . sorry jersey is in enough mess already
Posted by Martin on Sep 1st, 2021
I totally agree with Mr Le Claire ( I DO understand the terrible plight of the refugees) & as we are about to take a three quarters of a billion £ loan then this is not the time for generosity as charity begins at home - & the Jersey home is seemingly skint! I think we have had a plethora of Thunderstorms regarding the rainy day fund?

As we are also in the midst of a housing boom where many locals cannot afford a starter home at £700 ish K then we have NO room to house anyone else as our 45 square miles is very very finite!

Population has not been controlled by a raft of previous Governments so we are already at bursting point due to the decades of Gov lethargy & inaction!

The current population has an impending FORTY year loan to pay back so I will not see the final payment - BUT this is certainly NOT a time to add to the long term financial strain & to actually take refugees would be a commitment well beyond 4 decades!

SAD & stark times but that is what we must face.
Posted by Scott Mills on Sep 1st, 2021
We'll soon need this status to find place elsewhere to live once the average price of a house reaches a million!!!! beaches are nice
Posted by Diana Groom on Sep 1st, 2021
I absolutely agree with both Mr Le Claire and Martin's comments above. We really must make sure we properly take care of our own before throwing money at settling refugees from any country just so that Jersey can "look good" on the world stage :-(
Posted by Jon Jon on Sep 1st, 2021
We can't house our own now, schools crammed full, lets not mention hospital ...but no sorry we can't take in refugees ...this island is going down a black hole of its own now, just pleased my kids left!
To place a comment please login Login »