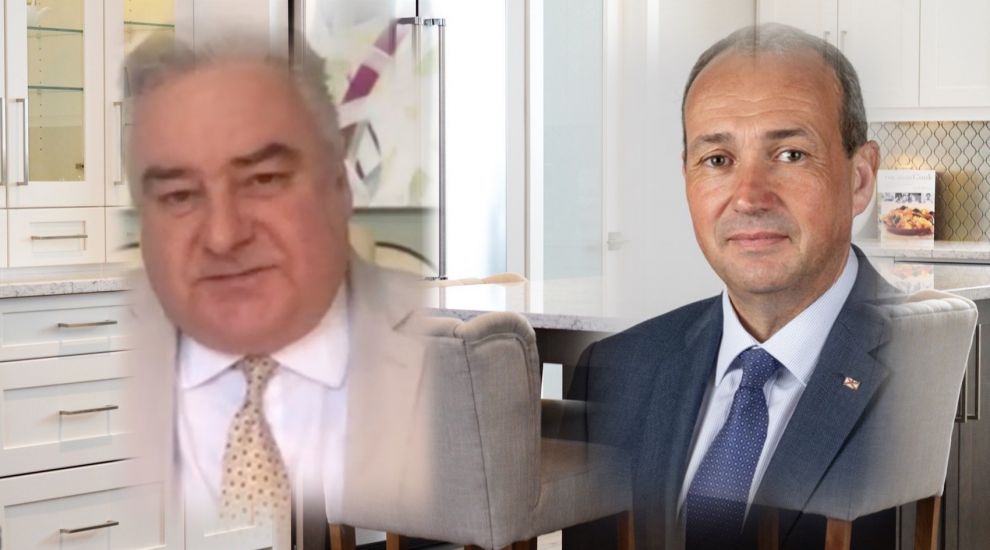 The newly-elected Minister for Housing and Communities has claimed he was only speaking “figuratively” when he said he had chatted about his new role in the Economic Development Minister’s kitchen, after islanders raised concerns that the pair had breached covid guidance.

Having accepted the position during this morning's States Assembly meeting, Deputy Russell Labey said in a speech to his colleagues that, two hours after receiving a surprise call from the Chief Minister, he was in Senator Lyndon Farnham’s kitchen.

“I am surprised to be in this position this morning,” Deputy Labey told his political colleagues. “It’s not something I sought - I was very happy doing with what I was doing and the call came as a surprise at 15:00 on Saturday afternoon from the Chief Minister. I said, ‘Thank you’ and, 'I will think about it.'”

Explaining that “by 17:00, I was sitting in Senator Farnham’s kitchen", he recalled the pair's conversation: "‘What’s this all about Russell?’, ‘The Chief Minister just offered me housing’, ‘Brilliant’, he said, ‘There’s a real opportunity here, it’s going to take some work, it’s going to take some doing, I’ll help you but there’s a realistic chance that we can offer our young people the opportunity to buy their home.'"

Deputy Labey said he then returned home at 18:00 to a series of emails about housing policy.

While he then went on to talk about his aspirations for the role and how it will be a “steep learning curve”, islanders were quick to take to social media to ask why the Ministers had met inside when the Government's public health guidance has stated that islanders from different households should not meet indoors.

So Dep. Labey got the call at 3pm Saturday, while at home with friends visiting, by 5pm he was sat in Sen. Farnham's kitchen discussing the appointment... ...isn't mixing households against the advice of the Government he's joining?

Deputy Labey, however, reassured everyone replying he was speaking “figuratively”.

“I have never in my life ever been in the Senator’s kitchen,” he tweeted in response. “I do regularly pass his house on my walks and if he’s in we sit in a lovely spot on the roadside wall.”

Earlier in his speech, Deputy Labey had also mentioned a couple of friends from Scotland who were in the island after they were “marooned” as a result of what he described as “Nicola Sturgeon’s blockade."

I have never in my life ever been in the Senator's kitchen, I was speaking figuratively. I do regularly pass his house on my walks and if he's in we sit in a lovely spot on the roadside wall.

Questioned by a Twitter user about his friends, the new Housing Minister said they were in his “bubble”. After another user pointed out that there are no 'bubbles' under the island's current covid rules, he replied: "household."

The Government declined to comment on the matter when contacted by Express.