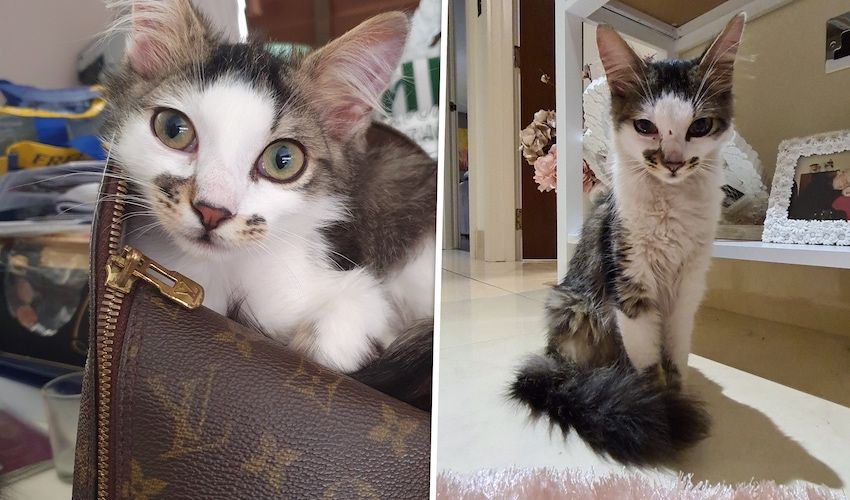 A tiny rescue kitten, who sparked fears for his safety when he fled his home in a fit of panic during a thunderstorm last month, has finally been reunited with his family after a community search effort.

Eight-month-old Spoon escaped from his home on 25 June after escaping from a first-floor window when he got 'spooked' by the thunder.

Given his young age and the fact he is used to living indoors, Spoon’s “parents”, Liberty and Chris Shanahan, were worried about him. 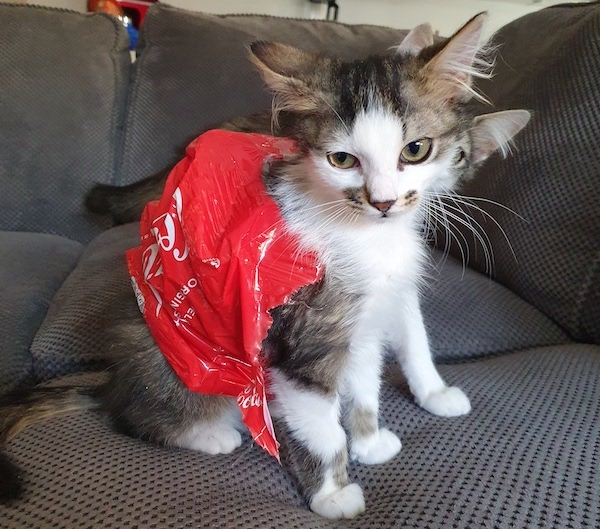 “We have netting up on the window because it’s a first floor flat, but we think he got really scared in the thunder and he just escaped out of the flat,” Liberty explained.

As soon as they realised Spoon was missing, the couple went looking for him in the proximity of Wesley Street where they live but couldn’t find any sign of him.

They then shared a post on the Jersey Cat Search Group, where islanders regularly offer each other assistance and advice in finding missing cats. Some suggested putting out Spoon’s litter tray out to see if he would come back to it but unfortunately it didn’t work.

Video: Spoon, who has a cheeky personality, likes to hide.

Liberty then started printing flyers, posting them in letter boxes and around building sites near her home.

One of the members from the Cat Search Group then offered the use of her humane trap, which proved efficient... to an extent.

It caught two cats - neither of whom were Spoon - which Liberty then released. However, the trap did eventually help the Shanahan family be reunited with their pet.

The process took two weeks in total, with the trap having to be moved several times following different calls from people who reported seeing Spoon. 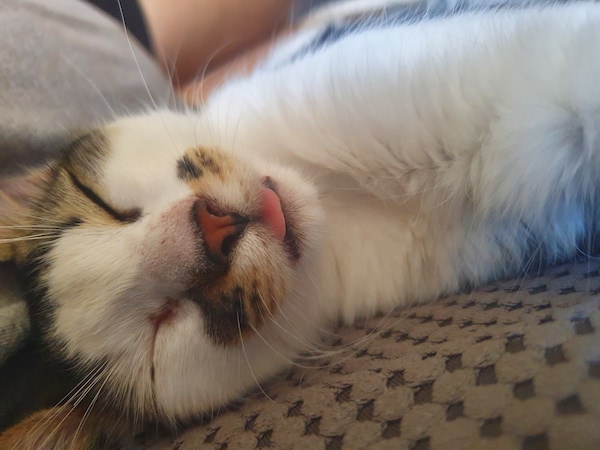 Pictured: Spoon pictured having a snooze at home.

“We were really worried about him,” Liberty, who is eight months pregnant, said, adding that the experience was really stressful. 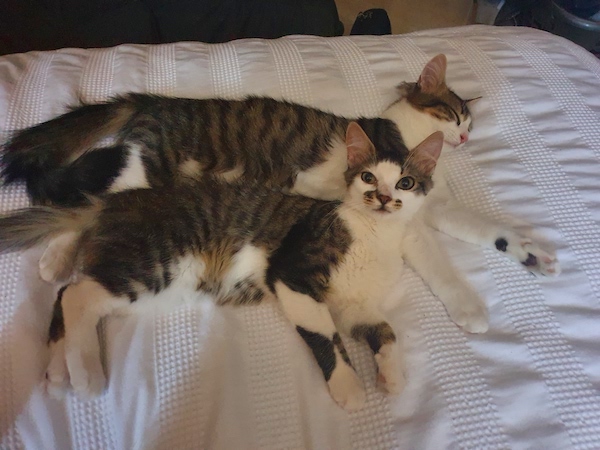 Pictured: Spoon and his brother, Jerry.

Liberty and Chris returned to the area and set up a trap to catch him.

“He is very, very little and he was really scared,” Liberty said. “We knew the only way to get him was to set up a trap, we knew he would not come to us.”

As the couple was setting up the trap, Spoon appeared and looked Liberty straight in the eyes before bolting away again. The couple ran after him, but he eluded them and disappeared under a locked gate. 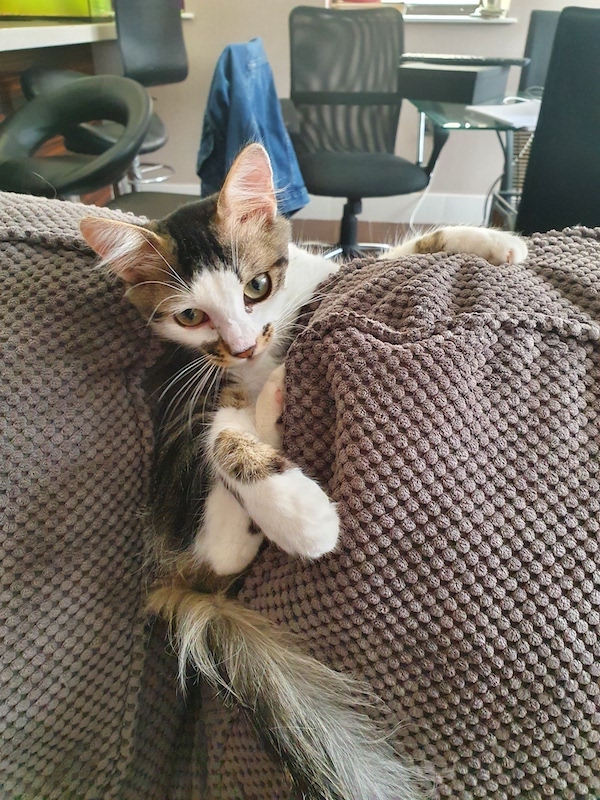 Pictured: Spoon eluded his parents' attempts to catch him.

After a first attempt with the trap, the couple moved it before leaving the area. Just half an hour later, the woman who had first called Liberty called her again to let her know Spoon had been caught.

While he was terrified when he first got home, Spoon soon readjusted when he was reunited with his brother, Jerry.

“They started licking each other, it was the cutest thing,” Liberty said. 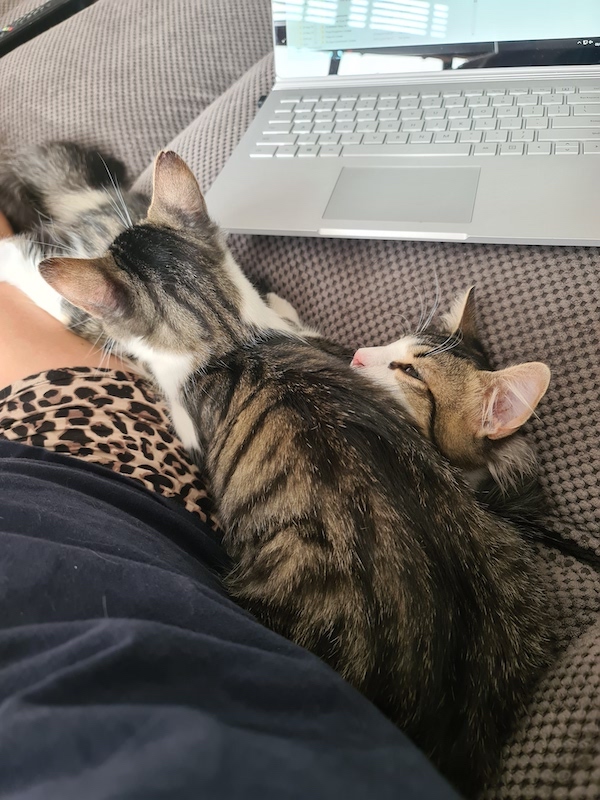 Pictured: Spoon soon readjusted to home after he was reunited with his brother, Jerry.

“Spoon is the really cuddly one. Jerry didn’t know what to do with himself he was so bored.

“It’s been nice to have Spoon back. He’s a little bit underweight but he’s been to the vet and he has absolutely nothing else, no injuries, no fleas.

“He just needs a couple of good dinners!”

Since returning home, the young kitten, who has a cheeky personality, hasn’t left Liberty’s side and is enjoying lots of cuddles.

The young woman has thanked all the people who offered help and shared her posts about Spoon.

“It’s amazing that people have been looking out for him,” she said.

“He and his brother were rescue kittens from France, obviously they didn’t have a good start to live,” she added. 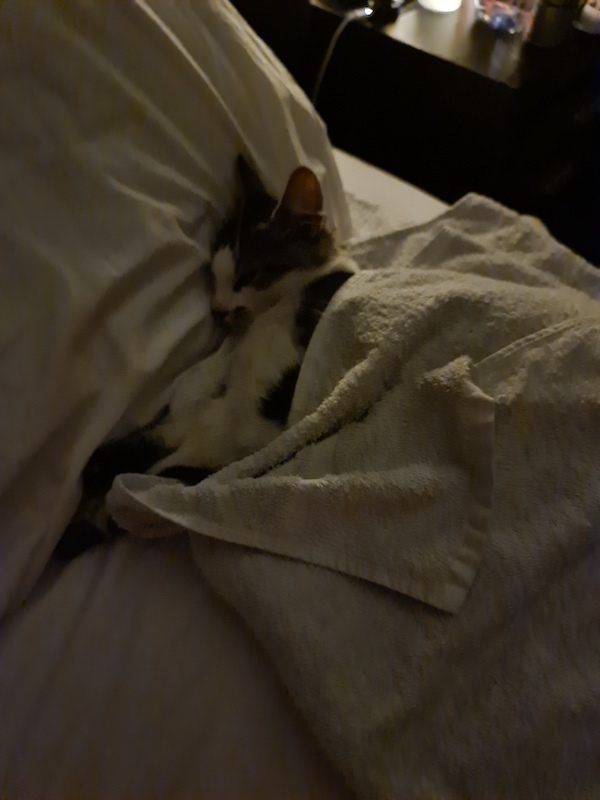 Pictured: “He is safe now, he just needs a good wash!” Liberty said.

“All we wanted was to give them a really nice loving home. I could not stop thinking how unlucky he was that he got dumped in France. Every day he was out there was one more day I thought he could get run over. I rang the animal shelter every other day.

“He is safe now, he just needs a good wash!” 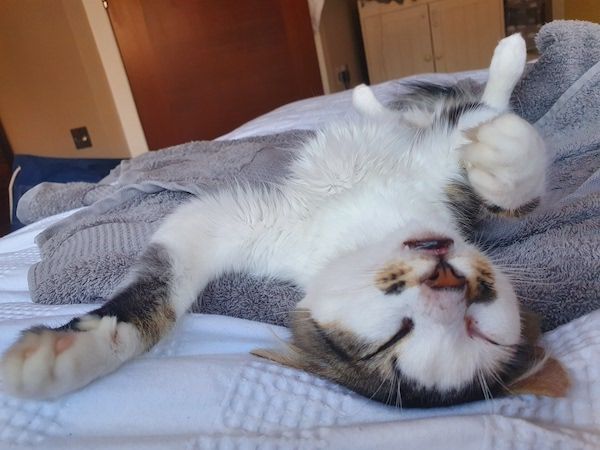 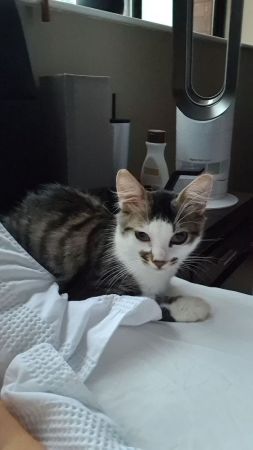 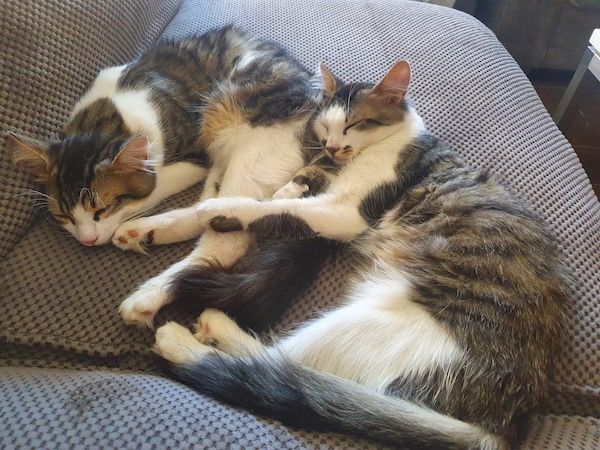 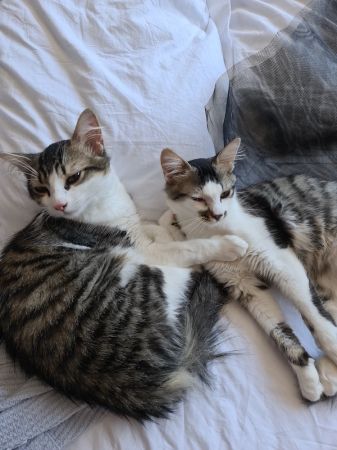 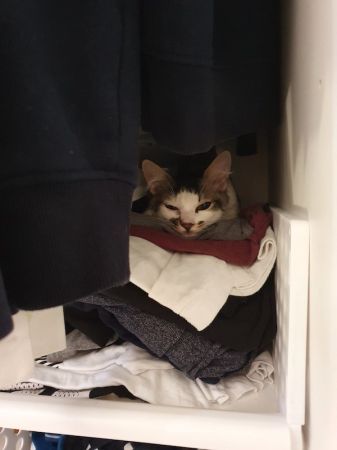