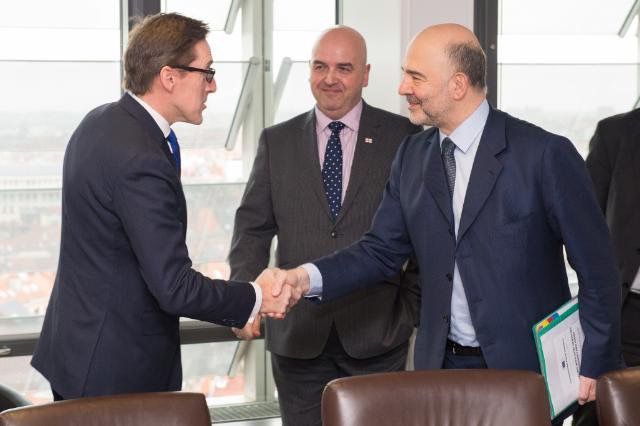 Jersey has made significant progress in tackling financial crime with updated legislation and proactive international co-operation, according to a major review of financial services regulation.

The Moneyval review, published this morning, gives a positive review of changes made in the Island’s regulation over the last few years, and praises the systems in place to stop money laundering and terrorism financing as “mature and sophisticated”.

The report follows a week-long inspection that took place in January 2015, and comes at a time when the offshore financial services world is under the microscope, following the release of the “Panama Papers” that exposed Panamanian firm Mossack Fonseca’s activities for clients, and the international London anti-corruption conference earlier this month.

The one area of criticism in the opening part of the report was that confiscations from money laundering and fraud offences were too low.

Chief Minister Ian Gorst is due to speak at a press conference about the report later today.

The press statement from Moneyval – a body of the Council of Europe responsible for assessing money-laundering regulation – said: “Jersey has a mature and sophisticated regime for tackling money laundering and the financing of terrorism, as well as an internationally-recognised mechanism to ensure transparency of beneficial ownership information.

“However, the number of money laundering convictions and confiscations is relatively low given the size and characteristics of the island’s financial sector.”

The key findings of the report stated:

-       Jersey had updated legislation in line with international standards, and “significant progress” has been made.

-       More investigations and prosecutions for money laundering are needed.

-       Most of the recommendations from the previous report in 2003/4 have been addressed.

-       Legal and operational changes have improved the effectiveness of financial crime investigations.

-       Regulated companies have a “good understanding” of their obligations, and are adequately regulated and supervised.

£460k of public money for 'mock' assessment of finance industry

INSIGHT: The £14m banknote mystery (and what else we don't know)