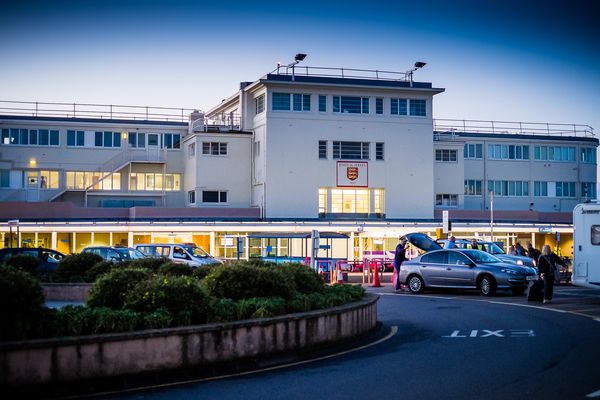 Islanders could face more flight misery if the old 1937 building at the Airport isn't knocked down, Economic Development Minister Alan Maclean has warned.

The building was listed by Environment Minister Rob Duhamel on Friday, but the air travel regulator wants the building removed because it is too close to the runway, and represents a potential hazard. If a demolition application – listed before the end of February – is not successful, then restrictions might be imposed on flights to Jersey.

That means on foggy days the decision-height –  at which a descending pilot must decide whether to land or abort and try again – will go up from 200 feet to 500 feet. In practice, Senator Maclean says that will mean around 200 hours of “lost flying” in delays and cancellations.

The demolition application has been on hold since 2010.

Senator Maclean said: “If the decision in February is that demolition is refused, the only option that the regulator will have will be to impose restrictions on flying in poor weather conditions.

“Planning, without doubt, know what the situation is. In a sense, you cannot link the listing and the demolition directly. It does not actually change the picture – what it has done is that it has brought it all out again and that is why the regulator is not asking us what is happening.”

On Friday, Deputy Duhamel classified the building as a Grade 2 Listed Building on the basis that it was “a rare example of airports first built in the early days of air travel”.

The 1937 building - which currently houses airport arrivals, offices and Jersey Met - was a proposed Site of Special Interest until February 2002 when a past Planning and Environment Committee removed its listed status.