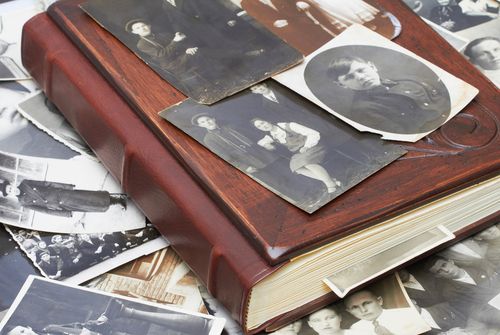 The Island is investing in the growing number of people who want to delve into their past and find out more about their long lost relatives.

Jersey Heritage is one of a number of local organisations to get a grant from the Tourism development fund – money the archive is using to boost Family History Tourism in the Island.

It’s online catalogue has over 220,000 archive records and half the people using it are from outside the Island – all potential visitors.

Jersey Heritage’s Archive and Collections Director Linda Romeril said: “Throughout the year Jersey Archive welcomes a number of family history tourists from as far afield as Bahrain, Japan, Zimbabwe and South Africa. The majority of tourists using the archive come from the United Kingdom with 26% of registered archive readers coming from the UK.

The Archive also receives visits from individuals living in communities with strong Jersey links such as Canada, Australia and the East Coast of America. Jersey Archive has 165 registered readers from Australia, 95 from Canada, 50 from America and 55 from New Zealand all of whom have visited the Archive to find out more about their Jersey ancestors.”

Mrs Romeril said a number of people holidaying in the Island visit the archive during their stay to find out more about their ancestors.

She said: “We had a family who came into the Archive last week who were on holiday. Two of the family members had left the Island when they were very young and they wanted to find out more about their Grandfather and Grandmother who lived in Jersey during the Occupation. We were able to show them photographs of their Grandparents and tell them where they lived in Jersey and their occupations during the war. The family could then go and visit the house in which their father had been brought up.”

Jersey Heritage’s application was approved by the Tourism Development Fund in 2012.

Chairman Peter Funk said: “That particular project made the case that there was a growing interest through electronic communication – a very large number of people in North America originated from the Channel Islands so there’s a huge market there.”

Last year 17 applications from the private and non-profit sector were approved by TDF, totalling £658,761.