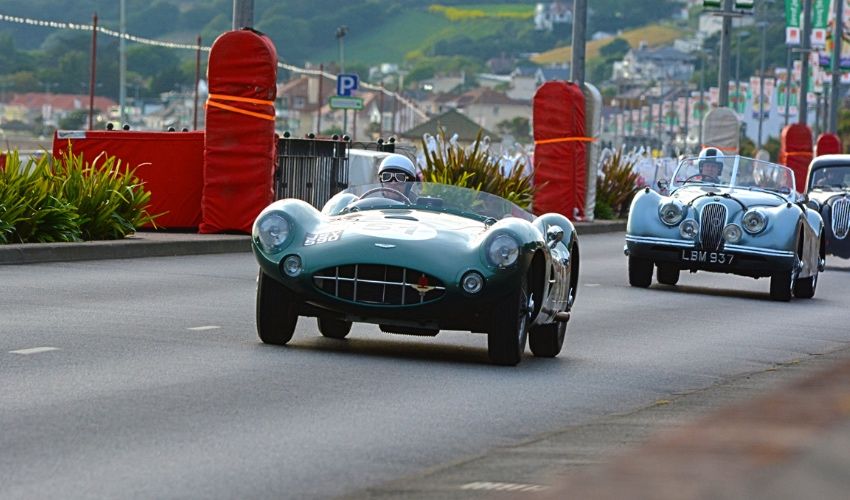 The organisers of the Jersey International Motoring Festival – which will be held over the Platinum Jubilee long weekend – have said that a decision not to allow them to close Victoria Avenue has caused them “major disruption and financial loss”.

Posting on Facebook over the weekend, the festival team said: “After some dialogue over the last week or so with the Bailiff’s Office and the Government of Jersey, we’d like to inform you of some major event changes to JIMF 2022 beyond our control.

“The Minister responsible for Victoria Avenue has rejected the permit for Thursday 2 June, so the Rolling Roadshow will not take place.

"Also, the permit for the Queen’s Pageant and Motor event from 09:30 until 21:00 on Friday 3 June has also been rejected so the Queen’s Pageant will now move to Broad Street starting at approx 10:30 and we have agreed that the Motoring Festival Sprint will be moved back to a 18:30 start time on Victoria Avenue (similar to the time slot of previous years).

“Discussions took place in November and January with paperwork for this event being submitted to the minister’s department on 10 Feb. It doesn’t appear to have been looked at until last week despite constant requests for updates.

“Getting this news at such a late date in the events planning has caused major disruption and financial loss however the organising team are busily rescheduling to make sure this great event will happen.

“We apologise for this late change of plans and any inconvenience this has caused.”

In response, Steve Cartwright, Chief Officer of the Bailiff’s Office said: “I can’t speak for the Government but the Motoring Festival wanted to close the Avenue for various parts of two Bank Holidays and it was felt that closing such a significant arterial road during four days of festivities would lead to traffic grinding to a halt.

“Despite recognising the importance of the festival, it was felt that, on balance, closing the Avenue during the day would cause too much disruption to those islanders who want to pass that way but will not be visiting the festival.

“That said, the Avenue will be closed for the Moonlight Sprint on the Friday night, which is an established event and is always popular.

“Also, although the festival has its own marshals, closing Victoria Avenue would require the involvement of honorary police officers, who will already be busy with Platinum Jubilee events.

Mr Cartwright added: “With regards to the Jubilee Pageant, we did originally look at combining that with the festival, but concluded that it would be less disruptive to bring that event more into the centre of town.”

Addressing the festival organisers’ claims that decisions had been last minute, Mr Cartwright conceded that some had been made late, but that had been on both sides.

“We did have to make quick decisions, but we firmly believe they are the right ones,” he said. “At the end of the day, we have to balance the needs of the festival with the rest of the island, on what will be a very busy four-days of island-wide activities and events.”

A Government of Jersey spokesperson said: "It was felt that closing Victoria Avenue on Thursday 2 June would not be viable due to the conflict with the Queen's Platinum Jubilee Beacon initiative. There was concern about the lack of consultation with stakeholders and residents, and parish officials were also concerned about the traffic impact and resourcing, with many other Jubilee celebrations and a major dance event already scheduled. Closing the Avenue on a Bank Holiday Friday would only realistically be viable for an evening event."

Posted by Harry Helier on May 17th, 2022
A welcome decision for many who live on the Inner Road. Closure of the avenue always bring increased traffic congestion, noise & additional pollution.
Posted by Paul Troalic on May 17th, 2022
Surely islanders can put up with a little inconvenience during this very important and unique anniversary?
The petty mindedness of sone people who should really know better is quite unbelievable. This again indicates the islanders total reliance on vehicles when we should be encouraging less use. How people that live on this road can complain is quite beyond me. Town is minutes away even on foot.
This is yet another crazy decision by our government that puts yet another mail in the coffin of tourism as many that will be competing will be visiting drivers.
Posted by Harry Helier on May 17th, 2022
The concern for many who live on the Inner Road is when the avenue is closed, the Inner Road has double the volume of traffic, double the noise etc. Most homes face the road unlike the avenue which only has properties on one side.
To place a comment please login Login »