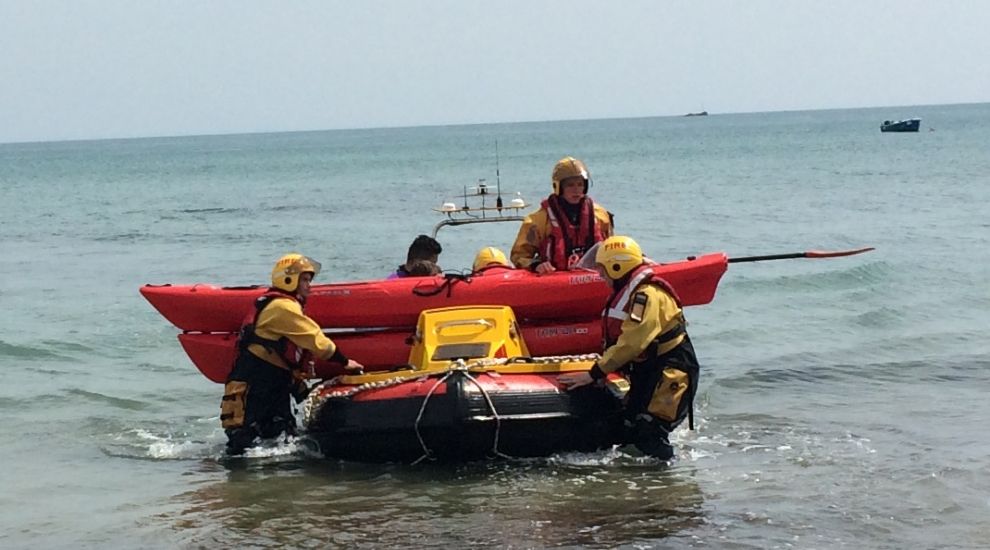 Jersey Fire and Rescue service Inshore Rescue Boat and two RNLI Lifeboats from St.Helier were involved in the search and recovery of a swimmer off of Green Island in very difficult conditions.

At 8.20pm last night the emergency services received a call from the Coastguard asking for assistance with an incident at Green Island. Seven firefighters from Blue Watch responded, five in a Land Rover with the Fire Inshore Rescue Boat and two Rescue Swimmers in another Land Rover.

On arrival at Green Island information was received that one person had been rescued from the very rough sea by a member of the public who was very experienced in extreme water conditions. They reported that they were unable to reach a second person who was also in the water and that person was drifting out eastwards.

Due to conditions the Fire Inshore Rescue Boat was unable to launch at Green Island and Launched at La Hocq. Conditions at sea were extremely rough making the search very difficult. The Fire crews were able to liaise with the RNLI in between Green Island and La Hocq where the missing swimmer was located, the casualty was placed on the RNLI Inshore Life Boat and a member of the Fire Crew transferred to the RNLI Boat to assist with medical treatment as they made their way back to St.Helier.

The casualty was then handed over to waiting Paramedics for further treatment before being transported to hospital by ambulance.

“We extend our deepest sympathies to all those affected”