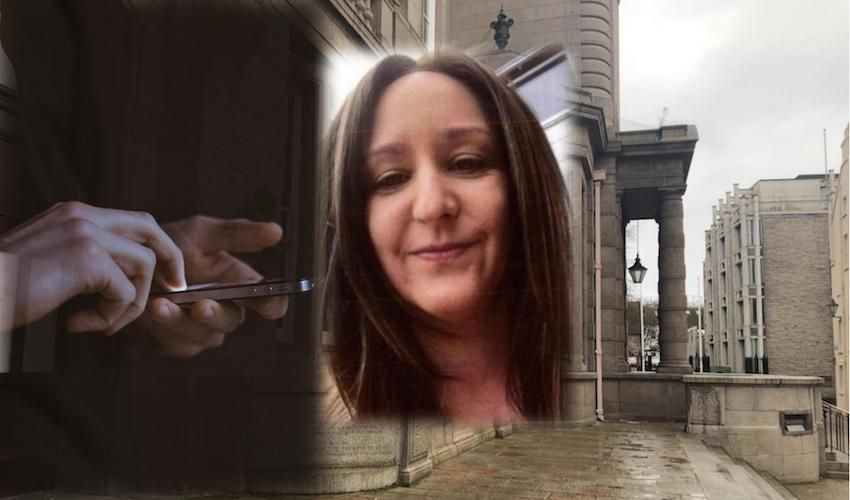 A man accused of murder and his alleged victim exchanged ‘love yous’ via text in the days before she disappeared, the Royal Court has heard.

Text messages exchanged between Jamie Lee Warn (55) and the woman he is accused of killing, Zsuzsanna Besenyei, have been shown to the jury as the trial into her death and disappearance enters its second week.

Mr Warn denies the charge of murder and two counts of perverting the course of justice which allege that he lied to Police during their investigation of Miss Besenyei's death and disappearance.

The text messages were produced as part of a presentation compiled by a Crime Analyst for the States of Jersey Police that connected telephone communication between Mr Warn and the 37-year-old hotel worker with the CCTV footage and cell site data evidence which has already been heard by the Court.

Constructing a timeline of what the prosecution claim happened in May of last year when Miss Besenyei went missing, the Analyst was tasked with investigating data records for the defendant’s, and the alleged victim’s, phones in relation to other evidence in this case.

Pictured: The Court heard that Mr Warn and Miss Besenyei exchanged text messages in the days leading up to her disappearance.

The Court heard that, in their text messages over the days leading up to Miss Besenyei’s disappearance, the pair referred to one another as “honey” or “honey bear” as well as exchanging texts of a sexual nature.

The jury have already been told that Mr Warn admitted receiving naked pictures from Miss Besenyei in his Police statement taken the day before her body was found by a dog walker at Stinky Bay. In this statement, he denied having a sexual relationship with the hotel worker, but a subsequent statement taken by Detective Constable Caroline Foord on 23 May Mr Warn admitted engaging in oral sex with Miss Besenyei which would take place at his house, or in a car parked at a remote spot near Les Charrières Hotel where they used to work together.

On 9 May – the day before the prosecution claim Mr Warn murdered Miss Besenyei before hiding her in the boot of her car for three days and dumping her body on a beach at low tide – the Court heard that the pair wrote each other texts saying “love you.”

Video: Jamie Lee Warn leaving the Royal Court after the first week of his trial finished.

Answering questions from Defence Advocate James Bell, representing Mr Warn, the Analyst confirmed that she was also tasked with examining data from two other phones within her investigation as well as Mr Warn’s and Miss Besenyei’s.

The Court have also heard testimony from a Specialist Watch Officer from Jersey Coastguard who mapped potential routes – called 'drift patterns' whereby Miss Besenyei’s body could have ended up at Stinky Bay on 16 May.

This Officer told the Court that he was asked to examine three scenarios which were as follows:

Using software which predicts the way in which an object would drift based on tides and currents, the Officer said that although it wasn’t possible to exclude any of the scenarios, the third scenario was “most probable” given the date and location of the discovery of Miss Besenyei’s body.

In the first week of the trial, the jury have heard from Miss Besenyei’s ex-boyfriend who was attempting to rekindle their relationship in the week before her disappearance, the CSI tasked with investigating Miss Besenyei's abandoned car and the defendant's home address as well as a Pathologist who found that Miss Besenyei had suffered a fracture to her neck consistent with “direct pressure” being applied to the throat.