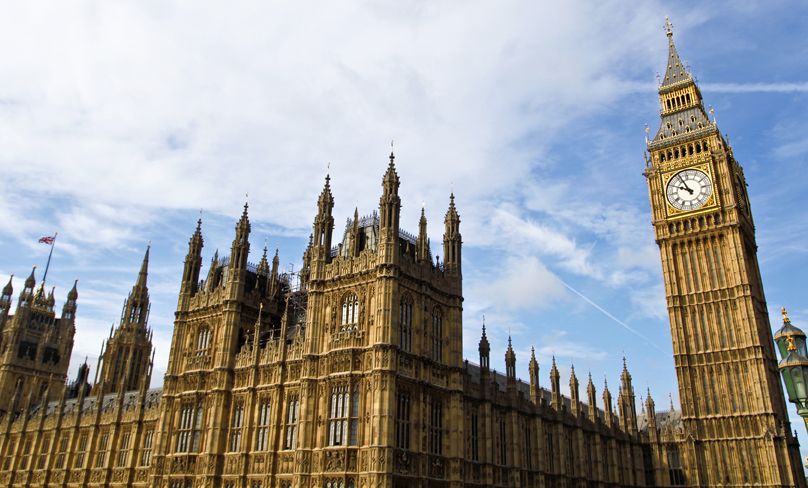 Jersey has narrowly escaped being forced to publish the owners of companies registered in the island as part of UK attempts to clamp down on money laundering.

The proposal came as an amendment to the Sanctions and Anti-Money Laundering Bill debated in the House of Commons yesterday, which aims to expose those who may be sheltering funds linked with criminality, terrorism and corruption in Britain.

If approved, it would have seen Jersey forced by the UK government to make its existing company ownership register publicly available, meaning that around 20,000 properties owned by Jersey-registered companies in the UK would have had their true owners revealed.

Video: The Shadow Foreign Affairs Minister, Helen Goodman MP, hits out at the "corruption" enabled by the Crown Dependencies, while the Minister for Foreign and Commonwealth Affairs, Sir Alan Duncan MP, expresses concern over the financial implications of making ownership registers public for the Crown Dependencies.

Blasted as “unconstitutional”, the legislation – lodged late last week – led the Chief Minister to make an eleventh-hour trip to Westminster to argue for the island’s exclusion from the measures. After securing the Government's agreement to try and amend the bill to protect the Crown Dependencies, the plan was ultimately unsuccessful as the necessary amendment was rejected as coming too late.

But in the end, the proposal was binned at the last minute anyway as part of a “significant concession” by the cross-party team of MPs – including Labour grandee Dame Margaret Hodge and 21 rebel Conservatives – proposing it.

They said that they would respect the autonomy of the Crown Dependencies - focusing instead on the Offshore Territories - but reaffirmed that the islands remained firmly in their sights.

“Parliament will expect Her Majesty’s Government to make the point persuasively that we hope that the Crown dependencies will embrace the same ethical position and equal transparency, and accept that what is sauce for the goose is also sauce for the gander,” Andrew Mitchell MP said.

And here is the moment my and Andrew Mitchell's amendment officially became part of the Bill! #SanctionsBill #SAMLBill #TackleTaxHavens pic.twitter.com/dzSOSYaW43

The stance was strongly backed by the House, with numerous MPs supporting an equal clampdown on Crown Dependencies and Overseas Territories, such as BVI, which did not escape the new legislation.

Outlining the scale of the problem created by what she sees as tax havens, Dame Hodge commented: “The National Crime Agency reckons that around £90 billion a year is laundered through the UK. We know that developing countries lose three times as much in tax avoidance than they get in all the international aid that is available to them… We know that, in the past 10 years, £68 billion has flowed out of Russia into our overseas territories. That is seven times more going to the overseas territories than has come to Britain. We know that there are 85,000 properties here in the UK that are owned by companies registered in our tax havens, half of which are in just two constituencies in London, and a sample survey done by Transparency International suggests that two out five of those properties have Russian owners.

“Tax avoidance and financial crime are not trivial irritants. The problem is widespread and it is corrosive. If we fail to act, we are complicit in facilitating the very corruption that this Government and this Prime Minister have told us that they are determined to tackle.”

The Tax Justice Network - a lobby group calling for the end of "anonymous companies" - added their voices to the calls for Crown Dependencies to be subject to the same legislation as Overseas Territories.

Following todays historic vote the UK must also address secrecy in the Crown Dependencies and support the Overseas Territories to alternative development paths – which prioritise the well-being of their most marginalised citizens https://t.co/aHxGKz4Ti6 #tackletaxhavens

While Jersey is not off the hook, the decision not to press forward with the amendment for Crown Dependencies was welcomed by the Chief Minister, Senator Ian Gorst.

He said he was “pleased that the UK Parliament has chosen not to seek to impose its will on Jersey, in direct contradiction to constitutional convention”, adding that the decision “recognises the constitutional autonomy of the Island, and preserves the established historical relationship between Jersey and the United Kingdom.”

The Chief Minister maintained that the island was committed to transparency, but made no guarantee that the island would make its ownership evidence trail public as the House of Commons requested.

He added that the consideration of any new anti-money laundering directives would be done “in our own time.”

The Chief Minister @Ian_Gorst has released a statement following the withdrawal of an Amendment to the UK Sanctions and Anti-Money Laundering Bill that attempted to legislate for Jersey.https://t.co/Ke0E5THxQM pic.twitter.com/cNupCoPh5a

Jersey Finance this morning described the withdrawal of the amendment as a "sensible and pragmatic result for the jurisdiction", stating that the high-profile debate had given the island "another opportunity to clarify its approach to managing and sharing beneficial ownership information."

"Information on our central register, which is tried and tested for almost three decades, is available to the people who need that vital information and we are constantly working with law enforcement agencies and other relevant authorities to ensure that they have everything they need," CEO Geoff Cook commented.

He added: "We will continue to work closely with the UK and international regulatory bodies to ensure that we remain a first-class transparent centre of excellence."